An anchor in uncertain times

Riddle Fence began in 2007 as a one-off publication to coincide with the 20th anniversary of the Writers’ Alliance of Newfoundland and Labrador (WANL). The brainchild of a team of local writers – including Mark Callanan, Shoshana Wingate, James Langer, Patrick Warner, Don McKay, Carmelita McGrath and others – it turned out to be so successful that the following year the writers incorporated the journal as a non-profit, established a volunteer editorial board and developed a regular publication schedule. In 2008 and 2009 it published two issues annually, and from 2010 onward became a thrice-yearly publication. Over the years the journal has hosted the writing of Michael Crummey, Lisa Moore, Agnes Walsh, Robert Chafe, and many more.

From modest beginnings, Riddle Fence has grown into a project firmly anchored in the provincial – and national – literary scene. Or perhaps not so modest.

Describing themselves online as “upstarts” and “rabble-rousers”, from the beginning Riddle Fence sought writing and essays “that were more intellectual, more creative, more representative of the contemporary writing that was coming out of the province,” Executive Director Tamara Reynish explains. Modesty plays second-fiddle to the confidence and pride in her voice.

Recognition came fast. In 2009 the journal was declared Best New Canadian Literary Magazine by Quebec-based Vehicule Press, and in 2010 was selected by the Writers’ Trust of Canada as one of the best literary journals in the country.

Bringing the literature of Newfoundland and Labrador to the world

But the journal doesn’t just seek recognition for itself: there’s the matter of having our literature and our writers (and artists) recognized and acknowledged more broadly as well. The geographical isolation of Newfoundland and Labrador has, it is often suggested, been the wellspring of so much of the creative inspiration driving our artists and writers. But it can serve as a double-edged sword, imposing a barrier that often keeps our creative productions from permeating the rest of the country and achieving the broader recognition they deserve. It’s why so many of our artists leave the province, and indeed why many of those who achieve acclaim here now make their homes elsewhere. And it’s a dynamic that Riddle Fence set itself to challenge, and perhaps change entirely.

“The idea is that we want to put our literature alongside the literature from other parts of the country, to give our literature a place literally alongside, and also to limit the geographical isolation of our literature,” explains Reynish. The journal accepts submissions from all over the country and all over the world, but what it presents is a carefully curated balance of local works juxtaposed with those of artists from farther afield.

“It normalizes our literature in a way, to have it alongside something from New York, or something from another province. That’s the idea…to normalize and cut out some of the bias.”

It normalizes our literature in a way, to have it alongside something from New York, or something from another province. That’s the idea…to normalize and cut out some of the bias.  – Riddle Fence Executive Director Tamara Reynish

It’s a daunting mission but a worthy one. It comes as no surprise that this province – more than any other, it often seems – punches far above its weight (and small population) when it comes to the creative arts.

“I think it’s the reality of Newfoundland and Labrador,” Reynish says, reflecting on the matter. “I think it’s the stark reality of it. People here are more real, and wanting to express and convey that reality is inherent in your DNA. And I think that happens to you whether you’re born here, or from away. I think that inherent creativity inspires it in other people, too. And I think we have an extremely supportive literary community in Newfoundland and Labrador. Writing and making art is so solitary, but here you can get the supports to crawl out of your studio and office and get feedback on what you create.”

It’s a pretty vision, but one sullied ever so slightly by the dramatic socio-economic and political changes that have been wrought in this place in recent years, and which offer a “stark reality” of a very different sort. Cutbacks to the arts and the meagre salaries and uncertain grants on which even the province’s most well-known writers and artists must eke out a precarious livelihood offer sad testimony to the fact that the “supports” so necessary to cultivate an arts scene – let alone a ‘creative economy’ – are still sorely lacking from the political and economic corners whose responsibility they ought to be. Reynish doesn’t say this, of course: non-profits daren’t make political commentary of that sort, but it’s evident in the fact that Riddle Fence’s editorial board and board of directors are all volunteer. They have a few contractual positions thanks to grants, donations and fundraising, but even Reynish herself draws only a part-time salary. It is therefore left to the likes of us (who are not beholden to such grants: we starve on our own dime, for better or for worse) to point out the sad irony that a journal which outshines any production of the provincial government and draws attention to this province on the shelves of bookstores and shops across the country is produced by a team of underpaid and struggling artists and writers not for a decent paycheque (which they would gladly receive, I’m sure) but for the love of their craft, and the love of this place.

“It is,” Reynish sums up politely, “a labour of love.”

In the journal’s inaugural edition, reported Heidi Wicks in The Telegram’s 2007 coverage of its launch, editor Mark Callanan said of their name “that a riddle is one of the oldest forms of literature, while “fences keep things out or keep things in,” referencing a country that is “torn between its storied past (both a burden and blessing) and the allure of the future.”

And what role do artistic and creative endeavours like this play in turbulent and uncertain socio-economic times like the present? A vitally important one, says Reynish.

“Literature and art are record-keepers. They track the history and culture and occurrences of a certain place. In a hundred years you’ll be able to read a story by somebody and get a sense of that event, whether it’s accurate or fantastical.”

A heavy responsibility for this “labour of love”.

A new year, a new issue

Barely a month into the new year and the hard-working folk at Riddle Fence have launched Issue 16, with a boisterous celebration at the Leyton Gallery of Fine Art in downtown St. John’s. The launch event was in fact a celebration for the previous issue as well (they’ve been so busy putting out publications they haven’t had time to celebrate them all properly; a reversal from the problem plaguing most journals I’m familiar with, which are normally behind schedule in their publications rather than their celebrations).

What can readers expect? Issue 15 – already in bookshops last year – features (among much else) cover art by Will Gill, and a special feature by Canadian curator Mireille Egan on art as seen through the widely acclaimed Eastern Edge Marathon. The new issue – #16 – is a special dual issue, half produced by the local Riddle Fence team and half produced by littlefishcartpress. Littlefishcartpress is an Ontario-based team that used to run a nationally acclaimed poetry press, and they’ve assembled a “taster” of what they consider the most important American contemporary “poets of interest”. The local material for the issue includes a special feature by local artist and playwright Sara Tilley on artists living with chronic pain, along with creative works by Shannon Webb-Campbell, Anne Simpson, Karen Solie, and James Langer. In an interesting twist they’ve introduced a feature whereby an editor critiques and engages with a work in the same issue, trying to promote dialogue around the material contained in the journal’s pages. Reynish notes with some pride that as far as she’s aware, they’re the only journal in Canada conducting that sort of editorial self-critique.

Riddle Fence: in a land bracing for an uncertain future, it is indeed cause for celebration and appreciation that a vehicle for this province’s creative visions can not only take root but even grow in the midst of such challenging and adverse conditions as those which face creative producers today. And they have their eyes firmly set on the future; on providing a future for the artists whose voices are heard across the country through its pages. Sustainability is their goal, Reynish explains, but it’s one toward which they are still striving. They hope one day to have enough subscribers, donors and funding to establish offices “and continue trying to help writers and artists become established, and continuing to launch more careers.”

What does the future hold for Riddle Fence, and for our province’s determined and struggling writers and artists? Such a question is a riddle indeed. But whatever the future holds, the journal’s accomplishments bear witness to how much a team of dedicated and talented creators can achieve when they set themselves lofty goals; and to the power and determination of the creative drive in Newfoundland and Labrador.

For more information on Riddle Fence and how to subscribe, purchase copies or submit material, check out their website at www.riddlefence.com. 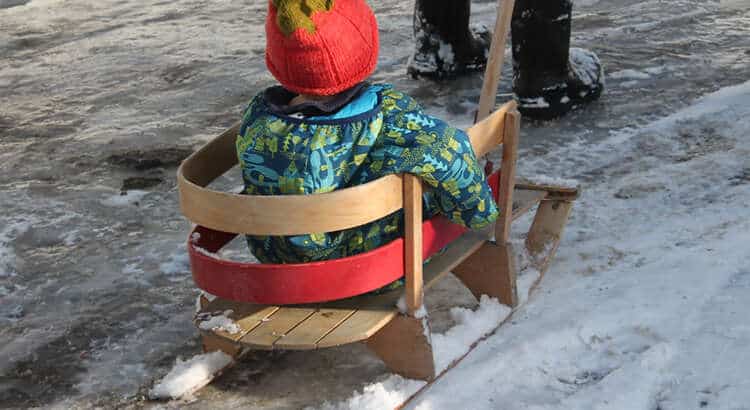 Doing it all…wrong?
Sometimes we all need reminding that nobody's perfect 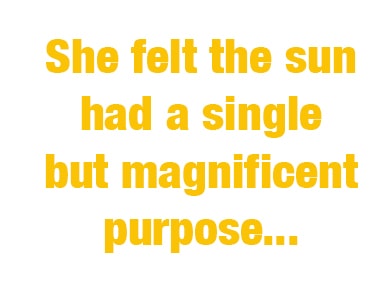