[This very short story was written in response to the editor’s request for a creative commentary on the NL tourism industry. The views and opinions expressed do not necessarily reflect those of The Independent or its affiliates. No tourists were harmed in the creation of this story.]

We were downtown on a sunny day when a cruise ship sailed into the harbour. A city block, tall as Atlantic Place, long as Bull Cook’s stretch of George Street, pulled up and parked on the waterfront.

A portal opened, a staircase descended, and two thousand camera-clad tourists emerged. They wore hiking boots and carried those little ski poles people use in summer. Many went to take snapshots of the metal dogs in Harbourside Park. Others got on tour buses bound for Ches’s, or the Fluvarium, or other such attractions nearby. They scoured the shops for relics, buying the best of the ugly sticks and little pots of jam. They bought up all the Sou’westers, peppermint knobs, and 45 year aged Screech.

Then the ship let out a bellow so loud it was heard in Carbonear. As quickly as they came they left, the tearing away of a band-aid. It was as if the city was squirted with desalinated water and put on a slide, the essence of the place swabbed into a Petri dish, the “there” and “then” of the moment peeled off like the skin of a shallot. The coast guard and navy vessels sounded a celebratory farewell and the massive ship squirmed through the sphincter of the Narrows.

Then we locals looked around, the one at the other. It was the feeling of oblivion, a sudden numbness, the blankness actors feel after a performance that didn’t come off right, those shows without ovation, curtain call, or applause. “What did they think?” we collectively whisper. “Did the culture vultures find our liver sufficiently succulent? Did the nostalgia pilgrims taste the holy waters for their hemorrhoids and sciatica and varicose veins? Was it everything it was supposed to be?”

Standing on the waterfront, watching the ship creep out of view, we answer: “Maybe they heard the jackhammers pounding. Maybe they saw the outstretched hands begging for change. Maybe it is us sitting in the audience, and this play is more tragedy than farce.” 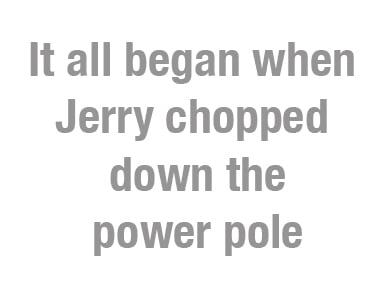 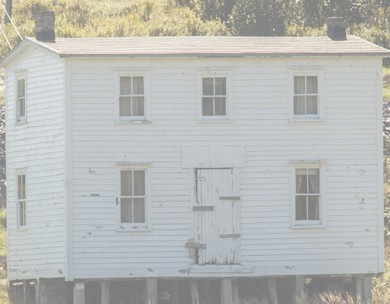 This house keeps secrets
Well, the floorboards will not betray you if you choose; the doorhinge will stay complicit as you walk away and into the morning fog, alone…