Greg Malone dressed in drag and Ron Hynes started a sing-along for a fundraiser at the D.F. Cook Recital Hall in St. John’s on Tuesday night.

The event was put off by Vibrant Communities, a cross-Canada organization aiming to reduce poverty in individual communities.

Ron Ellsworth, the chair of Tuesday night’s fundraiser, says the project is about making little changes, like “helping people with… simple things, like babysitting, like basic education, like getting them out into the community.”

“It’s not about getting to the end,” says Ellsworth, “It’s about starting the journey.”

A silent auction preceded the show and included artwork, jewellery, and locally-produced rum.

The show they came for

Inside the hall, audiences settled in to see the headlining acts. The laughter began as soon as Greg Malone shuffled onstage dressed as “Flo,” and created a lengthy dialogue with the imaginary “Pat.” Flo addressed such topics as her dog, her gay son, Gary, and coming to grips with technology, such as using a cell phone and a Hotmail account.

Ron Hynes followed, with a four-song set that ended with his classic, “Sonny’s Dream.” He asked everyone to sing along, then just “the women over 40.” Voices swelled in the audience, until Hynes asked for just “the men under 20,” and the crowd went silent. He spent the rest of the chorus joking about his “mature” audience.

But a mature audience may have been expected, with tickets priced at $75 per person. Project Associate Ruth MacDonald says Vibrant Communities raises funds to match other charitable donations.

“Once you have matching partners, and we have over 200 in our city now… we have enough partners that we can continue to do what we want to do,” MacDonald says, noting that Vibrant Communities may or may not finish up in 2012. 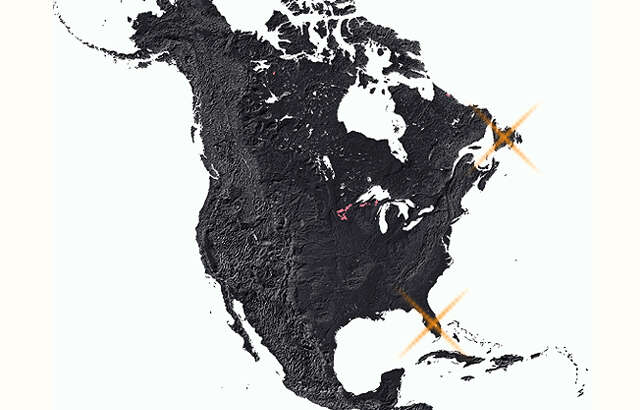 The same except for the differences
The Fla/NL connection