Why are there limitations on whose art can be procured?

Did you hear the interview with Derrick Dalley, our minister of culture, on CBC’s Weekend Arts Magazine? The question was: Why is renowned artist David Blackwood not eligible for inclusion in Newfoundland and Labrador’s Art Procurement Program (APP)?

First, Dalley blamed the Visual Artists of Newfoundland and Labrador (VANL). In 2008, when he stressed he was not the minister, VANL recommended that only people who had lived in our province for the last 12 months should be eligible for consideration for this program. He then asked what is our alternative? Should Mary Pratt not be eligible, because she was not born here? He concluded that he is very proud of the program, because we spend more on art procurement than is the norm in the rest of Atlantic Canada.

UNESCO has long advocated a 2% policy. Most European jurisdictions, as well as Quebec, have moved to at least a 1% policy. One out of every 100 dollars spent on building things should be spent on art.

We spend less than one hundredth of one percent.

This year our province will spend 1.5 billion dollars on capital investments. We will spend $125,000 on purchasing art. The math is so hallucinating, I will do it for you. For every $1,000 we invest in improving the physical assets of the province, we spend an amazing 7.9¢ on procuring art. This is a 12,700 to 1 ratio.

No wonder VANL wants to make sure this pittance stays here. VANL did not recommend this restriction because they are nativist, but because there is so little on offer. Minister Dalley should be ashamed for having suggested that this was ever a consideration.

Our government spends a great deal of money: six and half billion dollars this year. It also talks a lot about how important art and culture is to Newfoundland and Labrador. But it is only talk. Our provincial government does not invest in, let alone support, art or culture.

The federal government funds our arts organisations four to five times more than does the province. Oh yes, and just in case you were wondering, constitutionally, culture is a provincial, not a federal responsibility.

‘Pop’ goes the art show
Bill Rose defects from the gallery system, embraces ‘Artocracy’, and celebrates his 60th by giving the integrity of local art a shot in the arm. 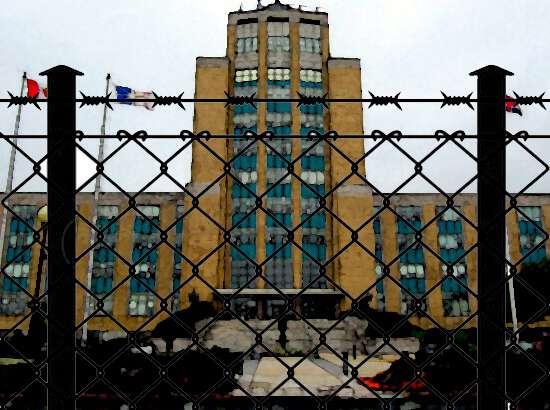 Six reasons why the new access to information laws are gonna be AWESOME
Sometimes, you gotta look on the bright side