On Tuesday St. John’s became the first Canadian city to raise the Trans Pride flag as part of its Pride Week celebrations, but the question remains: Are there enough colours in the spectrum to represent all the ways people identify in terms of sexual and gender orientation?

On Tuesday the City of St. John’s marked an historic first in Canada when the Transgender Pride flag was raised alongside the Pride flag to acknowledge and celebrate both the Trans and LGBTQ (lesbian, gay, bisexual, transgender, queer) communities as part of the capital city’s annual Pride Week celebrations.

The symbolically progressive act comes at a time when LGBTQ and transsexual people continue to struggle for equal rights in Canada and the province.

In 2005 Canada enacted the Civil Marriage Act, becoming the fourth country in the world to legalize same-sex marriage. The Act provides a gender-neutral definition of marriage and allows people to legally marry based on their love for each other, regardless of their sexual or gender orientation.

However, social obstacles like homophobia and transphobia continue to make life difficult for many who identify as gay, lesbian, bisexual, transgendered, transsexual, queer, or other unconventional form of gender or sexual orientation. In schools, sports clubs, churches and other social institutions, people who do not identify as heterosexual still frequently face discrimination and marginalization.

Last March the House of Commons passed Bill C-279, which proposes “gender identity” be included as a prohibited ground of discrimination and that gender be a relevant factor in hate crimes sentencing under the Criminal Code of Canada. It passed with a 149-137 vote and had the support of 18 Conservative members, including three cabinet ministers, but hit a roadblock when it did not make it to a final vote in the Senate before summer recess. If Canadian Prime Minister Stephen Harper, who voted against the bill, prorogues parliament in the fall to deliver a new throne speech, the bill could be sent back to the first-reading stage.

While the rainbow-coloured Pride flag originated as a symbol for the American gay rights movement in the late 1970s, it has since been embraced by the wider, growing gender and sexual orientation rights movement. But as individual and societal understandings of gender and sexual identity continue to evolve, so too does the concept of a single ‘community’ that both celebrates the diversity of its members while striving to advocate for a plethora of unique issues and concerns.

The Trans Pride flag was born in 1999 and was described by its creator, Monica Helms: “The stripes at the top and bottom are light blue, the traditional color for baby boys. The stripes next to them are pink, the traditional color for baby girls. The stripe in the middle is white, for those who are intersex, transitioning or consider themselves having a neutral or undefined gender. The pattern is such that no matter which way you fly it, it is always correct, signifying us finding correctness in our lives.”

A voice for trans issues and concerns

Jennifer McCreath, a vocal St. John’s-based trans and LGBTQ activist who says she faced discrimination as an employee of the Government of Newfoundland and Labrador when she lost her job as a senior policy analyst for the Office of the Chief Information Officer in 2009 after coming out as a transwoman, was invited to represent the trans community and raise the pink, blue and white flag at St. John’s City Hall on Tuesday.

Marking another historic first, McCreath also announced her candidacy for a seat on St. John’s city council. No open trans person has ever held a position in public office anywhere in Canada, she says.

McCreath, who now works as a Communications Technician for the Royal Newfoundland Constabulary, co-founded St. John’s Pride Inc. in 2010 but left the organization and boycotted its Pride Week events last year, alleging its members and supporters weren’t sympathetic to the unique issues and priorities of the transsexual and transgender communities.

To begin to “fix bridges that have been broken” in the LGBTQ and trans communities, St. John’s Pride Inc. decided to fly the trans flag in 2013, Pride Week organizer Perin Squires told The Independent on Wednesday.

“There’s a lot of transphobia in the LBG community,” said Squires, “but this year our theme is community because as far as we know the schism in St. John’s has been getting worse.

“The Pride flag is supposed to encompass everybody, but that’s not what it represents right now,” he continued. “Eventually it will, but right now when you see (the Pride flag) everyone thinks ‘gay pride’ – no one thinks the transgender people are there too, or the gender-queer people, or the drag people, or all those other (groups) underneath the trans flag. So we thought it would be a really good idea to do it.”

Though she didn’t speak at Tuesday’s flag raising ceremony at city hall, McCreath announced on her blog that she “embraces the opportunity for gay and trans folks to come together and form a sense of community,” but that she is also “cautiously optimistic” that the issues affecting transgender and transsexual people will be adequately addressed. She feels municipal and provincial governments and opposition parties have neglected issues of trans rights: “[S]pecifically, gender identity nor gender expression appear in human rights laws or regulations at either level of government.” She is also worried about “the lack of health care products, services, and funding, for transgender/transsexual related medical conditions, that have been deemed medically-necessary by doctors,” she wrote, adding she also has concerns “that many trans people suffer from underemployment and unemployment, as well has have challenges finding access to rental housing.”

For an in-depth Q&A with Jennifer McCreath, click here.

Striving for inclusion and unity in Newfoundland and Labrador

On St. John’s Pride Inc’s decision to fly the Trans Pride flag this year, Squires admitted, “It’s not going to fix everything…but it’s a sign that it’s the beginning of Pride being not just gay pride.

“I think there’s enough room for everyone to work together,” he continued. “I’m not saying that everybody should be just lumped together, cause everyone is unique and different. I mean, one person’s trans experience is miles different than another’s trans experience, and I’ve tried to do speeches and stuff on gender orientation and sexual orientation and it’s just – it’s infinite. Sexuality is infinite; there’s not just gay, straight, bi, et cetera. There are so many variations on it. And same thing with gender; it’s not just man, woman and intersex. There’s gender-neutral, there are some people who are femme-presenting masculin, masculin-presenting femme, and some people who are two-spirited, which is an Aboriginal term for being transgendered. And it’s all great.

“Newfoundland is pretty progressive. We’ve still got a long ways to go but so does everybody else. Last year we had the queer conference come here, that goes around to different provinces and you basically have to bid to have your province host it. And we got it this year, and we had a lot of transgendered speakers come, like Janet Mock. And even at Memorial University, the strides they’ve taken since I started going to MUN are huge. There’s a trans needs committee there now, there’s LGBT MUN, there’s the women’s resource centre, there’s a bunch of stuff. And they do their own Pride on Campus events too, in conjunction with Pride Week.

“We’re trying to fix bridges that have been broken, and I know we can’t do it in one year; it’s going to take a bunch of years,” Squires continued. “And St. John’s Pride Inc. is really in its infancy and it’s bound to make mistakes, but hopefully we can get to a point where everyone feels included. 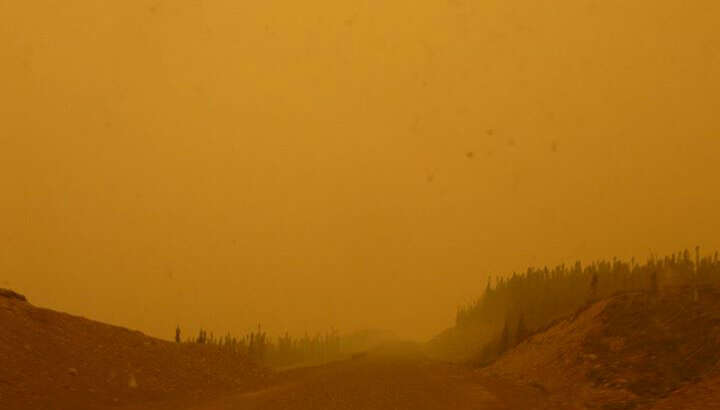 Climate change your attitude
Newfoundland and Labrador is learning the hard way: climate change can no longer be ignored.