Christmas music and tea with The Once

Ryan Belbin
# Christmas# The Once

Five years ago Geraldine Hollett, Andrew Dale and Phil Churchill played their first intimate Christmas show in St. John’s for a CBC program recording. The following year they moved the gig to Gower Street United Church and it has since grown into an annual variety show with friends and special guests like Andy Jones, Jonny Harris, Kim Stockwood and Andrew James O’Brien, to name a few.

It’s been a busy year for the local trio. After releasing their sophomore album Row Upon Row of the People They Know last fall, the band toured throughout Europe, earned a Juno nomination and spent over 200 days on the road. “It’s been crazy […] but we are very lucky,” says Hollett, pouring a cup of tea in the apartment she and Phil share downtown St. John’s. In the spacious living room are several guitars, a bodhran, mandolins, and even a trumpet – the result of a recently finished rehearsal session.

This year’s holiday show will welcome balladeer Matthew Byrne and see the return of Andy Jones, but will also feature something unique. Over the busy fall touring season the band took to a guerrilla recording regiment, inviting players and songwriters to work on the 10 songs that would eventually become This is a Christmas Album by the Once. Although technically their third album, the new Christmas album is not being mass distributed, just sold at the shows and local music stores. The band considers the disc a ‘thank-you’ to the support they have garnered at home. Many of the songs have become staples at the Christmas shows, they say, although there are more than a few surprises.

“The whole reason we’re doing what we do is because of the way we were treated, and the respect that we were given, and the love we were given,” says Churchill. “I’m very confident that this didn’t happen because we’re good at what we do or we really wanted to do what we do – this happened because people liked what we did and asked us to do it again. And when we did it again they came out – that’s the only reason. So, there’s something that’s special and personal about this record.”

Listening to them discuss it, the record sounds like quite the mix of tunes: traditional arrangements, a capella carols, and new originals that channel the likes of the Pogues and Jesus Christ Superstar. I’m a bit hesitant when I utter, “It’s such a lame question to ask – I don’t want to say what kind of feel does the album have, but that’s kind of where I’m going with it . . .”

“Well,” Hollett says, plugging her iPhone into the stereo system, “do you want to hear it?”

This is a Christmas Album

The idea for the album began a few years ago, with the thought of recording one of their Christmas shows for release. Dissatisfied with the result, but renewed of their vigour after going to the Junos and seeing both Michael Bublé and Justin Bieber have Christmas records nominated for ‘Album of the Year’, they began writing and arranging again.

“Instead of making a Christmas record, we made our third record that had a Christmas theme,” Churchill explains.

“There’s something different that’s involved in [typical studio albums]. You can keep the core of the song and the intent very appealing, but it does come to a point where it just becomes part of a cog in a machine. And this doesn’t have to be that – this is exactly what we want it to be. So you can afford to think a little bit more about the love of it than the sale of it.”

Some of the usual highlights of the Christmas shows – “The Mummer’s Carol” and “Fairytale of New York” – did not make the album cut because there are already definitive versions available, while some numbers like “Christmas Song” and “I Heard the Bells on Christmas Day” have brand new arrangements.  “You kind of expect what people want,” says Hollett, “but then you go, ‘You know what? We’ll give them what they want, but let’s give them this too, they’re going to want this!’ It’s for you too, you want to show them this new song, and it’s exciting.”

It’s one thing to listen to an album while the artist is on the couch next to you – it’s another when it’s the first time they’ve actually listened to some of the final mixes. Over the next half hour we listen to a collection of songs that dip into the Gypsy jazz tradition (“Gabriel’s Message”), the rowdy pub style (“Cause It’s Christmas”), one that deals with missing family members (Dale’s song “The Light in the Window”) and one on good-natured silliness (“I Won’t Do Christmas Without You”). It ends with the live-off-the-floor electric rock opera-esque “Oh My Rudolph,” written by Churchill and friend Jody Richardson of the Pathological Lovers.

“There would be days I’d show up at his house at 9 a.m. and you’d be all day, ’til like two in the afternoon, on one line. And you wouldn’t get it – you had to go home with this feeling of having spent five hours pounding your head against the wall. I learned more about songwriting in two weeks with him than I learned my entire life combined.”

Self-releasing this Christmas album granted The Once a new degree of creative indulgence, they say, noting their usual division of traditional Newfoundland material and originals is a response to what their audience wants.

“We are always stuck between what we want to do, what we should do, and what we can get away with. I had someone come up to me after a show in Toronto,” Churchill recalls. “She walked right up on stage as I was packing up my gear and she said, ‘I really liked it, but you need to play some more Newfoundland songs that we all know.’

“And I was, of course, ‘Oh yes ma’am, was there anything in particular that you would have liked?’ But the other little part of me was like, ‘Why? Why do I have to do that? Because I’m from Newfoundland? I don’t think I have to.’ There’s a difference between a Newfoundland band and a band from Newfoundland. I think that’s the problem, and I think we’re kind of overcoming it now – but it’s not just overcoming it, it’s the difficulty in explaining to people that you want to, and can be, both.”

“I’ll take a boat down the river, my love, and sail away to the sea.” So goes the chorus on the first track from the 2009 debut album, and since that day The Once have been steadily rowing. After two sold-out shows in St. John’s this weekend, the band is heading across the island and throughout Labrador, kicking off the new year at the Celtic Connections Festival in Glasgow, Scotland. After that, it’s back to the studio for their fourth album, which they already have songs slated for.

As my tea goes cold and the December sun sets, I can’t wait to hear what that will sound like. Probably like The Once.

For more information, including December tour dates for Newfoundland and Labrador, visit The Once’s website. 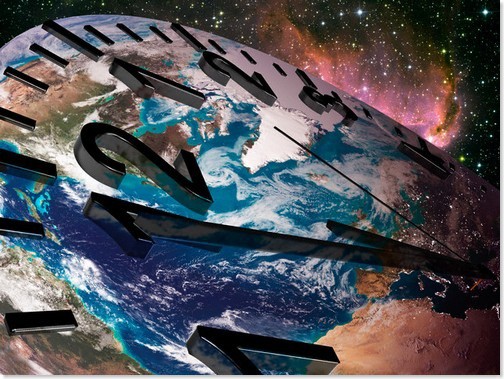 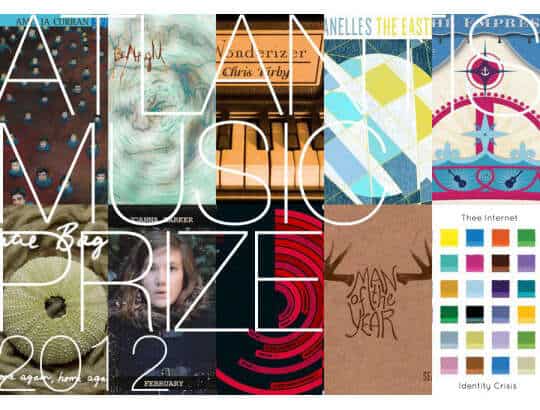 Atlantis Music Prize shortlist announced
And the nominees are...