Designer Angella Mackey, who hails from St. John’s, tells us from Sweden about her new product: a coat with built-in LED lights

Angella Mackey, a designer who grew up in our capital city, has invented a fashionable coat that provides protection and safety for cyclists and walkers. It is slated to hit the online fashion market today and has received attention in the latest issue of Martha Stewart’s Whole Living magazine, which came out this week.

Mackey’s Vega line of LED light-up coats are the result of a design she has been perfecting for the last six months while living in Sweden. However, Mackey considered the idea some time ago.

“I knew that I wanted to make the jacket a few years ago,” she said via Skype. “I did a few years of fashion school in Toronto and I knew before then. I had to wait until I learned how to create a jacket, which was taught in the last year of school.”

The jacket design debuted last March and many people showed interest in the idea.

“But I couldn’t just make it, there are a lot of details,” said Mackey. “It couldn’t be washed and I needed to get it market-ready.”

After working with electronic art, and doing clothing design as a hobby, Mackey discovered other designers using conductive thread as a means to produce electricity within textiles. “Conductive thread has a silver thread in it,” said Mackey. “I had then discovered a world of soft electronics.”

Since then, Mackey has developed the coat to be more user-friendly. It comes with a light strip that contains bright LED lights and button cell batteries. The strip snaps in and out of the jacket — it can be removed in order to be washed. The electronics can also be replaced or upgraded.

Mackey studied new media and electronics at Ryerson University in Toronto. After working with electronic art, and doing clothing design as a hobby, Mackey discovered other designers using conductive thread as a means to produce electricity within textiles. She then decided to pursue fashion design at George Brown College in Toronto.

“Conductive thread has a silver thread in it,” said Mackey. “I had then discovered a world of soft electronics.”

“I realized I had a lot of trouble with lights (on her bike) and it’s very important for safety. I always had to fiddle with them in the cold or they could get stolen,” said Mackey.

These inconveniences, and her knowledge of tiny soft electronics, paved the way for her design.

Cycling as a means of transportation has increased over time in Canada, accounting for 1.2 per cent of work trips a decade ago in 2001, a ten per cent increase since 1996, from 1.1 per cent, according to a 2005 study.

In 2001, Newfoundland had the lowest levels of cycling, at 0.1 per cent, in comparison to British Columbia and Yukon at 2 per cent, according to Statistics Canada (2003).

30 per cent of cyclist fatalities occur at night or in artificial light situations. Transport Canada advises cyclists to have lights on the front and back of their bicycles and to wear bright and reflective clothing while riding, especially at night, to reduce chances of injury.

Mackey hopes that her invention will help increase safety in a fashion-forward way. While living in Toronto, Mackey helped design a heart monitor vest and can see the potential for safety and health within fashion.

She intends to expand on her innovations.

Mackey hopes that her invention will help increase safety in a fashion-forward way. While living in Toronto, Mackey helped design a heart monitor vest and can see the potential for safety and health within fashion.

“I will spend some time furthering this jacket and maybe making it solar-powered,” said Mackey.

Mackey also stated that she may venture into other pieces of clothing, as well as different industries.

The coats are made in the small town of Borås, Sweden, located just outside of Gothenburg, where Mackey lives most of the time.

“There has been a lot of opportunities to get fabric and there are other designers there and venues,” said Mackey, of Borås.

Although located in Sweden, Mackey still considers her clothing part of a Canadian company.

“I came here searching for new adventures,” said Mackey. “I feel like I could work anywhere. You can buy my coats in Canada, in the US and Europe.”

Today is scheduled to be the first day which Mackey’s coats are commercially available online. 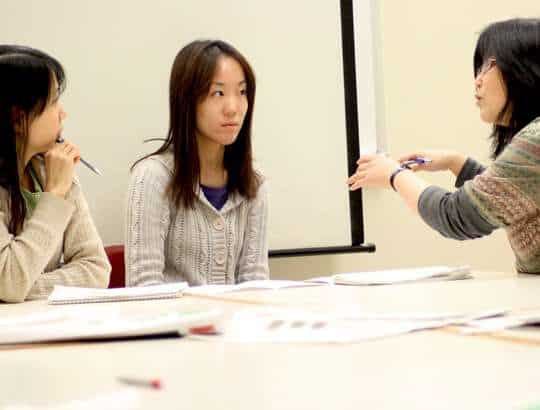 Looking for signs of green in a grey, grey world
In a special extended blog, an exploration of green on this St. Paddy's Day