Prairie songwriter Matt Epp returns to Newfoundland with a new album on hand, or two.

“I had been asking … what was the truth and who God was, instead of just trying to figure it out on my own intellect. I was asking. I was asking God and, knowing that I couldn’t trust myself or the Church or my family or anybody else—’cause we’re all trying to go on our own intellect and we all wanna have the advice that works the best and we all wanna feel smart. I really wanted to know, not to suit my lifestyle, but really just to know the truth and then try to align with it.”

Born into a Southern Manitoba Mennonite community and later moving to Alberta with his parents and siblings, like all of us, Matt Epp began his life with a particular family, in a particular place, at a particular time, and brought up with particular values and beliefs.

But the 31-year-old songwriter is aware of the risk of taking things for granted — particularly his faith — and one day the need to know caught up with him.

“I didn’t want to start going anywhere else in my life until I knew that first because I knew it was the most important (thing). And eventually this experience happened where I was praying and I was asking God and continually wanting to know the truth about Jesus and the resurrection and stuff, because that’s the stuff that really makes the difference. Otherwise all religion is kind of the same and it’s all history — it’s all history books and stuff. The cornerstone of Christianity is the resurrection, and so I’m asking about that specifically. Like, ‘Is this true? Is the bible true? I this story about Jesus and him rising from the dead — is that true?’ Because if that’s true then that changes everything for everyone, and I want to make sure I get that straight.

A message from God…

“And I got a word from God, and it was, well … hearing the voice of the Creator is profound and (it’s) very obvious who it is.”

Epp sounds moved to tears but I can’t tell for sure because we’re on the phone. It’s early May 2011, by the way, and we’re doing our second interview in just over a year. The 30-year-old (at the time) songwriter does admit though that he’s never shared his life-changing spiritual encounter with a journalist before.

“All he said was ‘Kneel’. He didn’t give me my answer or anything. He just said ‘kneel’, and … what I understood from that was ‘I am God. I am alive and I am your creator and I love you. And you’ve always known I’m here, and you just need to submit to me,’ you know?” Epp’s expression is joyful, as if his recollection has filled him with a new breath of energy.

“It wasn’t a matter of giving me all my answers that I wanted before I was going to fulfill my responsibility. It was basically a command, like, ‘I’ve always been there for you, I’ve always been faithful to you. And now it’s your turn and now I’m calling you to that.’ So that’s all what I understood from it in that moment, but all I heard was the word ‘kneel’, so I walked to a place where I was by myself and I knelt down and my body was pressed to the ground, and I couldn’t move, I couldn’t open my eyes, and there was a hand on my shoulder pressing me down. But I couldn’t move.

The emergence of a truth

“Everything was changed. I wept there for, I don’t know how long, but (I was) overwhelmed with gratitude and being afraid and everything, but knowing how profound this moment was and getting that kind of answer, and that action of kneeling was my action of submitting and my vow to God that my life was his after that. Regardless of what struggles go on through my life, that’s my vow to continue making an effort in his direction and trying to be like Jesus.

“So that’s my experience, and when finally the hand was taken off my shoulder and I could stand up again I was the same person but something had changed in a major way, and I had to sing. I couldn’t — every time I would try I would burst out crying because it was so overwhelming. But that was it, and I had to sing, I had to sing, I had to sing. And before that I used to be made fun of for my voice as a kid, so I learned very much to be embarrassed about singing and I never sang before. So this was also profound that it was me that was singing, for some reason. And I wasn’t good at it, I just needed to do it.”

I didn’t know a thing about Epp when I interviewed him the first time, in 2009, prior to his visit to St. John’s in support of his fourth album, Safe or Free (read the article, published Dec. 10, 2009 in The Telegram, here). But the theme he was exploring on that record — safety versus freedom and whether we can maintain any satisfying degree of one without sacrificing the other — struck me as an important thing to think about. My respect for him was born.

When we spoke again in April 2011, prior his return with his new band The Amorian Assembly, I had been curious about the transformative “supernatural” experience I had recently heard about. You just read the response he shared with me. My respect for him grew, even though our spiritual motives and beliefs aren’t aligned.

Epp and The Amorian Assembly’s debut album, At Dawn, represented a spiritual manifesto for a better world, one called “Amoria”. In the May 3, 2011 article I wrote for The Telegram (which you can read here), I offered my interpretation of Epp’s “world without land,” Amoria, as “a word derived from the Latin root of ‘love’ and, to Epp, a metaphysical place where humanity’s imperfect nature is acknowledged, hypocrisy is responded to with love instead of cynicism, and which serves as a compassionate world view and form of expression.” He appreciated my take enough to feature it on his web site which, along with the Amorian Assembly’s music, was gaining fanfare wherever he toured, from Christians and non-Christians alike. The shared desire for a better world — one without political, national, ethnic or any other borders which separate rather than unite us — it turns out, may transcend even perceived religious differences.

Those performances, in May 2011, were magnificent but considerably under-attended. The tour was still young, however, and Epp, his new wife Ece and his band mates were only getting started on their tour to share ‘Amoria’ with the world.

Now, on his third trip to Newfoundland since 2009, Epp is back with a new solo effort, “Never Have I Loved Like This,” which features stripped down, relationship-inspired love songs. The album will be released by Germany’s Acoustic Music Records next month. I caught up with him at friend and local songwriter Amelia Curran’s house the evening he arrived last week. On Friday we hiked Signal Hill and found a spot on the cliffs overlooking the ocean to sit down and continue our conversation about music, spirituality and humanity.

Check back October 7 for Part Two of ‘Music, God and a world called Amoria’. In the meantime, he and opening act Steve Maloney will perform at The Ship Pub in St. John’s Saturday evening at 10 p.m. Admission is $10. 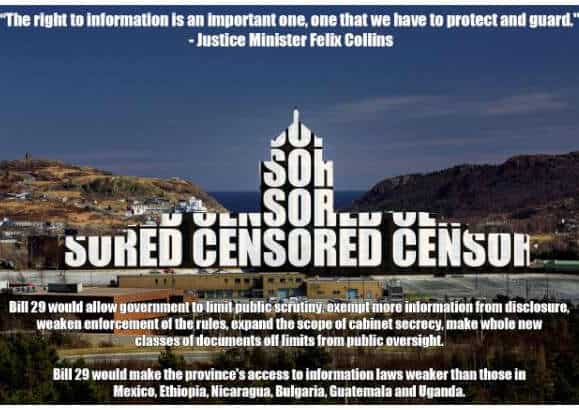 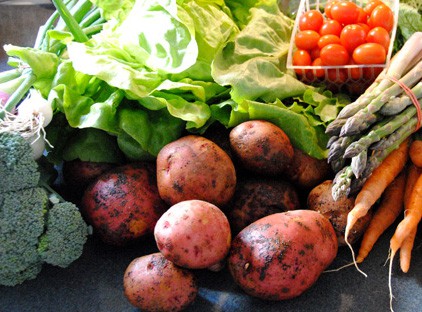 Let’s eat!
The Independent's new food issues columnist muses on the challenges - and rewards - of food in this province