Memory, Language and the Land: the Art of Marlene Creates

It wasn’t until Marlene Creates decided to ‘think oppositely’ that she found her niche.

She graduated art school and did as many artists do: she got a studio and started working, hoping that one day she would forge herself the perfect identity. Destiny would prevail and a lucid understanding of her abilities and passions would begin to shape her art.

In 1979 she started working with stones. She would carry them into her studio from the landscape and form paper casts around them. The stones were representative of power—a structure that is hardly weathered by the acts of the elements. The paper was a fragile and sensitive juxtaposition.

She says it was an unorthodox yet simple thought that was a defining moment in her work.

“One day I thought, instead of hauling all of these rocks into the studio, why don’t I just take the paper outside?” Creates told The Independent. “It was a simple inversion like that, and it changed everything.”

In the late 1960s and early 70s, the Earthworks art movement was making strides across North America. As a protest to the commercialization of art, artists rejected museums and galleries and instead rearranged the landscape in various environments on a grand scale.

Creates says the movement felt unethical to her—to rearrange what nature intended. She decided when she worked with the Earth, she would make no permanent change to the landscape. Everything would be put back where it was found when she finished making the small adjustments.

She says what matters to her is the landscape on a scale where even a stone or wave make a difference—rather than scenery or far distant views.

Paper, Stones and Water was the body of work that allowed Creates to feel like she has a place in the arts world. Her newfound identity as an “environmental artist” began to colour and encompass her work with photography, video, poetry and collaborative performance.

Her current work is inspired by the six acre ‘muse’ she calls home. She purchased her patch of boreal forest in Portugal Cove in the 2000s and says that when cultivating new ideas for her art, she never has to look any further than her own backyard.

For the past seven years, Creates has been collaborating with other artists and performers to hold on-site events as a part of what she calls The Boreal Poetry Garden.

As a part of this partnership, she invites people to her patch of land in the summertime to walk through the trails as she reads her landscape-inspired poetry and the accompanying artists perform. Each year, Creates invites different creators and philanthropists to participate, depending on the the yearly theme.

Since 2015, her themes have focused on the four classical elements. 2018 was the final one: water. Musician Katie Bragg performed original songs about the water and an environmental interpreter conducted a guided tour of Blast Hole Pond River, one of the bodies of water on Creates’ land, in aim to teach the participants about the landscape and allow them to feel connected to it.

The Boreal Poetry Garden as an on-site performance began with a practical solution to a problem Creates was facing in her work. She began writing poetry commemorating fleeting moments of her experience in the land where she lives. She would place hand-written copies of them in the landscape, starting in 2005, and photographed them as part of a body of work.

The poems, however, were becoming too long to be tangible. So instead of using photography as her medium, she started planning live performances. They’ve been a hit since the beginning, and she frequently has to add more events because of the overwhelming interest.

Creates’ work is not limited to collaboration and live poetry. Her art reveals the uneasy conjunction of culture and nature. They intersect through her collection of notable road signs in uncanny places just as well as seasonal self-portraits in river reflections.

Creates was born in Quebec and lived there for 18 years until she moved to Ontario to study visual arts at Queen’s University in Kingston.

Her maternal family is from Newfoundland, but she grew up unfamiliar with the province. It was while living in Ontario in 1982 that she decided to travel the island and introduce herself to relatives and learn more about her ancestry.

When she was visiting relatives in Lewisporte, she found out her family roots were in Fogo Island—a small and charming island off the coast of the province.

“I was just so moved that my ancestors were from this amazing place.”

Creates says she was immediately and immensely enthralled by the peculiar town. She says it’s what made fall in love with Newfoundland.

A one year curatorial intern position at a St. John’s gallery opened up in 1985—shortly after she had returned to Ontario. Creates says it was the perfect opportunity to return to the place she felt so fondly of. She applied and got the job.

“During that year I just got more and more enchanted and starting thinking, ya know, that this is where I belong—in the sense that this place just has so much meaning for me,” Creates told The Independent.

Before she knew it, the year had come and gone and Creates was on route back to Ontario. She only lasted ten months, however, before she returned to Newfoundland again—this time permanently.

“Going back to Ottawa after leaving here just felt so insubstantial to me in every kind of way,” Creates explained. “The environment, the culture. It just wasn’t a good match for me.”

Marielle Eagan, Curator of Contemporary Art at The Rooms and one of Creates’ nominators, says it was time that a Newfoundlander won the Governor General’s Award in visual arts. The awards were created 20 years ago, and Creates is the first person from the province to be recognized.

“Her work is about this place. It’s about the province,” Eagan told The Independent. “It’s tied to that patch of boreal forest next to her home where she holds events. She’s a community builder, she’s an educator, she’s an important contemporary artist locally and nationally, and ultimately, it was time.”

The award winners will be showcasing their exhibitions at the National Gallery of Canada in Ottawa between March 29 and Aug 5.

“We’re all having one or two artworks in the Nation Gallery as a small exhibition,” said Creates. “I got the dress. Phew!”

Creates has had lots of visitors since her award was announced. Mostly, though, she spends her time alone—in a way. She says she can never be truly lonely existing with nature.

Creates says her attachment with the landscape can sometimes cause her mourning, like when storms dismantle the trees and cherished parts of her land. But she’s learned to engage with the loss and incorporate it into her work.

“Everything is in constant transition,” Creates explained. “It’s actually difficult living with this much nature around you because everything’s constantly changing and there’s a lot of loss.” 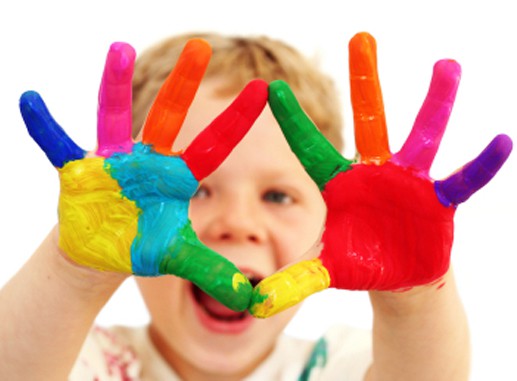 Reaping Without Sowing: Government Support for the Arts in NL 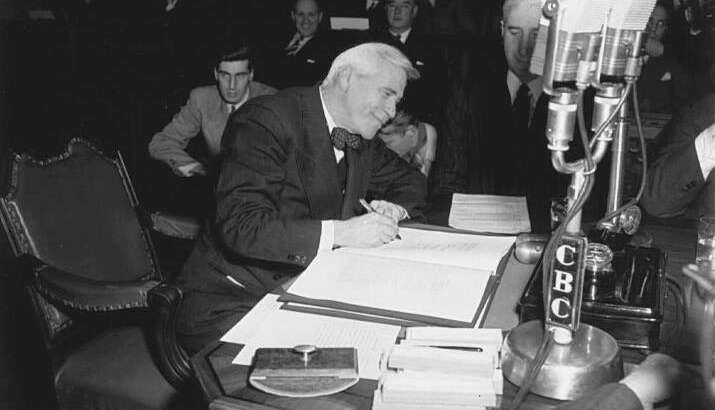