Newfoundlanders and Labradorians trying to carve themselves a niche in the fashion world often face difficult decisions. Richard Smith moved to Montreal in 2005, to study fashion at La Salle College. He reminisces about the optimism that drove him there: “The arts community was at the beginning of one of its growth phases, with new money coming into Newfoundland at the time, Danny Williams was starting to move things…”

While he excelled at his program – specializing in menswear – the more he learned, the more he felt he’d have to stay in Montreal for years to build up a place in the industry. He wanted a career that would enable him to stay in Newfoundland, and upon returning he turned to his other obsession: professional photography, where he’s now developing a successful career.

“I wasn’t looked down on at all for being a Newfoundlander; if anything that was considered a positive aspect about me.” —Richard Smith

While he’s happy for the success of some local designers, he notes that menswear serves a very different market, and one he didn’t feel Newfoundland was ready to embrace (enough to make a local business feasible). Like most of the designers I spoke with, the importance of business sense was a central discovery for him.

“You need to learn first and foremost that it is a business,” he emphasized. “And how to make a proper garment and get it out into the public; to realize that you have a market.”

One of the Newfoundlanders who’s made incredible strides in building that reputation is Rod Philpott. Originally from Grand Falls, he took off to Toronto to study fashion immediately after high school. Like Anthony Hill, he studied at the International Academy of Design. Although accepted at other universities, he chose to pursue a two-year program in order to get into the business more quickly.

“I just wanted to learn the technical things. If you’re getting a degree in fashion… nobody cares what you have on paper.”

He can’t remember precisely when his fascination with fashion started, but he does remember making prom dresses for many of his friends in high school. He’s glad he got an early start, since it meant that he took chances he might not have taken if he’d thought too hard about them.

“Now – today – I might have hesitated, but when you’re young you think you own the world. When I was sixteen I thought I knew everything.”

While attending college he took a part-time job working retail. As his job responsibilities expanded – he started handling sales and ordering in addition to customer service – the knowledge he gained about the industry proved invaluable. He met his first business partner at the same time, and 16 years ago they decided to launch their own venture, which they called Shkank.

Today Philpott is the sole owner and operator of the fashionable Yonge Street outlet, which mostly focuses on custom-designed evening wear. He has two employees to assist with design, sales and bookkeeping. Philpott’s accomplishments are impressive, with his pieces making appearances at the Miss Universe Pageant, So You Think You Can Dance, the Grammy and Juno awards, the Royal Wedding, and others. Zink, Chatelaine, ET Canada, TV Guide and others have featured his work. And these days, life is busy.

“If I don’t get any busier I’ll be happy,” he laughs. “These days I’m up at 6 and work till midnight. This year it’s insane… everybody’s getting married, and they’re all backed up with big wedding parties like 10 or 12 bridesmaids and stuff… I guess maybe the recession is over!”

Yet his success hasn’t uprooted him completely from the shores of home.

“The more mistakes you make, the more you learn, I guess. Making a dress is the easy part.” —Rod Philpott

“I go back every year,” he quickly affirms. While he spends most of his time visiting relatives, he’s positive about the accomplishments being made by Newfoundland and Labrador’s fashionistas. But he doesn’t have to go home to talk fashion with Newfoundlanders.

“I get a lot of customers who come in here who are from Newfoundland,” he points out. “They just wander in…I’ve sold quite a few prom dresses to locals who are on vacation and stuff. “

Does he ever think about moving back?

“Not yet. Maybe when I retire I will, but not right now.”

In the meanwhile, he has definite advice for the aspiring fashion designer.

“If you’re interested in a career in fashion, definitely take some business courses. All that stuff about how to operate your own business… because I didn’t learn any of that. I just kind of muddled through it. The more mistakes you make, the more you learn, I guess. Making a dress is the easy part. Actually running a business, having employees and all the taxes and all the paperwork and trying to get that done at the same time as you’re trying to be creative, it’s a bit overwhelming.”

“Or get a business partner that does it,” he adds with a laugh.

Alex Fox is one Newfoundlander who fully agrees with Philpott’s advice. She’s in her final year of the fashion program at Ryerson University in Toronto, but she doesn’t design clothes. Instead, her degree is in fashion communication. While the design students learn to make clothes, those studying the newer field of fashion communication learn to do everything else: marketing, event planning, branding, photography, graphic design, buying and selling, retail management, and even journalism (this year she was Executive Director of Communications for ‘Mass Exodus’, the largest student-run fashion show in the country).

She’s always loved organizing events, and when she heard about the program through a friend she knew it was exactly what she wanted. With only a year at MUN, she made the move to Toronto.

“I think I would have been a lot more nervous if I did it on my own, but I had a small network of mostly Newfoundlanders in Toronto to rely on,” she reflects. “I was excited to get out of St. John’s, to go somewhere bigger. I knew what I wanted to do and there wasn’t really a market for that sort of thing in Newfoundland.”

Changing the world through fashion

In her own case, Fox is determined to use her fashion skills to change the world for the better. “Rather than go with Calvin Klein, or with a company that sells shoes that make women think they’re too fat and that they should look like all these models, I want to work with a company that’s doing something bigger, and has a better vision. I don’t know if I’ll find that here in Toronto, or somewhere in Sweden, France, England…”

She’s already looking, and doing her bit to use her fashion training to help others. She volunteers with Engineers Without Borders, and later this month she’s off for a four-month volunteer internship in Ghana, where she’ll be working with local tailors in the capital of Accra to help them develop their own clothing line, as well as working with fashion design students at the Polytechnic University in the nearby city of Tamale to help teach them communications skills.

“If there was a middle ground fashion that would come to Newfoundland, I think it would be extremely successful.” —Alex Fox

But for those wishing to stay closer to home, she thinks there’s plenty of opportunity.

“I think the fashion scene in Newfoundland has huge potential. I think St. John’s can really become known for its eclectic boutique stores, whereas now we’re known for the stores that have their woolly knit sweaters, or the stores in the mall. My friends back in Newfoundland are really interested in fashion, and they come up to Toronto once or twice a year with the thousand or two thousand dollars they’ve saved over the year to go shopping. A lot of them wear all clothes that they buy in Toronto. I mean they’re mostly young people, and students, and don’t have a lot of money. But they love good fashion. If there was a middle ground fashion that would come to Newfoundland, I think it would be extremely successful.”

The world of fashion is a demanding one, and being away from family, friends and home is only the start. Despite the challenges, Newfoundlanders and Labradorians are making it in the North American fashion world: taking it by storm with daring and perseverance, slipping into it through paths both predictable and atypical, and leaving a mark that impresses the world. 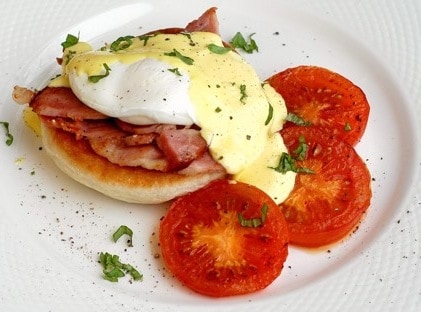 Rock Recipes | Toutons Benedict
The humble touton gets dressed up for Sunday brunch. 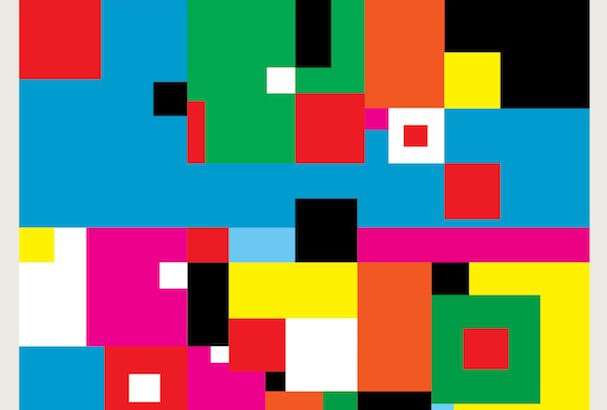