Penny for your thoughts

An interview with Joel Plaskett

Singer/songwriter Joel Plaskett answers from his home in Dartmouth, N.S. And with only twenty minutes to talk, we cut right to it…

How often are you interviewed by people like me?
“I get a few a month even when I’m not touring but then before a tour it picks up. I have six interviews today.”

What’s a normal day for you right now?
“I don’t know if there is a normal day. I tend to do a lot of my songwriting late at night, so if I don’t have a lot on the go in the day (because I’ve just come off tour and I can afford to sleep in) often I’ll get into a night pattern where I’m up ’til two in the morning working on stuff. Also, when you’re not on the road you’re planning for the next trip.

“I’m sure anyone who gigs for a living would relate — you’re either on or you’re trying to turn off.”

You went on tour with your dad in 2009, and opened for Paul Mccartney. How do you top that?
“Just keeping rollin’ and doing something different this time around. “Three” was a real big record for me and I’m so thrilled with the way it was received. I couldn’t believe it. The [three disc] record demanded your attention if you were going to get it and so I was thrilled that people gave it that chance you know. The Polaris nomination and all that was really unexpected too. It also sold more than any other record I’ve done.

“I loved 2009 but it was super exhausting. And then last year, to chase it with a year of international stuff was great but I was also coming off a pretty epic year in Canada where things were really going. Then going into a market where nobody knows who you are, it reminds you that there’s still a lot of work to do, which is a good thing.”

How will you follow up “Three?”
“I think I’m going to follow it up with something more condensed and maybe a little less premeditated. I’ve been writing a lot of songs and just want to pick the best ones.”

“I have a record in the back of my mind for the fall, I think. And I’ve got a b-side and rarities collection I’m putting together right now that will come out in April or May. It’ll be outtakes that were never released from various records and some singles and b-sides. And I think I’m going to press “Truthfully, Truthfully” on vinyl because it’s the only one that never came out on vinyl. I’m kind of doing it for my own collection…”

Are you full-time with your rock band the Emergency right now?
“I still take solo gigs when they’re offered to me, but there’s going to be a lot more band stuff this year — the next record will involve the band. I feel like I’ve done a lot on my own or as a duo this past year…”

How much effort do you put into rehearsing any given show?
“If the Emergency’s in gigging mode we don’t rehearse at all. We can take a month off and maybe get together for a couple hours a before a show. This past year has been more solo stuff so there’s a bit more rehearsal involved to bring everyone up to speed, especially on the new stuff.

“It’s funny because when you’re playing with a 4-piece version of the Emergency or when there’s other people joining us like my father, it all becomes about playing less. Then when we get back as a three-piece it’s all about filling empty space and I have to cover more ground.”

Do you have any rituals before you go onstage?
“I like it if I can get enough sleep. It’s the one thing that allows my voice to heal. And I love it if I can find half an hour to be by myself before I go on. To be able to walk onstage calm is really good.”

What impact do your nomadic ways have on your personal life?
“Walking out the door doesn’t get any easier every time I go, I’ll tell you that much. My wife is really understanding, she’s an artist herself so she has the time when I’m away to create.

“Touring is the nature of what I do and have always done. I’ve been on the road for part of every year since I was 18. I accept it for what it is. There’s that point when it becomes taxing and you’re like, ‘shit, I don’t want to walk out the door, but then when you get on stage it’s worth it.

“I’ve found myself in positions where I’ve been complaining about touring a lot and then I step back and say, ‘oh man, I’m so so lucky to be doing what I do.”

What are your thoughts on Newfoundland’s music scene?
“I sort of feel like Newfoundland has what Nova Scotia has but then even more so because of the isolation. I think the isolation has fed into the creativity; ‘Well nobody’s coming here to entertain us, let’s entertain ourselves’.”

What’s it’s like to play here?
“I feel comfortable in Newfoundland, that’s the bottom line. People just want you to be having a good time and then they have a good time. If you show up in Newfoundland with a guitar and a smile on your face, even if your throat’s sore and you’re not singing as well… They’re going to remember the spirit you showed up with. Newfoundland has got a lot of spirit.”

What NL artist or band has turned your head recently?
“I love The Novaks, I love Mark Bragg — I haven’t heard much from Mark recently, he’s got a kid now, but I was always a big fan of his records. Amelia’s living over here now but I still think of her as from St. John’s, and she’s a great writer. Hey Rosetta!’s doing great stuff. Duane Andrews is awesome. Also, I haven’t had a chance to see them play yet, but what I’ve seen of The Once is pretty cool.

“There’s always a lot going on and I never get the sense that Newfoundland’s dried up for talent.”

As an artist, does it matter if you’re independent or not?
“I think it’s great to remain independent if you can. I don’t think there’s any one answer, but my own experience with major labels has often been not that great. I’m somebody who likes to change paths — I don’t want to make the same record over and over again. And often, if something’s successful then your label’s going to want you to repeat that. To me that’s counter-intuitive.”

Favorite NL spot? Venue?
“I love getting up to Signal Hill, it’s amazing. But I also love the Bar None… I don’t know if people are supposed to know about Bar None, but I like that place.”

You could likely sell-out any venue in town, apart from mile one. Why play The Breezeway this time around?
“Well, the offer came in — the University said ‘come on over’ and we were like ‘let’s go’. Sometimes you go looking for gigs but when you reach a certain profile level you’re lucky enough to get offered them as well. That, and the timing was right.” 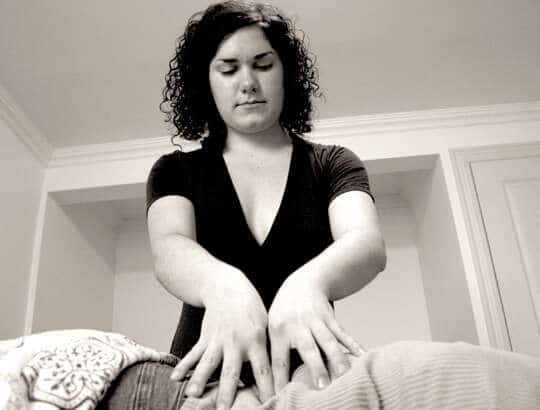