Reflections and exploration of a lost folk hero, 30 years later.

About a year ago, Nathan Rogers played a sold-out concert at George Street United Church in St. John’s. It was one of those shows I was really looking forward to, one that held me transfixed – not just something you do to pass the time – which is why I distinctly remember being disheartened when a co-worker told me they had never heard of him. Even worse – much, much worse – was that he had never heard of Nathan’s father, to whom the concert was a tribute in song and story. A guy named Stan.

I thought about that again this week, and started re-percolating some thoughts that I had wanted to put to paper for a while: namely, reflections and an exploration of the man and the music that unequivocally defined Atlantic Canadian folk music. The 1970s and ’80s were part of a period that would later be recognized as a folk revival, when musicians reinvented traditional styles and songs in a way that made sense for a modern audience. What Stan Rogers did, though, delved deeper. He spoke to a new generation of working class citizens by crafting his own lyrics and melodies that were part poetic, part unapologetically realistic.

In many ways, Rogers’ life and legacy has been romanticized – I freely acknowledge this but also cannot overstate the importance his music played (and continues to play) on my understanding of folk music. Although he was born and raised in Ontario, his heart was in Atlantic Canada, particularly Nova Scotia, where he spent considerable time with his family while growing up. Armed with the stories of the men and women who lived off the Maritime land and seas, he set out to put their lives to music, relying on the usual arsenal of acoustic guitars, fiddles, and a booming baritone voice both intimate and intimidating.

He managed moderate success in the late ’70s and early ’80s, releasing four albums and travelling throughout North America, but it was largely after 1983 that he became cemented as a folk icon. It was 30 years ago, on June 2, 1983, after performing at the Kerrville Folk Festival, that Rogers was on board Air Canada Flight 797, which was forced to make an emergency landing in Kentucky due to a fire. On the tarmac, he was one of 23 passengers who died from smoke inhalation.

Since then, half a dozen posthumous albums followed, and his songs have become staples at pubs throughout the country. Any folk cover band worth the door’s cover knows how to play 45 Years, The Mary Ellen Carter, and the bawling shanty Barrett’s Privateers. Rogers’ historical narration Northwest Passage was deemed by CBC audiences as an alternative Canadian anthem in 1995, and the annual Stan Rogers Folk Festival in Canso, NS attracts a melting pot of folk musicians from around the globe each summer. It’s an impressive legacy for a 33-year-old, after an untimely death.

But simply romanticizing Rogers as a folk hero of Atlantic Canada without considering the body of work he left behind seems a bit of a disservice.

Champion of the Folk

Rogers’ music was something like if Bruce Springsteen and Leonard Cohen got together and wrote folk songs. Although the music initially had its core firmly rooted in Atlantic Canada – take Fogarty’s Cove or Bluenose from his first two albums – Rogers began to show listeners he was interested in Canadian folk music, period. I say ‘began’ because that vision was never fully realized, even in his sizable posthumous collection. On 1981’s Northwest Passage, his final album, Stan sang original folk songs about the Prairies – the farms and the factories – and the world of Western Canada. Fresh Water, released in 1984, immersed listeners in the Great Lakes area of Canada, and it’s one of his greatest, even if most unrecognized, musical contribution. Who can say what the final scope of Rogers’ musical catalog could have been?

What makes Stan Rogers stand out from any list of folk musicians is his beautiful poetic authenticity. He’s not just relying on tired imagery in his songs; instead, he gets into the mind of his characters as if he had lived out their whole lives, understanding as much about current economic and social conditions as their history. Barrett’s Privateers was, in many ways, already a perfect song, and it was recorded at the beginning of Rogers’ career when he was just 26 years old. It’s an a capella shanty with an instantly recognizable (albeit frequently inebriated in later manifestations) chorus, lyrical rhythm, and a historical narrative that blends true events with an imagined story. Mistaking it for a traditional song is one of the highest compliments you could pay a folk songwriter.

The keen attention to history – specifically the unsung history – would come to be a crux of Rogers’ work, particularly in the way he effortlessly told of forgotten people and events with a fresh and exciting conviction. When he was pissed off, the ferocity in his voice would make you tremble; when he was sincere, you would be transfixed by his tenderness. You can’t help believe him, and continue to believe him three decades after his death.

As much as Rogers delved into the past, he remained conscious of the present. The Idiot, a tale of leaving Atlantic Canada to work in the factories of Alberta, is as relevant and hard hitting today as it was in 1981; The Field Behind the Plow captures the trials and tribulations of a farmer and his family; White Squall acquaints you with a seasoned sailor on board a Great Lakes ship; and The House of Orange, his final composition, is a scathing ballad of the ongoing conflicts in Northern Ireland, and a reactionary tale of extremists in Canada.

For a man with scholarly devotion to days gone by, he never lost sight of what was important in his own time. He was realistic, but unwaveringly optimistic in the ability of the common man and woman to persevere in spite of hardships – a true champion of the folk.

Going Down the Road

Reduced to its simplest elements, his music demonstrates that Stan Rogers ‘got’ people from here. He understood what they do, what they fear, and what they love – and crafted folk music around them. His gaze moved throughout Canada, both geographically and temporally, but doing so was not schizophrenic; he started to assemble a universal portrait of a people in song, more than the most ambitious folk artists had ever attempted. It was an ongoing journey, and he said as much in Down the Road: “The sun is rising high today, burning into the day / So I will say goodbye, I’ll be going away / I’ll brush away my doubts, what tomorrow will hold / Feeling fine for now, going down the road.”

On that note, from his only recording of this song, he ended his set at the Kerrville Folk Festival. Five days later, he was dead.

The story of Stan Rogers is a tragedy, but you can either choose to bemoan the lost voice and the potential, or embrace the incredible music he left behind, and the undying influence he cast over folk musicians from all over the world. Even though his name didn’t incite instant recognition, his songs have that rare transcendent power that interweaves in the musical consciousness of a new generation. He can’t, like the ill-fated Mary Ellen Carter, rise again, but the songs have immortalized him to the point where Stan Rogers – that unsurpassed voice of Atlantic Canadian folk music – remains unsinkable. 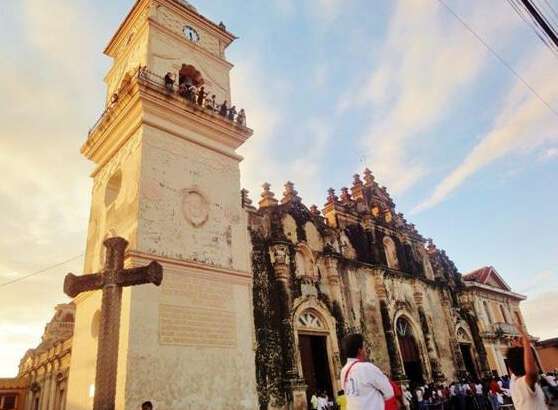 Night of the Knives [NICARAGUA]
Patrick reflects on an unpleasant experience in Nicaragua, and how facing our fears can help us to grow as individuals.

Aboriginal Insight
How a class trip to British Columbia spawned a greater understanding of the uniqueness of Inuit culture.