Filmmaker Christian Sparkes discusses film-making, horror, and the power of a good story…

Being selected for the Toronto International Film Festival (TIFF) is just the latest accolade for local filmmaker Christian Sparkes’ short A River in the Woods. A two-time winner at the Nickel Independent Film Festival in St. John’s (for cinematography, and the audience choice award), the film is also being showcased at the Atlantic Film Festival, among others. Yet Sparkes is particularly proud to be selected (one of only two shorts from Atlantic Canada) for the prestigious TIFF, one of the world’s premier film festivals.

“It’s great,” he says, smiling self-consciously. “You like to believe that you make the film for yourself, and that whether or not it gets positive reviews doesn’t really matter…but you know, when it does get accepted and get supported, it definitely helps. It’s nice to get little nudges along the way that you’re on the right track.”

It’s a track that Sparkes has pursued with the sort of determination and self-motivation that’s critical for making it in an increasingly competitive, creative industry.

Filmmaking was a surprise career choice for Sparkes. In his first year at NSCAD University, a friend of his told him about a film-making program the university was preparing to launch. The moment he heard about it, he says, was the moment he knew he’d found his calling. In 2005 he was part of the program’s first graduating class. But despite his desire to travel and explore the world as a filmmaker, he discovered the harsh reality of many new graduates.

“School ends, and you have no money,” he recalls. So he moved back to St. John’s.

Relying on his own devices

In many ways though, that was the beginning of his second, real-life filmmaker’s training. With only his dreams and determination to motivate him, he got a job in a restaurant, where he discovered the lack of customers provided him plenty of free time to develop the film scripts he still dreamt of pursuing.

“I had a lot of time to daydream, which I’ve always been pretty good at anyway,” he recalls with a laugh.

He then got a job with Pope Productions in St. John’s, and shortly thereafter was hired by Best Boy Entertainment. In the process, he got experience filming and directing in a diverse variety of styles, from children’s programs to travel shows and documentaries. He even directed a music video.

“Things were going really well, but I wasn’t getting to make the kinds of things I really wanted to make. And you know, you work your day job for money, but you still have your real dreams on the side. So I figured I’m just going to take a year off…and make film.”

It wasn’t the first time he’d made his own films, but his goals for that year were more serious ones than he’d pursued before.

What resulted were two films. The first, The Little Things, was about a couple of giants living in the city. They built a miniature, four and a half foot Blade Runner-esque set for the film, which also featured local greats Mary Walsh and Des Walsh. He describes it as a really wacky, absurdist-style film.

The second was the one which is now helping to spread his name on the festival circuit.

A River In The Woods

His ability to make the film he envisioned got a boost in the form of a Canada Arts Council grant.

“I was really fortunate. I would have made it anyway, but the prosthetics are not cheap. Not to do it well. The good thing about the film is that it really focuses more on the kids than the monster anyway…it’s more about the atmosphere and the tone.”

The short – filmed entirely in St. John’s – is about a group of children who discover a monster while playing by the river one day. They bring it home, and try to befriend it.

“I think they did a really good job. It’s tough to do prosthetics well, to get a really good prosthetics that can articulate emotion, and it’s not cheap. So that money was integral, and the support I got from Best Boy was very helpful as well, with gear and stuff.”

His childhood interest in horror and fantasy is reflected in the films he makes.

“I think it’s what I gravitate towards. I don’t know why. I’d love to make a comedy, it’s just that those ideas don’t occur to me. You do what you’re good at, you know what I mean? And so for whatever reason – I mean, I had a good childhood, I had a loving family, but for whatever reason – those ideas are what come naturally to me. I like things that are really beautiful, and have a lot of redeeming qualities, but they seem to have a dark ending. It’s like, the world is a little bit more powerful than people give it credit for, you know? And I think River in the Woods very much has that kind of theme.”

“…the world is a little bit more powerful than people give it credit for, you know?”

“There’s a bunch of things going on there that are kind of powerful, and for an adult watching it, they’re like, what does this monster represent, what is this story, you know? Having those kinds of questions are good in art, I think. You want people to be uncertain and uncomfortable at times. Or I do, anyhow. But it has to be done well.”

One of his strong influences is Guillermo del Toro, who directed Pan’s Labyrinth.

“I really like his work. He takes real-world political issues and sets them within the context of a fantasy world, and shoots them and structures them formally that way, which I really like. The idea of mixing fantasy with reality is something I would like to push all my work toward along the way.”

His opportunity to do so got a strong boost this year when he was one of five young directors from across Canada accepted into the Canadian Film Centre’s Director’s Lab intensive filmmaking program.


“It’s quite challenging. There’s always a couple of assignments every week, no time to sleep or have a life, it’s just all about school.”

It’s providing him not only challenging first-hand experience directing at a level he hasn’t been exposed to before, but also the opportunity to pursue his own ideas. The feature film he’s currently developing with the Film Centre reflects the dark angle that characterizes A River In The Woods.

“It’s a dark fantasy that takes place on a remote island up north, about a young native boy who possesses true magick…told from the perspective of a teacher who moves to the island from the city and is dealing with his own problems and stuff…this 7-year old boy who’s at once a messiah and a monster all wrapped into one.”

“It’s structured quite formally like a fairy tale, with Disney-style music and a narrator that lures you into the fairy tale, but then it’s quite subversive because it shows you a dark world that you didn’t see coming. Even though it has a dark tone that permeates throughout, and a dark ending, I think the beauty really stands out.”

It’s all about the story

For Sparkes, the true test of a filmmaker lies in the story they decide they want to tell.

His own stories are in many ways the product of his upbringing in Newfoundland. He recalls spending much of his time as a child playing in the woods in Bowring Park. The fantasy world he found in the local park was a world that continues to inspire him.

“It really informs who I am, and the kind of stories that I tell, having spent that much time with my brothers and friends down there. It really made a big impression on me. Especially when you can sneak away from your home life, and go down to a big public park and get lost in the woods where you are the ruler, in a way. Like you own the world, you can create whatever you want. It’s powerful. You don’t realize at the time.”

The other thing he’s realized, as his reputation grows, is his own ambition as a filmmaker. And while he doesn’t see himself ever severing ties with Newfoundland – he says he can’t picture himself older and with a family anywhere else – he’s also realized just how difficult that can be without spending some time away from home.

“I want to make big movies. I didn’t grow up watching art-house movies – although I love those – I grew up watching big mainstream kinds of films, and they’re the ones I would love to make. You want to make work that people will see. It can be done at home, but it’s challenging. When they say it’s who you know, they’re not lying. That’s very true. You can do it at home, but it can be certainly more challenging. Because making a film is only the start of it. Just because you make a good film doesn’t mean that it’s going to be successful. Making a good film is the start, but you have to get it distributed, and you have to get people to see it, and then word of mouth, and you need the right people and companies to do that for you. And coming out of Newfoundland, that can be hard, unless it’s truly exceptional.”

At the same time, he says the support filmmakers in Newfoundland and Labrador provide to those trying to get started in the industry is perhaps the best and most supportive in the world, and he encourages aspiring filmmakers to take advantage of it.

“Go to NIFCO, if you’re in Newfoundland. Go to the film co-op. Because there’s nowhere else in the country, and maybe the world, where you can go and just walk in off the street and say ‘I’m a Newfoundlander’, and they will give you a camera, all the gear, a crew, actual film – 16 mm film – and you can make a short film. It’s amazing.”

Other advice for the aspiring filmmaker?

“Just get out there and make something. Don’t be too precious about your ideas. Just make it and move on. You don’t need to knock it out of the park every time. I mean, I wish I could follow that advice myself, and I think I’m starting to. Look for a good story…but even if it’s not a great story, just get your hands on some gear, make a film, screen it with some people, get some feedback, and move on. The sooner you start, and the less precious you are about it, your learning curve will grow exponentially.”

He shares some of his other future film ideas with me, and ambitious though they are, there’s something about the combination of creative energy and the laid-back Newfoundland confidence that leaves me with no doubt he’ll achieve the goals he’s setting for himself. His self-determination has carried him from waiting in restaurants to showcasing at the TIFF, and it’s clear he doesn’t intend to slow down now. As he rattles off film ideas with an enthusiasm that grows with each new notion, he doesn’t seem remotely phased by the scope of his growing goals.

“It’s going to be a challenge, but that doesn’t really deter me.” 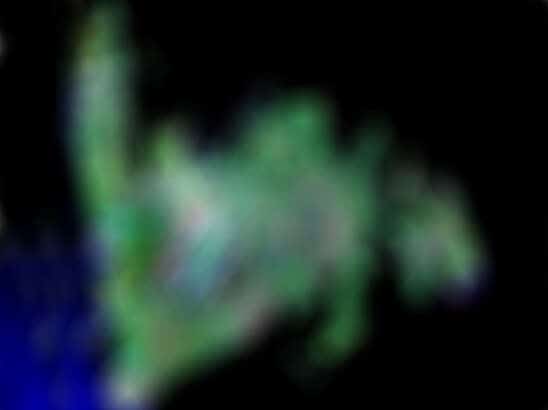 Vision – A casualty of drive-by politics
Where are the visionaries in Newfoundland and Labrador today? 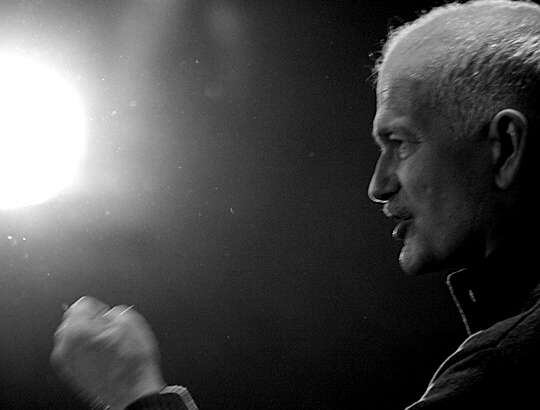 Jack Layton’s final letter to Canada
"I am giving this letter to my partner Olivia to share with you in the circumstance in which I cannot continue."