‘Supper Club’ Will Satisfy Your Hunger for Joy

The delightful new play from Willow Kean will be the first show at LSPU Hall to operate at full capacity since the beginning of the pandemic.

Supper Club, a comedy playing at the LSPU Hall until December 5th, is easy-to-digest, fun to watch, and the cleverness of the dialogue stays with you for a week. What more could you possibly want from a mid-pandemic piece of theatre?

The play’s premise is simple.

A supper club gathers. They share five meals throughout five evenings. Through different menus, table settings, and sound cues, we get to know our characters. In the last death rattle of her marriage, we meet a stressed-out doctor; a Cuban artist; a suburban hockey mom; a young, impressionable vegan; and a tenured anthropologist. There’s laughing and drinking as hidden resentments and bitter feelings are revealed through the food they make.

Writer and actress Willow Kean first started creating Supper Club after receiving a grant from the Newfoundland and Labrador Arts Council in 2018. “Then I did a reading of about ten pages at a Playwrights Atlantic Resource Centre show. Nicole Rosseau approached me shortly afterward about developing it. I applied for a city grant, found more support, had it dramaturged by several people.”

She pauses. “The last stages of this were happening during the pandemic, so you can imagine the rewrites, and you know, tears and sweat and worrying.”

While few of the events in the play have been influenced by real life, Kean is a long-term member of a supper club and a serious cook.

“I’ve been doing supper club for about ten years. They [the women I do supper club with] are coming to watch, but they won’t see themselves in the characters. The characters are an amalgamation of women I know,” she continues. “I tried to show women in different stages and places in their lives. I wanted to highlight a gamut of experiences.”

The food featured in Supper Club immediately stood out. Each meal represents a particular character. “That’s something that never changed during all the rewrites,” Kean says. “The rich anthropologist offers us seared duck breast and hard-to-find wines from the Douro Valley in Portugal, while our Mount Pearl hockey mom gives us the comfort of roast chicken and mashed potatoes. I keep a food blog and love cooking, so that part came easily to me. I just instinctively knew what each woman would serve.”

Similarly, the set is designed to give us clues. There are five tables on stage, one for each woman. The youngest woman’s table is small, wooden, and covered in spilled lentils, symbolizing her unorganized life. At the same time, the tenured professor has a burgundy tablecloth and expensive-looking tapered candles adorning her long table. The actors move these tables as scenes transition—something that could be clunky in the hands of a less experienced director, but in Supper Club looks like a choreographed ballet.

Kean says, “I have to give credit to our fantastic set decorator; she was on the same page with us immediately, and the transitions became more manageable once we began rehearsing on stage because each table is on wheels.”

The music in Supper Club is loud and fun, and the set and menus offer insights into the characters.

“When I was writing this play, I created a massive playlist of sounds that I think each character would listen to while cooking,” Kean explains. “Or I included music that I think the characters would have listened to in high school. Our director and our sound designer went through and picked our sound cues from that playlist. There’s Pavarotti, Tammy Wynette, and Princess Nokia.”

Kean is eager to see Supper Club take on a different life. “You always hope the work has a second life. It could be a web series or a film. That’s always in the back of your mind. There’s room for more films about food, for sure, although I’m certain this could be a continuity nightmare.”

You can catch Supper Club this coming weekend at the LSPU Hall. It has the honor of being the first play allowed to operate at full capacity since the beginning of the pandemic.

“That was my secret daydream,” Kean says. “I was so hoping that we could perform for a full audience, and I know that some people are a bit trepidatious, but I want to reassure folks that there’s extra-cleaning, vax passes now—it’s a very safe theatre experience at the hall.”

Kean also believes there’s no better play to see during this stressful time.

“The play is joyful, and I wanted that because things have been tough. That’s why we mention good, joyful things. We talked about hash brown casseroles and gorgeous jiggly desserts. I want people leaving the play feeling good.”

Andie Bulman is a chef, librarian, gardening enthusiast, comedian, podcaster, and writer who cares about food, equal and fair access to information, sustainability, jokes, and the Oxford comma.

What Odds at City Hall: 29 November 2021
Council signs off on another Christmas Parade, Hudson & Rex gets permission to make some noise, and the City tackles parking woes. 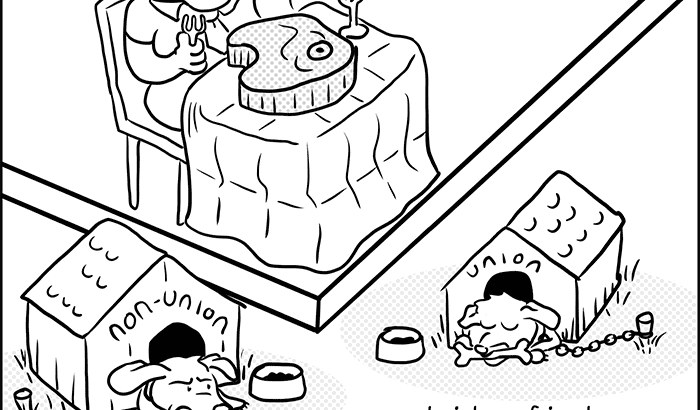