Making a living as a musician can be a hard life.

But it’s a harder one than most people realize.

And by some counts, it’s an even harder one in this province than in many others. That’s something the Newfoundland and Labrador Musicians’ Association is hoping to change, with the establishment of an emergency fund to help those in need who make their living in the music industry.

No safety net for artists

Rozalind MacPhail is Executive Director of the Musicians’ Association and she knows first-hand what a challenge it can be to make your living in the music industry.

She moved to St. John’s four years ago from Ottawa. Although an accomplished flautist and performer, she found herself waitressing – as many artists do – in order to make ends meet and to finance the recording of an album. Just before Christmas, the company she was working for let her go.

“I was wrongfully dismissed, they laid me off just before Christmas…and I was stuck without a job.”

Faced with a sudden loss of income and the onset of winter, she realized the sort of safety net many other employees have access to doesn’t exist for musicians. She also realized just how difficult it was to scrape by in this province. What shocked her more than anything was the high cost of heating and utilities. Unlike most cities she’d lived in on the mainland, it’s rare to find rentals in St. John’s with utilities and heating costs included.

“…I was freezing because I couldn’t afford oil, I was going to a food bank, and it was the worst winter of my entire life.”

Incredibly, MacPhail not only made it through the winter but she decided to stay in the province; she found the music community to be the most vibrant she’d encountered in the country. But that doesn’t mean the community receives the respect and support it deserves.

Two years ago, MacPhail began working with the Musicians’ Association, which is in fact a labour union representing musicians: the Newfoundland branch is Local 820 of the Canadian Federation of Musicians, which is also affiliated with the American Federation of Musicians. Now, the Association she works for is trying to establish an emergency fund to help those working in the music industry in this province who are facing hardships like those she experienced during her first winter here. The initiative is going to be launched with a fundraiser at The Ship Inn this Friday, featuring an array of local jazz and blues performers. Other fundraisers are planned for upcoming months; the goal is to raise as much money as possible to kickstart the fund into an effective support mechanism for those making a living in the music industry.

And judging from the stories MacPhail’s encountered, it could not come sooner.

“I know one musician who said he spent an entire winter without heat. He just wore lots of sweaters…Most of the population doesn’t realize that we [musicians] don’t have a safety net if something goes wrong. Especially for working musicians and private instructors. They don’t have vacation pay, they’re not eligible for EI. And then you’ve got working musicians who have children and then your children get sick and all your money is going toward medication…”

Without the sort of protections that most employees have, sudden accidents can turn disastrous.

“As a musician, if you run into a problem, and don’t have a safety net, you’re in real trouble. I know one musician in the community who suffered tendonitis in his arm very badly, and he’s a guitarist and suddenly couldn’t teach his music lessons any more.”

It seems MacPhail has an endless repertoire of tragedies experienced by musicians to draw upon. The day after her Association’s fundraiser, another fundraiser is being held to assist Gene Browne, owner of the local performance venue The Levee. Browne and his wife recently lost all their possessions in a fire at the apartment they rented. Like many who struggle to make ends meet in this industry, they didn’t have insurance to cover their loss either.

Stories of hardship are common coin among musicians. Colleen Power, an award-winning musician whose work has received recognition across the country, recognizes the challenges even well-known artists face.

“We have no resources to fall back on,” she explained. “It’s just not a dependable source of income.”

“There is nowhere for musicians to go if say I broke my hand or something, or couldn’t sing anymore. They’d have to have a benefit for me I suppose.”

Power observes there’s an irony to this. Musicians are constantly being called upon to play benefits to support other musicians who are facing emergency situations. Since by definition a benefit means that musicians don’t get paid for their performance, it adds to the burden faced by already struggling artists. It’s hard, she explains, for a musician who can barely pay their rent to play a benefit they don’t get paid at, while everybody else in the room – attendants, bar staff, door staff, technicians, cleaners – are paid for their work.

Despite the added burdens, musicians continue to rally and support each other. But it’s not easy.

“For me and for people with small kids – I’m a woman with small kids – touring is not really realistic. So that’s why I got a real job. I can try to be doing music, and that’s what I love to be doing most of all, but I had to get a job to support my kids. If you’re a musician and you’re getting by, you’ve got to be in four or five different bands to even make a regular amount of money. It’s [difficult] for anyone with kids. You got to either have a partner who has a job, or…you can’t make a living at it yourself with two small kids.”

Our most valuable resource

For many, it’s surprising that a province like Newfoundland and Labrador – which prides itself on its powerful musical and cultural heritage – offers so little support for those who are keeping that culture alive. And while musicians and their organizations are hard at work to support each other, there’s a sense of bitterness that the province’s government doesn’t do more to help.

“I think there’s more the government could be doing to support all artists, not just musicians,” MacPhail said. “When it comes to local issues that affect Newfoundland and Labrador’s artists, I think there could be more.”

“Yes by god. I don’t know if governments have ever cared about musicians, but I think they should be doing a lot more because we’re the pride and joy of the province. We’re ambassadors. Ron Hynes, when he found out he had throat cancer, everyone was doing benefits for him, but somebody ought to go to Kathy Dunderdale. Talk about a natural resource! He writes all about Newfoundland, he’s one of our biggest promoters! Why wouldn’t government kick in and pay so he wouldn’t have to worry about that stuff? It’s taken for granted by government.”

There’s funding for the arts, she notes, but it’s a drop in the bucket compared to the size of the provincial budget.

“They put these pockets of money out there and make everybody fight for them, these minimal amounts of money, it almost makes things even more difficult…you’d think the provincial government should do more. They put a million here and there but it’s nothing to cover the breadth of artists here in Newfoundland and Labrador.”

A fund for everyone

The Musicians’ Association’s emergency fund will be the first one like it in this province, and they plan to ensure it’s accessible by non-members as well. It’ll also be unique in that it will be accessible to anybody making their living in the industry, not just performers. That means sound engineers, recording technicians, and even those operating venues for performers.

“Most of the funds that have already been established [nationally] are for the performing artists or the teachers,” explains MacPhail. “But…what happens if a sound engineer also has problems and their house burns down? Or their studio burns down and all this work they had planned over the winter, they’re not able to do?”

“…we’re the pride and joy of the province. We’re ambassadors.”

“I’m just glad that somebody’s doing it. Because there’s nothing for musicians.”

“If it wasn’t for our own drive nobody would be at it. But if you’re a musician you’re a musician I suppose, that’s all you can do. That’s where your heart is. But you should be able to do it and not worry about your youngsters starving to death.”

Jazz and Blues Celebration in Song Vol. 1 – the launch and fundraiser for the NL Musicians’ Emergency Fund – will take place Friday October 19 at 10:00pm at The Ship Pub. Cover is $15 at the door and the event will feature Republic of Doyle’s Lynda Boyd, Krystin Pellerin, Sean Panting, Marry Barry, Brad Jefford, and an array of other jazz and blues performers. For further info check out the CFM Local 820 website. 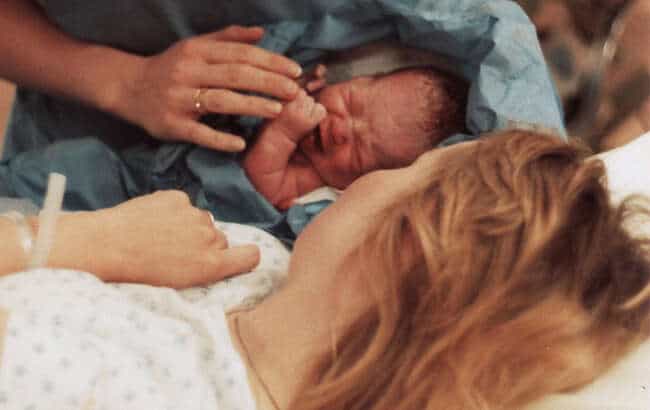 Birth, language and empowerment
If we're going to make the world better for our children, we ought to start from the very beginning