The Boy in Conversation

The first time I saw Great Big Sea in concert was in Corner Brook, when the boys were still road-testing “Consequence Free.” Most things you were into when you were eight years old don’t last: your taste in food, television, movies, games – the whole shebang changes as you grow up. But my appetite for the folk-pop blend of Great Big Sea was never fully sated, and my original copy of Play is still in heavy rotation.

So when frontman Alan Doyle called me last week to chat about his new solo record, Boy on Bridge, it may have been just an ordinary day, but it was also, as on a song from that album, unabashedly my day.

The kid who once grew his hair to his shoulders and learned to tune his guitar to DADGAD to play “Boston and St. John’s” had no shortage of questions to ask the musician, if ever this moment should arrive. Who could have guessed that on the other end of the line there would just be another boy, still chasing after a dream?

The Real Boy on that Bridge

In 1981, Petty Harbour was the backdrop for the TV movie A Whale for the Killing, and a preteen Alan Doyle had a role as an extra. In the credits, he was listed as “Boy on Bridge.”

“The bridge that it speaks of in Petty Harbour is where I spent so many hours, waiting for the school bus on a cold February morning, or I spent in the summertime hitchhiking to the Goulds to try to meet up with my friends or a girl or something, or hitchhiking into St. John’s trying out for bands. I can’t count how many hours I spent sitting on that bridge, daydreaming about what else there was,” Doyle recounts.

It’s not surprising he chose that as the title for his first solo endeavour.

“I think of it as a tip of the hat to that kid – there’s many ways I still feel like him, I’m still wondering what’s next.”

That mentality has consistently been a defining trait of his, as well as bandmates Sean McCann and Bob Hallett. Together they have released nine studio albums, three live albums, a slew of side projects, and won so many East Coast Music Awards that they’ve long since withdrawn from the nomination. However, as he says, “We’ve never really spent much time patting ourselves on the back. We’ve always been the kind of fellas who spend a disproportionate amount of time thinking about what’s next.”

With summer solo gigs across North America and into Europe, before Great Big Sea prepares to celebrate their twentieth year with a massive box collection of new material, video, and rarities later this fall, Doyle is putting his relentless endurance to the test.

From the Bridge to St. John’s

As looking forward to the future as he was, and as eager as he was to talk about everything that went on with Boy on Bridge, from its collaborations to its unorthodox recording setup, the Boy in Alan Doyle hadn’t quite had his say. Before he was a household name in Canadian music, Doyle was a Memorial University student trying to make it on his own on the downtown circuit.

“For many people kicking around St. John’s in the late 80s, early 90s – myself, Barry Canning, Chris LeDrew, Wayne Hynes, and a whole bunch of other guys – there were five or six pubs that booked solo guys every night. Trapper John’s, the Fat Cat (which was called the Bosun’s Whistle), the Rose and Thistle, and Jungle Jims always had solo guys in the corner. The best part about that apprenticeship was that you got onstage at ten o’clock and you got offstage often at two, and I never really used to take a break. So I’d just get up there and I’d sing songs for four hours, go home, and then I’d get up and go to school.”

Those sets did not have much room – or patronage – for original tunes, which meant Doyle had to have a comfortable knowledge of a few hundred songs, and not just the traditional Newfoundland songs he’s now known for. “The pub circuit of the time really required you to know 70s and 80s acoustic rock – you had to know all the Bob Dylan, Neil Young, some Beatles,” he recalls. “Then, in the early 90s, it was all about Garth Brooks, Travis Tritt, all those country artists.”

And while he wouldn’t go back there now, Doyle thoroughly enjoyed his time. Moreover, he acknowledges that the songs he was playing then and enjoyed would eventually influence his own songwriting.

“One of my favourite records of all time was John Cougar’s Lonesome Jubilee. ‘Cherry Bomb’ and ‘Paper in Fire’ – they were like rock ’n’ roll songs, written by a cool songwriter, in front of this band that was a cool rock band, but that also had piano accordion and a fiddle in it, and a banjo. It was just the coolest, southern-sounding folky rock, and I just loved it. Literally, on five or six tracks off this record, I wanted it to sound like it came off of Lonesome Jubilee.”

A Musical Tourist on the Open Road

If Great Big Sea has crafted a vision of Newfoundland folk music for the twentieth century, then Alan Doyle is making a conscious attempt to get out of that comfort zone and work with different artists in different styles on his solo work. On Boy on Bridge, his signature style is still prevalent (“Sorry” and “My Day”), but there is also country (“Northern Plains”), piano ballads (“Love While Love’s Awake” and “Rules Will All Be Broken”), straight-up rock (“I’ve Seen A Little” and “Light the Way”), and the badass southern-rock jam “Testify.”

These songs required him to dip into an expansive pool of musical talent: Hawksley Workman, Jim Cuddy, Sean Panting, Mike Post, Russell Crowe, and Colin James all leant something to Boy on Bridge. The journey of the album, which includes recording all over the world and even some mixing on an Air Canada flight, is the subject of a feature-length documentary on HBO Canada later this year.

In true Alan Doyle fashion, however, he’s already looking ahead to the next thing.

“I have a friend who myself and Russell Crowe worked with – his name is Carl Falk, he lives in Sweden, he’s more of a pop writer that worked with One Direction and girl bands and stuff like that. I’ve never tried anything like that, so I think that it would be cool to go and work with Carl in Sweden for a week or something.”

“It doesn’t have to go well – I’d be happy to be a musical tourist for the rest of my life.”

Whether he’s a tourist or in charge of the group, Doyle has come a long way from the young boy on the bridge – however, he’s always kept that kid and the bridge in focus, just to keep him grounded.

“You’d be hard pressed to be luckier than me,” he said at the end of our conversation. I believed it in Corner Brook in 1997, and I still believe it. 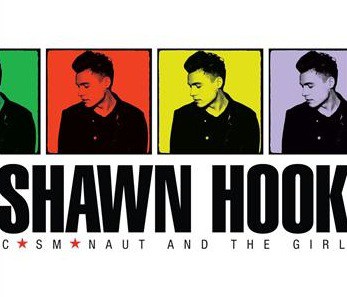 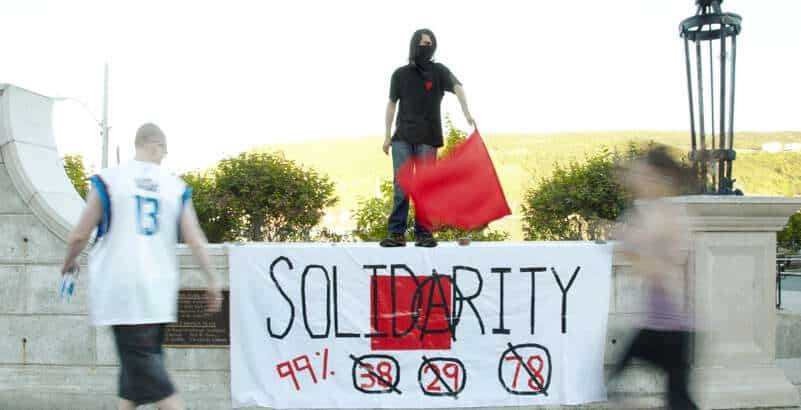