Yesterday marked the first day of a week-and-a-half trip for 54 Irishmen and women – but this will be no ordinary vacation. The Irish are here to connect with their Newfoundland cousins in what is called the “Festival of the Sea”.

The Festival of the Sea is a cultural exchange which brings together the two peoples on both a physical and emotional level. Launched in 2004, the Festival’s location alternates from year-to-year between Newfoundland and Ireland. Here in this province the activities are focused on the Southern Avalon Peninsula, a region with a large population of Irish people whose ancestors came from Ireland in the 1700 – 1800s. In Ireland the event takes place in the counties that make up Southeast Ireland. This is the region from which many Newfoundland Irish families originated, and thus far activities have been centered in Waterford, Wexford and Kilkenny.

No matter the location, the exchanges surely include cultural cornerstones like singing, dance, music, art and crafts, story-telling and theatre. But also included in the event are workshops include discussions on cultural and economic/community development issues.

“A Coming Together of Individuals”

Sherry Gambin-Walsh is the Chairperson for Festival of the Sea Inc., the non-profit which organizes the exchange on this side of the Atlantic. “The Festival of the Sea is more than an event. It is a coming together of individuals whose ancestors were family,” says Sherry. “It is uniting with people who are exactly like myself yet who literally live across the sea.”

Sherry is a registered nurse by trade, and works for the Newfoundland and Labrador Association for Community Living as their Community Inclusion Coordinator. But it was her attendance at an information session in 2006 with the Avalon Gateway Regional Economic Development Board that got her thinking about Ireland. “I was very intrigued by the whole concept of community, culture and people who were my relatives living across the sea,” she says. “My maternal grandmother had often alluded to the Irish in her poetry recitations to me as a child.”

Sherry’s interest in tourism and culture, and her own passion to connect with her roots led her to take on the role of Chair just this Summer. “It allows me to appreciate who I really am and where I really came from as evident by my own personal ‘immigrant ways’” she says. “Our cultures are one in the same. Last September while visiting Dungarvan I met an elderly lady in the street wearing a knee length dress and scarf around her head exactly as my paternal grandmother wore hers.”

Scoffs, Scuffs, and Everything In Between

The itinerary for the Irishmen and women and Newfoundlanders involved in the Festival of the Sea is impressive. Over the course of nine days, participants are travelling from St. John’s to Witless Bay to Placentia to Branch, and their activities are equally as encompassing. Among other events, the visitors and the hosts will watch local theatre, take in a hurling match, hike the East Coast Trail, have a thanksgiving mass at the Basilica of John the Baptist, and of course experience the songs, dances, and kitchen parties one would expect from a trip to either side of ‘the pond’.

Sherry is particularly looking forward to the ‘school twinning’ – an outreach event planned for youth, which will connect children from schools in Ireland and Newfoundland via the internet. “Fatima Academy will Skype with Passage East in Waterford” she says. “It is amazing to watch the young students interact. They are so intrigued by each other and interested in the answers to the questions that they ask each other.”

Throughout the course of the Festival of the Sea, many of the events are open to the public – and Sherry encourages those interested to partake. “Attend events! Meet the Irish!” she says. “The Irish are a very friendly bunch…much like ourselves!” And so from today until the 24th of September Newfoundland will once again host our Irish relatives, in a festival that continues to strengthen and grow in its economic and cultural value; a festival that pulls on the historical ties of Newfoundland and Ireland to build and share a new relationship.

“They call us the forgotten Irish.” 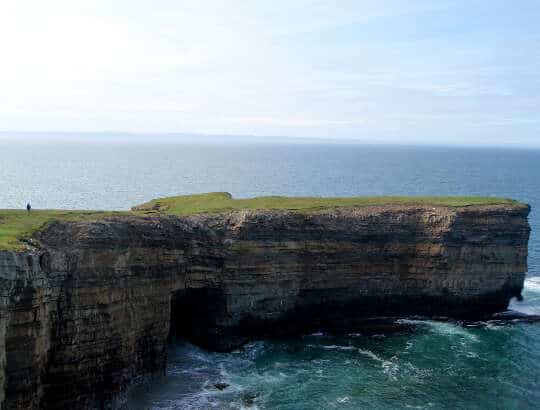 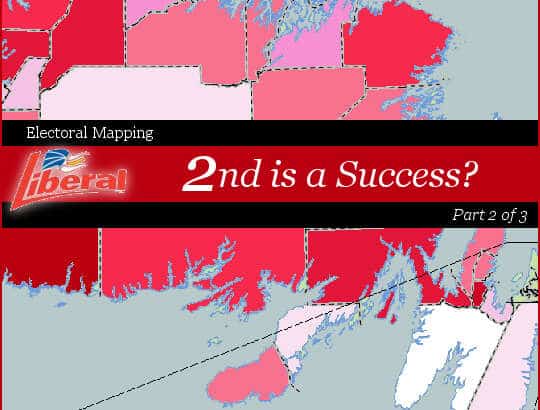 The Liberals: 2nd is a Success?
The NDP: A Long way to go In this 3-part series, the results of the 2007 election are represented geographically, giving us an idea of…