The musician in us all

February is music-making month as the popular annual RPM Challenge gets underway.

It’s almost impossible to imagine Newfoundland without music, which has played a vital role in the island’s history and culture. This month a door is open for the province’s musicians to express their creativity, compliments of the ever-popular annual RPM Challenge.

Birth of a really good idea

In 2006, The Wire, a newsweekly from Portsmouth, New Hampshire, invited the musicians of its town to record an album in the month of February. With just 28 days to complete the challenge, it was a resounding success.

Around the same time, St. John’s-based arts magazine The Scope was starting up and editor Elling Lien was in search of new and cool ideas.

“It took us a couple of years to build up, we put it out there in 2008 and at the end we had 22 albums,” Lien recently told The Independent. “If you think about it, that is substantial. We were a small magazine. The idea became really contagious.”

In fact, it’s become something of an epidemic, and last year saw 139 submissions from musicians around the province. “That’s crazy. It boggles my mind, especially since it’s been a townie thing, only because The Scope is based out of St. John’s,” Lien said, adding he expects even more albums this year.

The RPM Challenge requires participants to record 10 songs or 35 minutes worth of material within February’s 28 days. Not that everyone needs outside motivation to spark creativity, but the challenge does offer up real limitations with the imposed and relatively short time frame.

Port aux Basques native Mark Hoyles is recording a solo album for the first time this year and said, more than anything, that he enjoys the short time limit. “I think the limitation lends itself well to encouraging creativity. Plus, the personal challenge is an excellent motivator. It makes people think less about the quality and more about the creativity. I’ve always loved music that sounds ‘real’ and not too overdone.”

Not a competition and very customizable

The RPM Challenge is often mistaken for a contest, but it’s not. It’s open to anyone who wants to express any means of creativity, Lien explained, and is a judgement-free experience. Hoyles agrees. “This challenge gives people the chance to write and record just for the love of it and not to worry about small mistakes,” he said. “Most times it’s the mistakes that can give music a certain charm.”

Though the original challenge requested musical albums, Lien encourages other forms of audible, recordable creativity and said he has received poetry albums and even a comedy recording. “People are more willing to play with the rules,” he explained. “It encourages people to open up to new things.”

Andrew Harvey of St. John’s is an RPM sophomore and has his first track for 2013 in the bag. It features a slinky and a stapler. “I’m not much of a musician. I am pretty sure I am tone deaf, but I love jamming with people who do know music,” he explained. “I did an RPM album three years ago and did some ‘spoken word’ vocals stuff, basically just drunken stories. I like a good challenge! It is just fun. I have a digital voice recorder for interviews, I have a Mac now too, so editing seems to be pretty easy so far.”

Hoyles, who usually plays with his band The Lever Pulled, is also taking the challenge as an opportunity to switch things up. “I’m hoping that I’ll be able to try an approach that I’m not used to. I usually take my time and write music using acoustic instruments, but for this challenge I’ve decided that I’m not going to rely on things that are comfortable for me,” he said.

“I figure if I’m going to be restricted time-wise, then I’d like to restrict myself in other ways too,” he continued. “I’ll be using a lot of loops and electronic instruments on this project. I’m really hoping to just gain a new perspective on how I approach songwriting.”

In past years women have been underrepresented in the challenge, “but this year there is a lot more momentum,” said Lien.

Alison Corbett has been submitting albums to the RPM Challenge since 2008 and, as a young mother, understands one possible reason women have been underrepresented in the project. “Maybe they are busy working,” she said. “I have a child, I work, I go to school and I am also trying to write songs and keep my house in a somewhat presentable state. Life is busy. Really busy.”

Get your free workshops, here!

Even though the challenge welcomes all with open arms, some may still be hesitant to participate. The Scope wanted to make the process a little easier, so in turn are offering up four free workshops throughout the month.

On Feb. 4 Corbett led a workshop in basic music theory. “I geared the session towards people who might not know how to read notation, but who still want concrete ideas they can put to use in their compositions,” she explained. “We talked about how to build scales, textures of music and looked at some examples of music from around the globe. Music means very different things to different people. There are basic elements that can be discussed but things can be created and interpreted in infinite ways.”

After all submissions have been collected there will be two listening parties in St. John’s, one for all ages and a 19+ bar show. At least one track from every submission will be played. Tom Cochrane of popular blog site Cornerbrooker.com has also compiled an e-mail list of west coast RPM’ers and will host a listening party in Corner Brook.

Why make an RPM album?

“To see if you can!” said Lien. “To make music and share it with others – it makes it feel special.”

Hoyles said he takes it as a personal challenge. “I love the idea of being so limited. The deadline aspect really works for me. I love knowing that I have to work at this project pretty much every day to get it finished. My creativity usually comes in bursts, then tapers off. But this challenge forces me to not let myself fall back.”

Corbett sees RPM as means of uniting the people of the province. “I thought it was such a beautiful and amazing idea that a month could have the same goal for so many people. (Émile) Durkheim’s ‘collective consciousness’ theories have always intrigued me, and I thought that this challenge was the ultimate in collective consciousness: unifying society by having everyone focusing on creating music.” 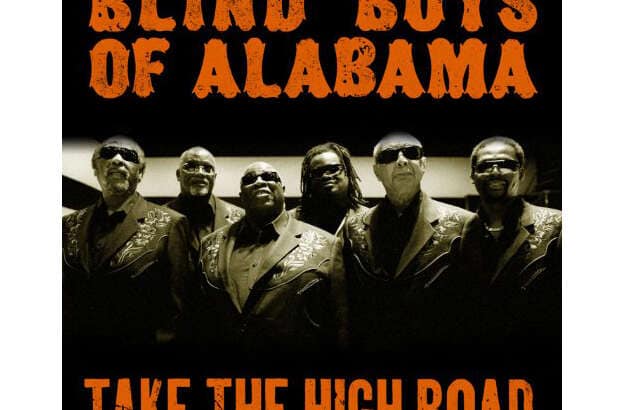 Blind Boys of Alabama / Take the High Road
Gospel legends return to St. John's to showcase seven decades of music, including their recent foray into country.