On Wednesday a letter signed by more than 50 academics from the province and across Canada condemning Bill 42 and the process used to rush it through the provincial legislature was sent to all members of the Newfoundland and Labrador House of Assembly.

The letter, initiated by Memorial University Associate Professor of Political Science Russell Williams, calls Bill 42 “undemocratic and ill-informed” and goes on to say the amendment to the province’s Electoral Boundaries Act, which will see the number of electoral districts reduced from 48 to 40, “appears to be the product of partisan political maneuvering.”

Bill 42 was tabled last Wednesday and rushed through the legislature during an overnight session Thursday.

Signed by some of the country’s leading scholars on parliamentary institutions, the letter calls on the government to reverse its decision.

“If the Government and official opposition wish to reform the house and make it more effective, we, along with the rest of the public, would appreciate the opportunity to participate in a dialogue about how best to achieve this goal,” it reads.

Speaking to The Independent on Wednesday, Williams said the letter was inadvertently leaked via social media and published by the CBC on Monday, but that it didn’t have the full slate of signatures on it at the time.

“What’s changed is that 25 additional scholars from outside the province have signed on,” he explained, “and that includes three of the country’s leading constitutional scholars, three former boundary commissioners who have served on proper independent boundary commissions, and it includes about a dozen of the country’s leading scholars on parliamentary institutions.”

Among the letter’s signatories is University of Ottawa School of Political Studies Visiting Professor, and Democracy Watch Co-founder, Duff Conacher.

On Wednesday Conacher reviewed Bill 42 and the Electoral Boundaries Act with the The Independent by phone.

Conacher called Section 3 of the Act, which outlines how an Electoral Districts Boundaries Commission is to be formed, “dangerously undemocratic and unethical, because it essentially means the commission can be fixed to favour the ruling party.”

He suggested if the government is interested in reforming the province’s electoral system, it could begin with Section 3.

In the case of Bill 42, which observers have pointed out will reduce the political representation in St. John’s of people living in parts of rural Newfoundland, the government is “keeping with past boundary commission practices” in having the House speaker ask his own party to nominate two people for the commission, and the opposition parties to nominate one each, said Lauren Wiseman, a spokesperson for the Liberal Party.

Conacher said even though the decision is more inclusive than what the Act permits, if each of the political parties were to have equal say in who sits on the commission each should be able to appoint the same number of people.

“They may get to select them based on a political deal, but that’s not in the law, so why not change [the law] and ensure that will happen?” he said.

As it stands, even with the Liberals and NDP appointing one committee member, the opportunity still exists for two parties to stack the commission in favour of a particular idea of how the boundaries would be redrawn, since a decision requires the vote of only three of the five commission members.

“Also ensure that the commission has to make decisions based on consensus, not based on simple majority,” Conacher continued, suggesting how to make the process more democratic. “Or a super majority, which would be four of the five…would have to agree. Anything that makes it more than a simple majority will mean decisions that are made are more in the public interest, and less in the interest of the ruling party.”

Despite the plea from Williams, Conacher and 50 other academics and experts for the government to rescind its decision, it is not likely to do so, Williams admitted.

“We’re not naïve enough to think the government is going to stop at all,” he said. “We’re just telling them it’s a bad idea and they should stop.”

Williams said as a longtime political observer he’s never seen anything like this.

“I’ve studied a lot of boundary adjustments in the past [and] I have never seen one where an unpopular government in its last days decided to accelerate a redistribution ahead of schedule at the same time as they radically reduce the number of seats,” he explained.

“The partisan elements in that action alone are virtually unprecedented. When you add to it that they held no committee hearings, no discussion with the public, no public input on the legislation, and held and all-night session to rush this through the House of Assembly, that makes it even more clearly partisan and even more unprecedented.

Williams also said all parties should have agreed on the amendments to the Act, “and before the parties were forced to agree to this in the middle of the night there should have been some sort of discussion with the public.

“It’s not just that they should have talked to the academics or the experts — they didn’t give the public a chance to discuss this,” he said.

“I mean, I’m an interested observer, so I wanted to see the bill,” Williams continued. “I got the bill on Wednesday afternoon, and on Friday morning it received Royal Assent. The disregard in this process for letting people see what the government is doing in a transparent way, and to have a chance to make their views heard, is shocking. Shocking.”

If the PCs want to fix their mistake, Williams said, the “first thing they do is they stop the process of nominating appointees to the boundaries commission, which they’re currently jockeying over. The parties are selecting who is going to be on the commission right now.

“They could stop that process, and when the House of Assembly sits again next time they could start with some sort of all-party committee on how they should reform the House, and hold some hearings,” he continued.

“Not to be unduly and idealistic about this – that is the way it’s done in most other jurisdictions.”

We the undersigned would like to express our extreme disappointment at the manner in which Bill 42, An Act to Amend the Electoral Boundaries Act (2015), has been hurriedly pushed through the House of Assembly.

While improvements to the democratic governance of the province are desirable, and Members’ attention to this issue is valuable, the changes contained in Bill 42 only further undermine the effectiveness of the House of Assembly. As an institution, the House is intended to act as representative of the citizens of Newfoundland and Labrador, and as a check on the executive power of cabinet and the office of the premier. The proposal to cut the number of seats diminishes its ability to fulfill those roles. To put it bluntly, the legislation is undemocratic and ill-informed.

More to the point, the process by which this decision has been made is alarming. It is a long-standing Canadian principle that effort must be made to ensure that redistribution be a fair and non-partisan process and that citizens have a chance to participate in the deliberations. The legislation sets an extremely tight timeline for citizens to give feedback on the eventual proposals for electoral boundaries. It also sets a series of limitations on how the independent Boundary Commission should allocate representation throughout the province, limitations that were drafted in the middle of the night and passed before ANY member of the public had a chance to review and comment on what was transpiring. This simply is not an acceptable way to manage the province’s electoral system. Why was it necessary to rush and pass this Bill in the dark of the night?

Bill 42 appears to be the product of partisan political maneuvering. The basic operation of our democratic institutions should be above this. The decision to start redistribution a year (and an election) ahead of schedule, while also drastically cutting the number of seats in the House, may reflect the interests of the premier and the leader of the opposition, and they may be the product of a cynical strategy to take advantage of public dissatisfaction with the state of the House of Assembly, but all this only reinforces the suspicion that the goals of Bill 42 are partisan. And partisan interests are not the same as the general public interest.

Bill 42 is a poor piece of legislation. It appears to have been hurriedly thrown together to serve a variety of partisan goals, and it has been passed without any serious public participation. Rather than improve democratic governance, the Bill, and the events of January 22-23, illustrate much of what is wrong with the state of democracy in the province.

We call on the government to suspend this effort at redistribution. If the Government and official opposition wish to reform the house and make it more effective, we, along with the rest of the public, would appreciate the opportunity to participate in a dialogue about how best to achieve this goal.

Tamara A. Small, Department of Political Science, University of Guelph 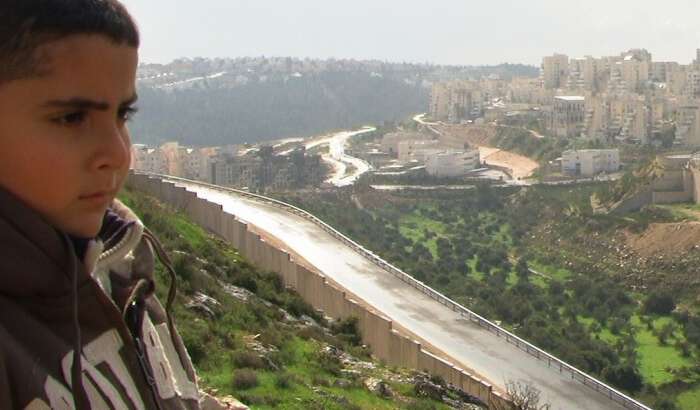 Israel-Palestine: The importance of first-hand accounts
Documentary films by local people in Palestine and Israel give us the stories, images, and perspectives left out of the mainstream media 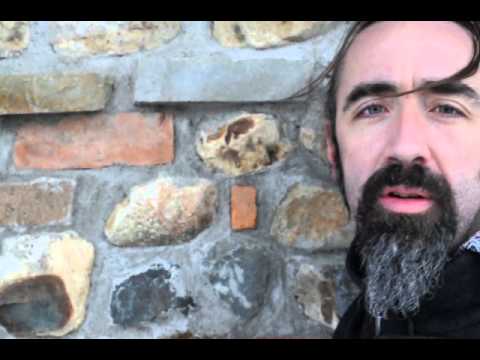