Disney is a word that inspires children across the world and the name of a company whose reputation stands for innocence, play, and beloved stories often featuring the victory of good over evil. But it’s a reputation built, squarely, upon the increasingly strained backs of America’s working class. In Orange County, California a Disney worker can expect to spend their day making every desire of visiting families come true, while watching their own hopes fade to dust as inflation and expenses speed ahead of their wages and benefits.

“Sometimes I skip meals, so my kids can eat,” noted one worker speaking at a recent public roundtable entitled StopDisneyPoverty in Anaheim, California. The event, a live-stream of which is available for view, was intended to draw attention to the plight being faced by Disney’s employees, and was attended by Senator Bernie Sanders, who gave a speech defending workers’ rights to a fair wage of at least $15 per hour.

Despite working for many years or even decades at their jobs employees have seen their situation gradually deteriorate. Currently, California’s minimum wage is set at just $11 at major businesses, while costs such as rents in Southern California have grown significantly. Glynndana Shevlin, a food and beverage concierge who has worked at Disney since 1988 has personally felt the effect of wages falling behind the rising cost of living.

“When I started in 1988 my wages were a little over five dollars above minimum wage at the time,” she said. “Since 2008 my wages have only increased by two dollars.”

Shevlin waits on VIP guests at the E-ticket club, and is expected to show a very exceptional standard of treatment to guests—to “bring the magic”—as she puts it. But her life before and after work is a different story.

“In my own life I’ve been evicted twice in the past five years. I’m going to have to look for [another] place by August first, because my friend who was renting me a room has to have her daughter and grandson move back in because they’re also almost going to be homeless.”

Despite the fact that Shevlin, 58, is prediabetic she says she can’t afford the sorts of food she needs to remain healthy and that her healthcare costs have also increased.

“Luxuries to me are gas and food. Most people would say going to the movies is a luxury, that’s not even something I can think about.”

Rebekah Pederson is a cosmetologist who works for the company and spoke to me about the difficulties she has faced.

“They try to say we are all entry level high school kids. Well I’m here as a licensed cosmetologist, that went to school, that’s been licensed for 10 years, and has never been so poor in my life. And I work harder than I ever have,” Pederson stated.

Other presenters at the event spoke publicly about the multiple facets of their lives affected by low wages and the lack of benefits. Whether it’s a worker regularly staying awake for 24 to 36 hours while trying to balance work and college, or a couple who have had to forgo having children of their own because they cannot afford to raise them, the experiences of Disney’s workforce follow a consistent trend.

These aren’t just odd cases. A recent survey found these hardships are being faced by many of those working for Disney, a company which saw $9 billion in profits last year and which has routinely managed to secure massive subsidies through highly questionable means.

“We found that 30 years ago Disneyland provided middle class jobs and people owned their homes and raised families,” Daniel Flaming, a co-author of that survey, told me. “Today over half are living in over-crowded housing, over half are worried about being evicted, one in nine has been homeless in the last two years…Three quarters of workers with young children are food insecure, that means they don’t have enough nutritious food to lead a healthy life.”

Flaming points to decreasing wages and soaring profits amid a rising cost of living as the main factor behind this downward spiral.

“Wages have gone down 15 percent since 2000 while revenue from Disneyland has gone up 250 percent…Wages are stagnating and every element of the cost of living is going up. Particularly in coastal areas like this housing just costs more and more and more.”

These are common problems in coastal urban areas across the U.S., Flaming says. At the same time rural areas are suffering from job insecurity and declining industries, with the common thread being that it is more difficult to survive as a worker.

“The fundamental issue is economic equity. Workers need wages, they need housing they can afford, they need healthcare and they need retirement. Those are the elements of a decent life,” Flaming said.

Disney is not just concerned with cultivating an image as family friendly. The company’s chairman Bob Iger’s recent response to comments made by Roseanne Barr, whose ABC show was cancelled, was largely driven by a desire on Disney’s part to cultivate an image of justice in the mind of the public.

Those at the roundtable praised the company’s stance on Barr, but noted that while Disney is very good at publicly stating its support for socially just causes it needs to align those stances with its treatment of its workers for them to ring true.

“After hearing what Iger did with the ABC show you’d think that he would have to care about what’s going on,” said Pederson.

Many of the same social stressors and inequality trends being faced by those at the event were reminiscent of those faced by workers in Newfoundland and Labrador and Canada at large. Indeed, a rally calling for a $15 minimum wage is planned to take place in Corner Brook on June 8. I asked several of those interviewed if they had any advice for workers in Canada and NL facing a similar struggle for fair wages.

“You’ve got to fight, you’ve got to call companies out publicly, and show the facts to the public. It’s the only way that I think we can make a change, because otherwise they do it in the dark back rooms and we just end up having to deal with it,” said Samantha [pseudonym for a worker who talked to me on the condition of anonymity].

“I see an injustice and I act and speak on it,” said Pederson. “You have to speak out, no change will happen without speaking.”

Shevlin echoed the importance of action and communication.

“Start talking and fighting now, with your unions, with your coworkers, because to be honest with you I was going along thinking it was [the] norm, and then I was feeling like ‘oh my god, what am I not doing, am I to blame?’ she reflected. “I had been working forty hours since I started… And until the survey came out, that 11 percent of us were homeless, was when I started saying ‘oh my god, this is not something I did, this I something that is happening to me’… I wish I had started seeing this in 2008.”

A message for Disney

“This is the wealthiest country in the history of the world, no one should have to work seven days a week,” Sanders said during his speech.

Pressure is mounting on Disney to make changes, and some signs are already showing that the company is feeling the heat. Pederson said that employees normally have numerous weekends throughout the year when they are allowed to bring family in as guests to enjoy the Disney park, but that this year those times had been severely diminished. It seems since the announcement of the roundtable event that some of those days, at least, have now been restored. It is a miniscule improvement, but it suggests pressure on the company is working.

“Now, all of a sudden, there are some weekends open [to bring in family] in June. Only June,” said Samantha. This was a change from only two days before the roundtable, she said. While she noted this could be a sign of progress, she said she believes the company will do the bare minimum at first to avoid solving the core problems.

“I’m hoping that people can band together and let the public know more about the situation at Disneyland…Because it seems like the only way to get Disney to improve, or to make the right decisions, is to shame them publicly,” Samantha noted. “Like Bernie said, I think if Disney actually does start this movement [toward a fair wage for workers], I think that other people will follow, or other corporations will follow. Because there’s actually Disney classes where other corporations hire Disney to come teach their employees to do the ‘Disney way.’”

Employees I spoke with wanted to point out that they take great pride in the work they do and the joy they create.

I asked her if she had anything she wanted to say to the company itself. 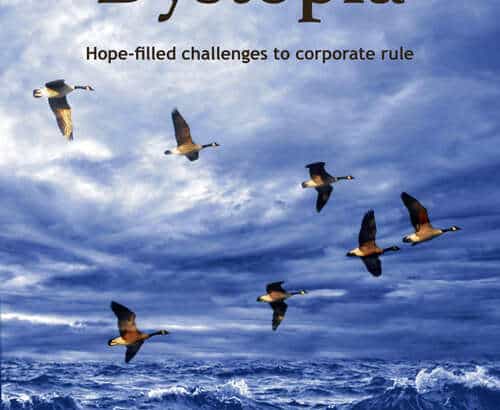 Bypassing Dystopia could free Canada from the clutches of neoliberalism 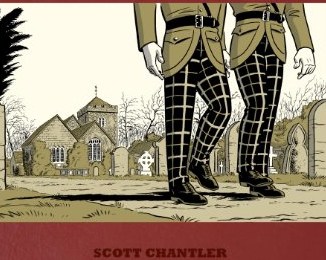