Some city council candidates are calling for more policing in St. John’s, but community organizers say ‘more’ is not necessarily ‘better’.

Over the course of interviewing 27 of the 30 candidates running to sit on the City of St. John’s council as part of my role as The Independent’s municipal election reporter, I got to ask those vying for power about issues we felt voters wanted to know before casting their ballots—as well as issues the newly elected representatives are going to have to tackle when the council resumes in October, like climate change, the future of Mile One, and the budget shortfall.

I didn’t ask about increasing the police presence in the city, yet three candidates brought it up unprompted. It made me raise my eyebrow, so as part of my municipal coverage I’m diving into this issue (and dusting off my criminology certificate).

In short, At-Large candidate Ron Ellsworth, who is looking to get back on council after being booted in 2017, spoke about a (presumed) increase in fear from the public and raised the prospect of a municipal police force. Mark House, a new face running for one of the four At-Large seats on council, also echoed Ellsworth in saying neighbourhoods needed to be safer, saying he’d like to see an improved police presence. Finally, Jamie Korab, who’s looking to stay on as Ward 3 councillor, said he wanted to see more RNC cruisers on the road, as well as build a closer relationship between the police force and the city.

Underpinning these suggestions is the assumption we live in a violent place. But the numbers don’t bear that out. According to the most recent Statistics Canada report, in 2017 Newfoundland and Labrador saw a 9% decrease in its ​​Crime Severity Index, mostly attributed to fewer cases of breaking and entering. On top of that, NL was one of two provinces that saw a decrease in the volume and severity of violent crime, attributed to this province due to the decreases in homicide and robbery—though that was offset by an increase in reported sexual assault.

There are local organizations talking about the future of policing in NL, like the Working Group on Police Oversight project. But they don’t focus on upping police presence.

“The idea for creating the working group on police oversight in particular came out of a series of consultations and engagement events we did with the Urban Indigenous Community and our allies,” First Voice Urban Indigenous Coalition’s program manager Justin Campbell told The Independent. “Many people identified policing as a priority issue that they wanted to see action on.”

The working group is a special project through the Indigenous coalition First Voice in collaboration with nine other organizations.

The working group is studying how policing in NL could be improved and strengthened in terms of effectiveness and accountability, making it less political, and ensuring police have tools they need to interact productively with communities who are at a disproportionate risk of violence, Campbell explained.

“The objective of the working group is to bring together members of the legal community, members of the Indigenous community as well. We have people represented from across the province sitting on this working group. We also have academics who study policing and police boards, those kinds of things,” he said.

They plan to put together a set of recommendations for the provincial government to strengthen accountability for the police force. While Campbell said they aren’t ready to reveal its findings, he said in broad strokes, there is a definite need for a civilian-led body in NL to oversee the way policing is conducted. “That’s been very clear from some of our earlier discussions at the working group.”

He pointed out there are two bodies that handle police complaints: the Serious Incident Response Team of Newfoundland and Labrador (SIRT-NL), which is aimed at investigating police for potential criminal misconduct, and the Public Complaints Commission. The two bodies might be civilian-led but deal with the actions of individual officers, not systematic issues. Neither SIRT-NL nor the RNC Public Complaints Commission is well positioned to make comprehensive policy recommendations to government.

Campbell would like to see an overarching body put in place to set policies related to a number of issues, from police conduct, to use of force, training, and beyond. The working group has also been looking at civilian-led police services boards, which can be found in most other provinces to ensure there’s strong, proactive civilian oversight.

Campbell added many communities would say the problem isn’t under policing but over policing. People feel unsafe because of the police presence, like Indigenous people as well as women, the LGBTQ community, and other racialized groups.

You can’t talk about the RNC and broken trust without bringing up the third trial of now-convicted sexual offender officer Doug Snelgrove, who was found guilty last May of sexually assaulting a woman known as Jane Doe in 2014.

Over the course of the summer, 15 women—facilitated by sexual abuse litigator Lynn Moore—came forward with allegations against nine RNC officers.

“We’re seeing there isn’t a lot of trust in the way that SIRT-NL operates, particularly in the way of sexual assault allegations,” Campbell said. “It’s very clear we’re talking about a systemic problem. 15 cases of sexual assault by on duty police officers is not a case of just a few bad apples, right.”

He added that calls for increased policing come off as “tone deaf” in the wake of these allegations.

“My concern with those kinds of remarks that ‘the level of policing is too low, we need more policing’, is that it doesn’t look at how we can improve policing. How we can strengthen accountability in policing. We don’t need more policing, we need better policing. So we should be talking about mechanisms that can either be strengthened, such as SIRT-NL or the public complaints commission, or creating entirely new bodies.”

“So we would say that certainly points to a systemic cultural issue within the RNC and that’s not unique to a police force here in St. John’s or in Newfoundland,” said Winters, pointing out these issues can be seen in other institutions like the Canadian military.

“We’re seeing these kinds of actions being able to happen because of the really patriarchal and hierarchical makeup of those institutions. I guess because it’s not unique it’s not surprising, but it’s always really disheartening.”

Like Campbell, Winters argued there isn’t an easy fix to structural problems. It also won’t be solved with training alone, she said, citing the need for accountability by those in positions of power. It also took the RNC some time to even acknowledge the underlying problem with the force, trying to pass it off as an issue with a few individual officers.

If people don’t trust the police they won’t go to the police for help, which is why Winters said the St. John’s Status of Women Council is calling on investments in alternatives to policing, like mental health services and women’s serving organizations—as well as looking at how communities have cared for each other in the past and created safety.

The council also put out a report in 2020, titled Survivors of Sexual Violence and the Criminal Justice System, which had a number of alternative paths to justice outside the courts, including restorative justice.

As for the RNC—a spokesperson, on behalf of the chief, declined to comment for this article, adding in an email: “Once elected, we will be happy to meet with the council(s) and discuss any concerns they may have at that time.”

A Tale of Two Elections—Redux
One September 2021 election down, one to go. Some thoughts about where we are, where we're going, and the candidates who might take us there. 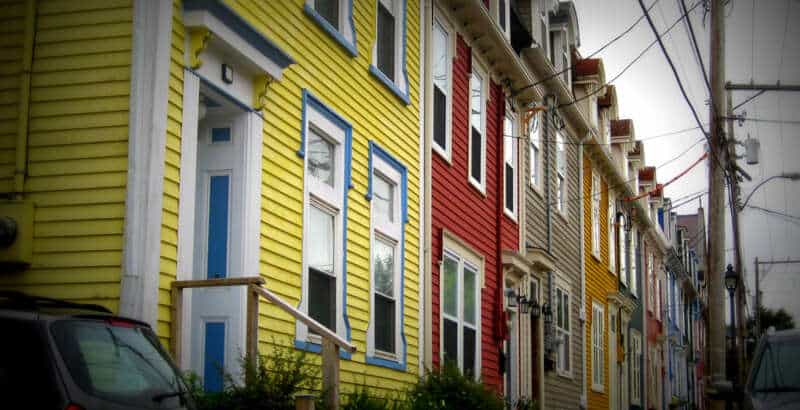