Zen and the Art of Hitchhiking: a true story about seeing the good in everyone and knowing the Universe has got your back.

In 2012 my wife Evelyn and I traveled in a clockwise circle around the world. The proper term for this comes from the past: Diosil, as opposed to Widdershins. Often these are equated with creative and destructive energies, respectively, but there is a better account.

When we go clockwise, we situate ourselves on the Earth because the Sun appears to travel that way across the sky, whereas when we go counterclockwise, we situate ourselves in space because the earth goes counterclockwise around the sun. This 2012 journey was indeed creative, and what was created is what I will call “invisible roads”. I will speak more of these in a later article, but for now I wish to jump way back into my travelling past to 1997, when I first cut my teeth hitchhiking across Canada.

This is brought back to memory from our recent trip, part of which involved performing as on-board entertainment on the Canadian, the main VIA line from Toronto to Vancouver. On day two or three, the train went through Portage la Prairie and reminded me of what happened 15 years ago. It’s funny how memory can work, bringing the past into the present, and either deepening or altering its movement into the future. This experience reminds me how I travel, how I understand magic, and how I have changed in my attitudes in the intervening years. So here it goes…

When I was 21 I hitchhiked across Canada twice, from Ottawa to Victoria and back again. I traveled there with my compadre Ryan, and I came back three months later, by myself. In the last three weeks I stayed at an Ashram in the Kootenays, tapping into the energy of Nelson, and the remarkable, jewel-strewn rivers and mysterious cloud-garbed mountains.

Three weeks in, I had a crisis. Questions of ethics entered my thoughts about magic (which largely had it that magic was about obtaining powers for oneself), and with the help of a biography of the great Tibetan Yogi, Milarepa, I began a process that over the years lifted magic out its connotations of power, and for me, at any rate, placed it more firmly amongst philosophical speculations regarding kindness, contemplation, and non-attachment. The early stages of this crisis, however, were very disorienting.

I left the Ashram abruptly and hitched east to Regina, where, late in the evening, I found myself by the side of the road in a typically degenerated industrial park on the outskirts of the city. I was making great time, but due to a rule I had chosen to adopt – namely not to hitch after dark – I was considering the prospect of finding a bit of shelter. The pickings were scarce.

The sun was on the crack of the horizon when the event in question happened, leading to a personal myth concerning “the last ride before sunset”.

A battered “shitbox” of a car pulled over to the side of the road and opened its doors, and I met a scruffy and wild-eyed looking man, named Les. Accompanying Les, in the front passenger seat was his partner, Cathy. In the back was his 65-year-old mother, the unforgettable and indomitable  Anne, who had made the call to pick me up. They were driving to Portage La Prairie, a four hour ride, and so I was quite happy to accept.

Anne told me fight stories most of the way through.

She showed me a polaroid of her, standing next to an enormous, pony-tailed man who had on a t-shirt that read: “Massive Damage”. She explained, MD is a hardcore wrestler whose title she had saved by knocking his opponent unconscious with a chair. Amongst tales of defending the family honor, barbed-wire matches, and court cases that would curdle your blood, the truth came out: My drivers were on a mission.

Anne’s daughter, who lived with her abusive boyfriend in Portage La Prairie, had called them after he had beaten her, and so on a dime the three of them – Les, Anne, and Cathy – leapt into action to make the four-hour trip to get their daughter and put the boots to her attacker.

While this might seem alarming, and you may be thinking, “What the hell? Why didn’t you RUN?”, I should mention that at no time did I feel threatened by them.

Instead, I got the impression of an intensely protective and honorable family, looking to keep the back of one of their own, and that despite the direness of the situation they still had time to pick up a random hitchhiker.

And so I watched the moment, prayed for the benefit of all involved, and did not interfere. Three weeks of chanting and meditating had granted me the ability to watch life like a movie. Relaxed, alert, and prepared not to panic. I knew where my towel was, dammit!

Zipping in and out of two-way traffic (sometimes with rigs lined up back to back), I learned that my new friends were not a stealthy bunch. They were going to deliver their message, and it was going to be loud. I silently wished for the best. Every gas station, truck stop, and corner store soon learned about the shitbox full of pain that was bearing down upon Portage la Prairie. I kept my peace, although I was not at all surprised to see the lights and hear the sirens, as the 10 RCMP cruisers that were in full pursuit of us finally arrived.

We were hauled out of the shitbox at gunpoint, rifles and shotguns leveled at our faces. Les went into the cruiser, Cathy and Anne were separately interrogated, and I was spread-eagled out on the hood of another car. An officer sporting a moustache that would have made Charles Bronson and Freddy Mercury equally proud, asked me, “Who the hell are you?”

That it was. There I stood with no other option but to hope, beyond any pragmatic option, that things would be OK. I fired that hope, willed it into the universe, and then let go of it. It was this moment that granted me an understanding of what magical power really is. Certainty of one’s will, independent of any practical option to achieve it.

Whatever this attitude does, however it might work, I can assure you that it does. Not supernatural, perhaps, but certainly a mode by which the full presence of one’s awareness is brought into focus and harmony with one’s desire. It says to the Universe: “This is how it’s gonna be. Make it so.”

Les, Cathy, and Anne, separated though they were, managed to maintain a completely consistent story.

And that was that. But there was one more test.

The officers asked me a few things.

“Where did they pick you up?”

“What did you talk about?”

“Did they say anything about beating anyone up?”

“Nothing to me.” OK, I lied. But here we have to choose, in situ. These were no monsters, and I sure as hell was not going to send them up the River.

So they returned to my drivers and worked out the following arrangement: They let us go. They locked all three weapons in the trunk – even the C-bar that was used for opening said trunk – and arranged for a police escort to meet us in P de la P. They arranged to arrest and press charges against the violent boyfriend.

And that was that. We got back into the car and the atmosphere was dramatically changed. Something had fallen into place, like a key in a lock. The future was now going to be different. Also, my drivers had now become my friends.

We had a very jolly chat all the rest of the way, hugs to say goodbye, and general all-around mirth. No violence would happen that night, and things were to be set right. Perfect.

I was let off by the side of the road, and, absolutely amazed at this extraordinary and stimulating – not to mention, somewhat terrifying – adventure, I penned it all into my trip journal in golden ink.

The next year, I heard from them one last time. They sent me a Christmas card – a big, fat, happy Santa. In the middle of May.

So, there you have it: how a Hitcher got his wings. Next installment we will get abstract once again, and look at a gem of travelling philosophy that I call, “The Poetry of the Surface”. 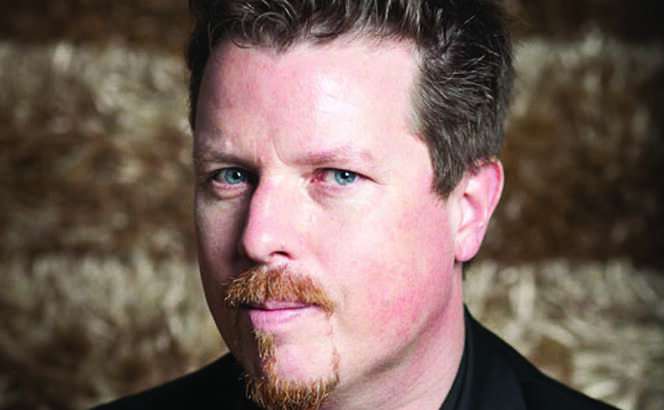 Wandering the Great Big World
From roaming the streets of St. John's as a teenager, to touring the world in Newfoundland's most travelled band: Bob Hallett shares his thoughts on… 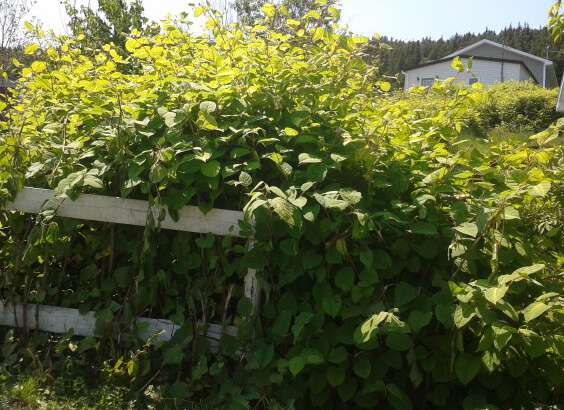 Eating away at a problem
Japanese Knotweed has invaded Canada in a big way, Newfoundland included. One solution? Bite back.