On Newfoundland, New Zealand, and a reason for leaving…

Travel is one part looking for something, another part running away from something.

It was a very naive 22-year-old who got struck by that thought, somewhere in the outskirts of Stockholm in the fall of 2011 – that same guy is [perhaps] slightly less naive, and a lot farther from home: some 16,000 km, at the other end of an invisible line that slices through two hemispheres and the International Date Line (it’s tomorrow here!) to emerge on the shores of an island that is at once recognizable and unlike anything I’ve ever seen before. There are a lot of things left behind at the other end of that line, and a lot of things to be gained here in New Zealand.

Let me step back, just for a moment, and break through the fourth wall of journalism, something I’ve never had the opportunity to do before.

My name is Ryan Belbin – I grew up in Pasadena on the island’s west coast, made the migration to St. John’s to finish my undergraduate degree in 2009, worked in the city for a year, got accepted into law school for this September, and had to face a hurdle I’ve never really seen before: white space in “The Plan.” Here was a limbo zone between two major life events that I had no real idea how to fill. It’s like trying to inhale, only to find that your entire breathing system has changed overnight and the only way to survive is to react. It’s jarring, it’s disorienting, it’s terrifying – and, since most of my friends fall into the same “twenty-something” bracket, I’ve come to learn that it’s pretty normal.

This generation, I’ve found, is likely to confront that “Now What?” moment, sooner rather than later. In Canada right now, a decent chunk of people spend the first twenty years, give or take, of their lives progressing through the education system. And generally, as a system, it’s pretty neat and organized – so once you step outside of that and have to figure out what to actually do with yourself, there can be a moment of panic. Some people make out just fine, don’t get me wrong. But there are some, fearing unemployment, who rush into a job that they will end up hating. Or those people who lose a sense of purpose and motivation. And then we have those who decide to take a breath, step outside of the neat system they’ve built for themselves, and travel to some other part of the world for a brand new perspective.

This column isn’t meant to be a guide to New Zealand – there are plenty of those out there far better than what I will write here. Nor is it a thesis on travel philosophy in general, or a way to work through that life crisis of the young wanderers out there. All I can attempt to do is tell you a story of where I am, why I’m there, and what I’m learning along the way. If it’s a vicarious gateway, I’m flattered. If you find some nugget in it that applies to you, let’s go for beers when I get back home. If you see it as complete garbage that has no real bearing on what’s really going on in the world, then I’m not completely surprised. I understand there are many people for whom traveling has absolutely no appeal. Equally, I understand those people who have an itch, but circumstances get in the way: family or work obligations, financial restraints, health, or any number of other things. Just because it was the right decision for me to uproot myself and live out of a backpack in New Zealand does not mean that the same applies to you.

I think it’s important to address why I’m in New Zealand, and what I plan to do while I’m here. This trip originated as a stray thought that bounced into my head during a lunch break at Harbourside Park one afternoon last June: I recognized an opportunity to go somewhere warm and exotic, and to have life experiences that, once I got into the ebb and flow of law school, I won’t have the chance to do with the same freedom as at this juncture in time.

Just as I believe it’s a mistake to rush into a job because the alternative is more terrifying, I don’t condone going on a trip just to make some tick on a list. Don’t walk everywhere with a camera in front of your face, taking pictures to enjoy an experience on a computer screen – your own eyes will do it much more more justice. As soon as I started to really, really think about going to New Zealand, I recognized my reasons as being pretty superficial: the real reason became an internal challenge to position myself away from everything and everybody I’ve ever known and attempt to not just survive, but to live in this country of mountains, rivers, deserts, beaches, glaciers, and sweeping horizons. I’ve been Down Under for close to two months right now, and everything I’ve done has happened because I made it happen, not because someone led me by the hand. It’s as scary as it is exciting, and the rewards are as sweet as Marlborough wine.

To be fair, New Zealand has a lot of cultural similarities to Canada (its government is a parliamentary one, 96% of its people speak English, and while the country is fairly secular, Christianity is the predominant religion), and the Kiwis (the nickname comes from the flightless bird of the same name, and which New Zealanders don’t seem to take offense to) have an attitude that is strikingly similar to that of Newfoundlanders, but I don’t want to belittle the fact that there are still a lot of personal challenges to overcome being in a foreign world that comes pretty close to being the farthest place on the globe from home. So far so good, but more on that later.

As the summer of 2012 wound down, I started consciously saving money, applied for a one-year working visa, and bought a backpack, a netbook computer, and a one-way ticket to Auckland, New Zealand. This country is a relatively small 268,000 square km (our own province is larger), but it’s a geographically diverse place, spread over a north and south island; the plan was (and remains) loose, namely to see as much of it as I can, and to find temporary, backpacker-style work along the way, not only to realistically support my travels but also to complement them by giving me unique experiences.

Yes, the kind of experiences I’ll appreciate years later, but equally those that I feel pretty lucky to have right here in the moment.

On Jan. 13 I went snowshoeing along the icy shores of Deer Lake. On Jan. 14, I walked along the Hollywood Walk of Fame in a t-shirt, and a few days later I dipped my feet in the Pacific Ocean from a docked yacht in the Bay of Plenty. Every step since has been part of a whirlwind of experiences and emotions, with more boats, buses, hikes (tramps), and sunburns than I can count. I’m still sorting them all out, and if you step down the rabbit hole with me, to comment, discuss, and let your mind take you somewhere outside of your comfort zone for a few moments and follow me to the Antipodes, there’s no telling what you’ll find here. 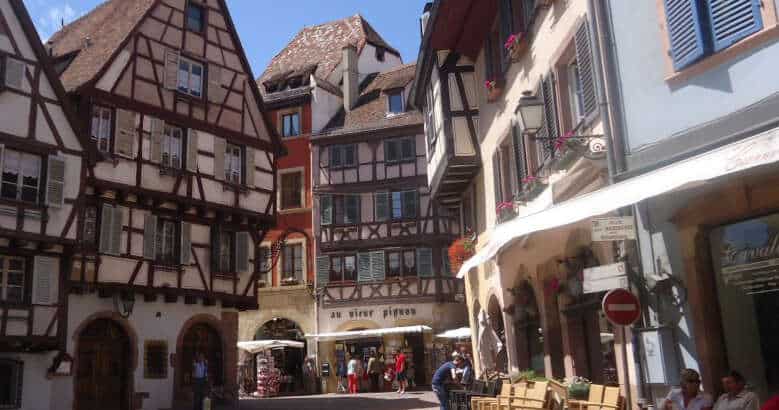