Making the circle even wider

When the McGrath family had a reunion in Dublin a few years back, the festivities ran a natural course, ending with a group singsong into the wee hours. All together in one room, generations of cousins, parents, aunts and uncles led the musicians to a realization: this kind of celebration is a special thing, but also a fleeting thing.

Make the Circle Wide is the result of that realization, a desire to preserve part of the energy that exists when you bring a family together from all corners of the globe. Just as the ensemble was varied, the collection is an eclectic mix of traditional and contemporary Irish songs, as well as some original ballads and tunes.

At the forefront of those Irish musicians was one of Newfoundland’s chief talents, Fergus O’Byrne, and his son, Fergus Brown-O’Byrne. A founding member of Ryan’s Fancy, the group that, in the 1970s, ignited a flame in Newfoundland folk music that influenced nearly every subsequent traditional act, O’Byrne recently touched base with me about the album’s release in Canada. At the time I was working for food and accommodations at a farm park in Kaikoura, New Zealand, where I barely had enough bandwidth to send an email, let alone review an album.

He had another idea though: His cousin Colm McGrath had lived and worked in Dublin until he was in his 30s, before a Kiwi gal, Cara, came along, won his heart like a character in an Irish ballad, and brought him back with her to the other side of the world, where he’s been ever since. It would be interesting if we met up, O’Byrne said in an email.

New Zealand is, relatively speaking, a small place, but there are plenty of little nooks that take several days to get to, depending on where you are. Nonetheless, if I was close, it was definitely possible. Within a few hours, Colm got in on the conversation and offered his company and ice cold Speight’s in Methven, a ski town in the foothills of the Southern Alps, just outside of Christchurch. If I could be there for St. Patrick’s Day, even better.

I got out a map and calendar, and one week later found myself on the road to Methven, to spend the Irish national holiday with an expat Irishman in the interior of New Zealand. We were both a long way from home, and the circle was being drawn even wider.

On making the circle

Colm had not been present in Ireland during the actual recording phase, which grew from live party pieces to a more finely crafted final product, but his brother Maurice played a major role in arranging and producing the album.

Maurice was the lead guitarist for the Forget-Me-Nots in the 90s and a current member of the duo Caedan, and it was his professional experience, together with his Newfoundland relations, that elevated Make The Circle Wide from a potential novelty piece to a quality record in its own right. Standards like “Me and Bobby McGee” and “Black is the Colour” fit alongside the more rambunctious “Old Polina” and the serene “Strawberry Beds”, one of the original pieces sung by Fergus and written by Maurice.With a core band of the two Ferguses (“Fergii,” Colm joked), Maurice, and cousin-in-law Stephen Murphy, 17 tracks were laid down in 35 hours, and as we listened to the album together, I got a better sense of the importance of family, with members who hadn’t seen each other in years feeding off the energy and talent present in the room.

“Brendan McGrath, my first cousin, and buddy from childhood, had this initial idea of drawing the family together to record a slice of their lives for future generations within the family to listen to and learn from,” O’Byrne explained.
“I believe he did much more. He renewed family ties that had been, not forgotten, but over time had grown distant in this world where everyone is so scattered to the four corners, and that in itself is a good thing.”

That’s something like how I felt in Methven for this special weekend. I really was the outsider, both in a cultural sense (people have claimed to hear an Irish accent when I speak, but to the best of my knowledge there’s no Emerald blood in me) and in the way I was brought into a young family’s daily routine. Finn and Connor are four and two respectively, and the weekend was as much about water guns and playground swings as it was about Irish whiskey and singalongs.

I didn’t know the McGraths before I came to Methven, but over the course of a few hours we were eating meat pies and fizzy L&P soda (a New Zealand staple, Lemon & Paeroa is “World Famous in New Zealand”), admiring the prize Finn’s “sand saucer” had won at the A&P Show, and eventually clinking pints of Guinness at the local pub.

I don’t need to go into too many details of going out on St. Patrick’s Day with an Irishman, but if you ever have the chance to do it, it’s a lot of fun.

O’Byrne told me that Fergus Jr. hadn’t met many of his extended relations before heading to Ireland and working on the album, but was nonetheless immediately embraced – I felt the same way with the New Zealand McGrath’s, so it must run in the family.

“It was certainly a labour of love and a great experience,” O’Byrne said, noting that a portion of the profits from album sales will go to the Dr. H. Bliss Murphy Cancer Care Foundation in St. John’s. If you’re in Newfoundland, particularly the capital, it’s never hard to find either of the ‘Fergii’ singing and playing traditional music, and a handshake is all it takes to get into the circle. Even if you’re not in Newfoundland, you just might be closer to family than you think. Even if they’re not your own, it won’t take long for you to feel like they are. 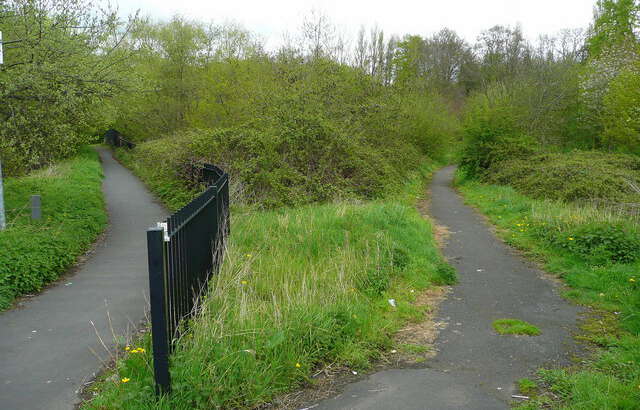 The Gathering [Ireland]
A Newfoundlander searches for her Irish roots