A Newfoundlander searches for her Irish roots

2013 marks the year of ‘The Gathering’ in Ireland. It’s essentially a countrywide Come Home Year, whereby anyone with ancestral ties to the Emerald Isle is invited back to explore their roots. Anyone can organize a Gathering, and if your surname is Irish, you’ll likely find one for your clan.

I’ll take any excuse to go to Ireland. I imagined meeting my distant cousin Mary. We’d share gossip over a cup of sweet tea in her little cottage on the river. Upon leaving she’d present me with a basket of baked goods, the kind that smell exactly how my grandmother’s baking did.

I suppose I should have recognized my folly immediately: Walsh is the commonest Irish surname in Newfoundland and Labrador, and one of the most common in Ireland. But I was determined to find my link to the past, so I hired a genealogist to help me do it.

Walter Batten knew his stuff. For weeks we scoured hundreds of documents for birth certificates, death records, marriage records, gravestone pictures, and anything that might connect my Walsh family in Burin to their Irish origins. We loitered at The Rooms Provincial Archives and the Maritime History Archives for hours. I called parishes in Burin and heckled priests. As a result of the chaos, I took up heavy drinking (or, I resumed heavy drinking).

Finally, after not finding any great results and when it all seemed to be lost, we turned to the Walsh marriage records. We went over every single one for the Burin area (and beyond), and found that nearly every couple was linked to County Waterford. This makes sense, since Waterford is where most of the Irish in Newfoundland originated.

And then we found a gravestone with three Walsh names: Michael, John, and Richards. Names that are all dominant in my family tree. They were from Aglish, while other Walsh residents were from Lismore. Both towns are within a few miles of one another.

The importance of knowing where we came from

Newfoundlanders’ obsession with our Irish roots is nothing new, nor is our deep desire to understand where we came from. “Home” is the most important word in a Newfoundlander’s vocabulary. That’s why The Gathering has such mass appeal for people like us: we all want to know where we belong. We’ve already borrowed the music and storytelling talents. And we make terrific lovers.

What the Ireland Tourism Board has done is brilliant, actually. They’ve made genealogy a tourist attraction, something no other place in the world has done the same.

Over the next five weeks I’ll be travelling around Ireland, seeking those Irish-Newfoundland connections. I intend to spend two weeks in Galway, where I will basically move into the nearest pub and surround myself with fiddle music and draughts of Guinness.

I have no names to connect me to anyone in Waterford, but I’m not worried about finding family there. I’ll be hosting my own Gathering event for the Walsh clan, and hopefully I won’t be the only one who shows up.

Truth be told, my last visit to Ireland was rather disappointing. I disliked Dublin and found it too dirty and too rude. A city is a city. The stomach virus I picked up in a dirty hostel might have had something to do with it. I kissed the Blarney Stone in Cork, but those touristy endeavors have long lost their appeal. For me, it’s the hospitality and warmth of the Irish that draw people to the island. And in many ways, for other tourists, the same could be said for Newfoundlanders.

If you haven’t traced your ancestry, I urge you to do so. It’s an eye-opener. You can’t help but face your own mortality when you’re reading rows and rows of names of those people who first arrived in Newfoundland, all deceased. Thousands of families who lived and were loved, whose existence is now barely known. You may suddenly feel compelled to go out and seek a partner to succeed your title. And if you have any doubts about the point of such a mission, follow my journey around the Emerald Isle and you’ll learn the value of finding ‘place’. As long as I don’t pick up another stomach virus. 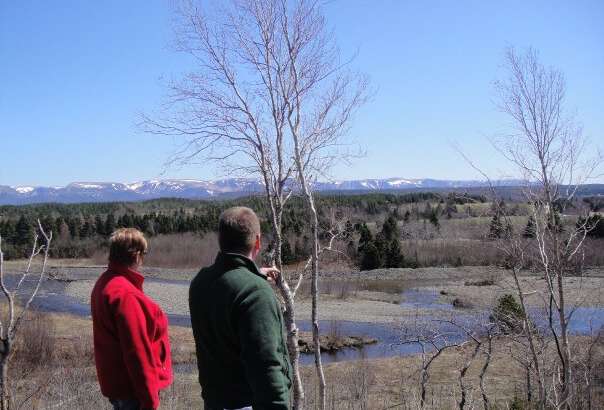