Despite provincial job listing sites boasting thousands of available jobs, Newfoundland and Labrador’s unemployment rate currently sits at 13.9 per cent, according to Statistics Canada’s data for May 2015.

While there are identifiable reasons for this apparent incongruity — a gap between labour demands and qualifications and increased rates of precarious employment as examples — a Paradise man says many in search of a job aren’t being adequately connected to prospective employers.

As a partial bridge to the job vacancy rate and unemployment gap in this province, Chris Buckley decided to start a Facebook group to connect people to job listings, recruiters and employers. Chris Buckley NL-jobs was launched in April, and at the time of publication boasted a membership of 4,575 people. While the majority of the jobs that have been posted are for minimum and low-wage positions, with the group growing Buckley says he is seeing an increased demand for skilled positions, and is hoping recruiters from other industries will join.

In a recent interview with The Independent Buckley, who immigrated to Newfoundland in early 2008, said he started the group because he wants to give back to the community.

“I work for a U.K. company, get paid in the U.K. bank, but I pay tax in Canada. So the Canadian government just sees me as you know, money, thank you very much. So my job is all take, take, take, and I love to be able to just give something back and try and help people have a better life basically.”

Buckley estimates that, to date, at least 90 individuals have obtained work directly through the Facebook page.

“That’s 90 people who are going to have a better Christmas,” Buckley said. “It’s 90 families that can buy a new car or go on holiday, or go out for nice meals and stuff. And that makes me happy you know?”

Buckley, who recently became a Canadian citizen, said when he arrived here he recognized it could be difficult to break into the “inner-circle” of Newfoundlanders.

“Once you’re in the inner-circle it is a massive community and everybody will do anything for anybody,” he said.

Running the group, for which Buckley makes no profit, consumes more time than his full-time job, he said.

In order to relieve part of the load, he has added two other group administrators, one with a background in recruitment and HR, and another who is “just a really nice lady.”

Despite the group’s size, members’ posts are overwhelmingly positive. Rules for the group are pinned at the top of the group, and include not posting anything that is not job-related, not posting negative comments about employers or individuals, and showing up for scheduled interviews. Break the rules, even once, and you’ll be banned from the group.

Buckley has gained a lot of insight into the job market since starting this group, and says that people are often their own biggest barrier to finding employment. In particular, he recommends that job-seekers review their online profiles to ensure that publicly visible photos and posts are aligned with the type of employment being sought.

“If I’m a recruiter and you apply for my job, and I like the look of your resume and your cover letter, guess what I’m going to do next — I’m going to have a look at your profile because I can. I’m going to have a look at your LinkedIn, if you’ve got LinkedIn, because I can. And, you know, I’m not saying don’t have facial tattoos—be whoever you are—but…if you’re looking for a job in childcare, if you’ve got a swastika on your face, you’re not going to get that job.”

Apart from listing job openings, group members post “About Me’s” in which they describe their experience, education and the type of work they’re looking for. Other group members, including potential employers and recruiters, can then suggest companies that may be a good fit or contact the individual directly for an interview.

Beyond that, Buckley noted that the best jobs are often unadvertised, and recommends identifying the companies that would potentially hire somebody with your skill-set and contacting them whether or not a job posting is listed.

He likened the job market to an iceberg, with advertised jobs representing the tip of the ‘berg relative to all available jobs in the province.

“So there must be five hidden jobs for every advertised job, and jobs that aren’t even advertised yet because they’ve not had the time to advertise them, and I think jumping on those opportunities, based on the skill-set that you’ve got, going to companies that you know you could work for with the cross-over skills that you have, is absolutely the right thing to do.”

Buckley is currently developing a website that will build a community of people helping others that extends beyond the scope of a job search, but for now he’s not releasing any more details. Click here to join Buckley’s Facebook group, or follow it on Twitter, @chrisnljobsca. 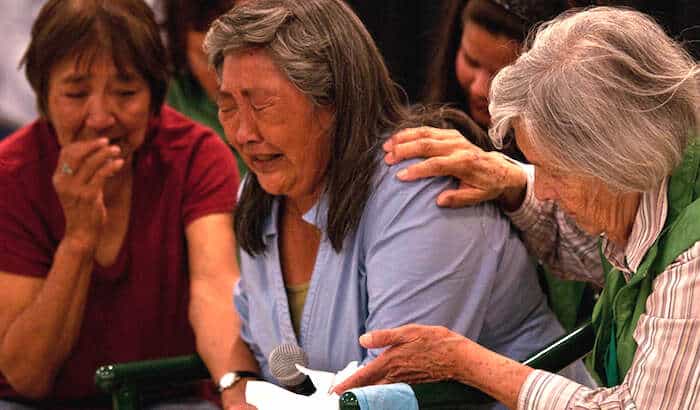 The TRC and our long, humble road to decolonization
The end of the Truth and Reconciliation Commission marks no conclusion, but calls all Canadians to accept the challenge of confronting cultural difference and relearning… 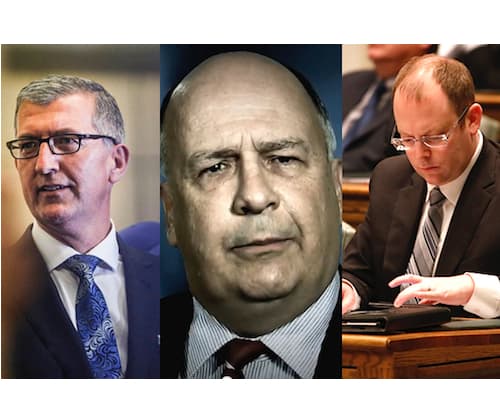 Masters of mediocrity
Why is our government so determined to hide out in the middle of the pack?