When a problem comes along, must you whip it? Four outspoken Canadian politicians are questioning parliamentary party discipline at Memorial next week.

If you have ever wanted a first-hand look into the heart of darkness that is Canadian party politics, you will get a chance on 6 February 2020. Memorial University is hosting the Hon. Jody Wilson-Raybould and the Hon. Jane Philpott at the Bruneau Centre to take questions about the challenges of party discipline in parliamentary politics.

Sponsored by the Royal Society of Canada (Atlantic) and the Memorial University’s Scholarship for the Arts program, Wilson-Raybould and Philpott will be joined by former MP Ryan Cleary and current independent MHA Paul Lane. The panel will be introduced by Political Science Professor Alex Marland, and the Q&A will be moderated by Michael Morden from the Toronto-based Samara Centre for Democracy.

Last year, Canadian politics was shaken to its core by the SNC-Lavalin scandal. To make a long story very short,Wilson-Raybould publicly dissented over pressure from the Prime Minster’s Office to override her decision not to intervene on behalf of the company as it faced corruption charges. Wilson-Raybould and Philpott resigned from their Cabinet posts in protest, and the affair culminated in April 2019 when prime minister Justin Trudeau expelled them both from the Liberal caucus.

The SNC-Lavalin affair highlighted a number of tensions and contradictions at the heart of the Canadian parliamentary system—as well as widespread misunderstanding about our arcane mechanisms of government among both laypersons and professional commentators alike. Party discipline presents a particularly difficult paradox for both politicians and the public. Strong party discipline ensures coherent, organized, and smooth political action and messaging in an omnipresent and fragmented media landscape. But party discipline also makes it harder for backbenchers to hold the government to account, to vote freely on bills and motions, to voice independent thoughts, or otherwise fully represent their constituents.

How do politicians balance these tensions? And what are some ways these problems could be addressed and improved?

There are few panels better positioned to answer your questions. Jane Philpott is a former federal minister of health, Indigenous services, and president of the Treasury Board. Jody Wilson-Raybould is a former federal minister of justice, attorney general, and minister of veteran’s affairs; she is a member of the We Wai Kai Nation and, as independent MP for Vancouver Granville, she is the first woman elected federally as an independent since party labels first appeared on Canadian ballots in 1972. Ryan Cleary was an independent journalist, NDP MP from 2011-2015, a Progressive Conservative candidate in the 2015 Newfoundland and Labrador provincial election, and most recently headed efforts by dissident fish harvesters’ association FISH-NL to get union certification. Paul Lane was first elected to the House of Assembly in 2011 as a Progressive Conservative before crossing the floor in 2014 and being elected as a Liberal in 2015; he was subsequently expelled from caucus following his dissent over Budget 2016, and elected as an independent MHA in last year’s provincial election. From the opposition benches to the federal Cabinet table—and many places between and beyond—this panel has seen how the proverbial political sausage is made: how the meat is first butchered, then processed, packaged, delivered, sold, cooked, eaten, and finally evacuated out of sight and out of mind.

Anyone interested is encouraged to attend. For those unable to go in person, the Independent will be there to cover the conversation. If you have a question you would like us to ask the participants during media availability, please submit them to [email protected] and we’ll see what we can do. 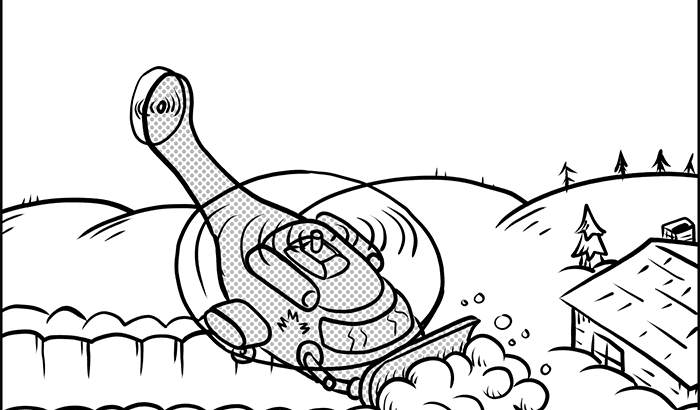 Indy Inks (30 January 2020)
We really appreciate that Peter Mackay has a Winter Emergency Plan for Newfoundland and Labrador, but it looks a little choppy.

Walking St. John’s After the Blizzard of the Century