Reckoning With Colonial Violence in Canada

Those who assembled on Saturday in solidarity with Wet’suwet’en are among thousands taking part in ongoing blockades and demonstrations across Canada.

Dozens of people assembled in Bannerman Park on Saturday, February 15 to rally in solidarity with Wet’suwet’en land defenders before taking to the streets and collectively marching to The Lantern on Barnes Road for a teach-in.

Solidarity with the Labrador Land Protectors was the organizing force behind Saturday’s rally and teach-in. They were same group that organized over 100 people to show up for a sit-in when Premier Dwight Ball and Minister of Natural Resources Seamus O’Regan made their non-announcement announcement regarding Muskrat Falls.

The day’s actions began with the rally in Bannerman Park, where participants gathered at the park’s Military Road entrance. After hearing from land protectors and organizers, more than 60 people walked onto the street and marched together to The Lantern chanting in solidarity. Once there—treated to a community meal catered by Flavours of India—the crowd engaged in a teach-in, where spaces were created for people to self-educate, to learn, to listen, to connect, and to discuss.

Solidarity With Wet’suwet’en: “A territory under attack”

“Today we stand here in solidarity with Wet’suwet’en, a territory under attack for a pipeline to go on their unceded land,” land protector Angelica Vincent announced at the rally. “They are starting to point their guns [at] the people of Wet’suwet’en, for peacefully protecting what is rightfully theirs… We need to be loud, make our voices heard from all corners of Turtle Island.”

Those who assembled on Saturday to show their solidarity are among thousands of Indigenous and non-Indigenous voices and bodies taking part in ongoing blockades and demonstrations that demand an end to the violent colonization of sovereign nations and their lands.

“I have friends right now that are sleeping, and have been for a week straight, on train tracks,” Mi’kmaq land protector Jude Benoit said to rally attendees. “They have successfully shut down all of the train system in Canada… It’s not over. It’s far from it.”

“We will not take this anymore,” Mi’kmaq land protector Robert Leamon affirmed to the crowd. “We have to fight back. Justin Trudeau says that this has been a difficult week for Canadians. This has been difficult generations for Indigenous people trying to live peacefully on this land.”

The action was primarily organized in response to the call for solidarity put out by the Wet’suwet’en Nation. But organizers and attendees alike recognized that the recent RCMP raids on Wet’suwet’en land are only part of the pervasive legacy of colonial violence that is the Canadian state.

When called upon to open the rally with a land acknowledgment, Benoit stated plainly: “I would like to acknowledge that we are on stolen land of the First Peoples; that this isn’t Canada, this is Turtle Island; and that reconciliation is dead.”

The words have been ringing out from coast to coast to coast, as images from the Unist’ot’en Camp are shared online showing RCMP officers arresting matriarchs. One video shows yellow-vested workers dismantling a gate with the word “RECONCILIATION” written across it.

Many of those who showed up to the rally expressed feeling distressed by RCMP invasion of Wet’suwet’en territory. They were generally frustrated with the Canadian government’s failure to rectify the ongoing violence and inequities that are still being forced upon Indigenous peoples without consent.

“It’s embarrassing,” one rally attendee told the Independent. “It’s shameful that this is happening in Canada.”

According to First Peoples’ Law, the British Crown never conquered or made a treaty with the Wet’suwet’en. They are governed by both a traditional governance system as well as band councils created by the Indian Act. Band councils have decision-making powers under the Act, but are limited to the boundary of the First Nation’s reserves; meanwhile, the hereditary chiefs are responsible for the unceded ancestral lands beyond the reserve. Indigenous land rights in Canada extend beyond those stipulated in the Indian Act and are recognized by section 35 of the Constitution Act, 1982. Canadian courts continue to recognize that these Indigenous laws form part of the country’s legal foundation—and thus its “rule of law.”

The situation in British Columbia is significantly more complicated, however. Despite having no legal title to much of the territory in the province, the colonial government nevertheless began parceling out land to non-Indigenous interests starting in the 1860s. The Supreme Court of Canada since 2004 has therefore recognized the Province’s authority over unceded Indigenous land as ‘de facto’—that is, not based on established legal authority. While Canadian courts have also held that provincial governments may be able to infringe on Aboriginal title, the justifications for infringement are severe—and at any rate the BC government has not attempted to justify its infringements against the Wet’suwet’en.

Wet’suwet’en Nation is made up of five clans, and each clan has different house groups that care for their territories. Talbits Kwa is the territory protected and cared for by the Unist’ot’en House of the Gilseyhu Clan where RCMP officers forcibly entered land defenders’ camp and healing centre earlier this month.

It has been more than a decade since Wet’suwet’en land defenders moved onto the territory in order to protect their nation’s sovereignty, law, land, and people.

“We are not criminals,” Vincent told Saturday’s rally. “We are simply people that want to keep our way of life, keep our land clean, and use both for the next seven generations.”

Speaking with the Indy after the event, Leamon noted: “What’s happening in Wet’suwet’en is just the latest example of generations of colonial violence.”

“First Nations people have been pushed way past our limit,” remarked Benoit. “I don’t think there’s any hope left for working with this colonized government the way that it is… they continually put the interests of Big Oil, of money, before our lives.”

In addition to rallying in solidarity with Wet’suwet’en, organizers wanted to provide resources for settlers to self-educate. That’s why the day’s actions were structured to include a rally as well as a teach-in.

“We are living in the colonial present… Settlers built this state, so we are absolutely responsible for dismantling it and making something better. That was part of what we’re trying to do here today.”

At the teach-in, the documentary film INVASION from the Unist’ot’en Camp website was screened on a loop. Participants were given time to engage in multiple discussion sessions. Printed resources were also available for attendees to deepen their understanding of the ongoing effects of colonialism and colonial violence.

“Seeing all the Indigenous and non-Indigenous folks come together across Turtle Island in solidarity with the Wet’suwet’en land defenders, and in solidarity with the Labrador Land Protectors and land protectors all across Turtle Island, I think that it really shows that we’re going to be on the right side of history on this,” Leamon told the Indy.

“We are not the ones that have started this fight. This is entirely orchestrated by these colonial governments and Big Oil and these destructive climate projects. They’ve put us in this position. We’re simply responding.”

“They keep trying to eradicate us… it’s heartbreaking to see, over and over and over again,” Benoit added. “The violence against us has built to a point where we don’t see it ending.”

Pushing Back Against Colonial Narratives

For settler Canadians to understand the realities of colonization as they are lived by Indigenous peoples, there needs to be more space for the other side of the story. Specifically, this means amplifying the voices that are pushing back against the story perpetuated by governments, corporations, and colonizers of all stripes.

Beyond showing solidarity with the Wet’suwet’en and sharing information about the atrocities happening on that territory, attendees also grounded the issues closer to home. Much discussion on Saturday surrounded Muskrat Falls and the Labrador Land Protectors.

“At Wet’suwet’en, the RCMP are very much forcefully trying to get rid of any blockades or any Indigenous people that are taking up that space. They’re actively silencing journalists… because they don’t want that story to be told,” explained Leamon.

“They know, inherently, by trying to push out those journalists that this is wrong. We saw this in 2016 with the Labrador Land Protectors and the role that the Independent played with Justin Brake in actually getting that story covered… We have to reflect on those parallels.”

A connection was also drawn to Newfoundland and Labrador governments’ history with resettlement. “The government has a history of forcing people off their land,” noted Benoit. “If anybody should understand what we’re going through right now, it should be rural Newfoundlanders.”

“For me, seeing the destruction of those camps—those people have been living there for over a decade,” Benoit continued. “To see them get their homes, their community, ripped down to build a pipeline—it’s unbelievable.”

“It’s the same thing with the Labrador Land Protectors,” Benoit concluded. “To know people, to see people—beautiful people—that are just trying to protect their sacred land, get dragged across the ground; to see grandmothers get dragged across the ground; to see people get arrested and then constantly have to go to court to fight against a government that only cares about these big oil companies…” 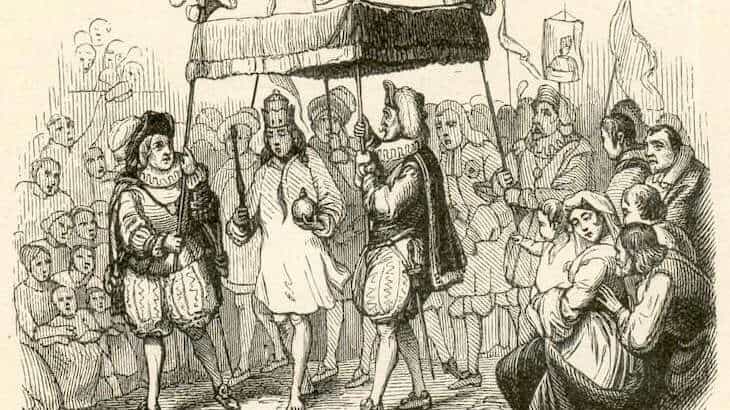 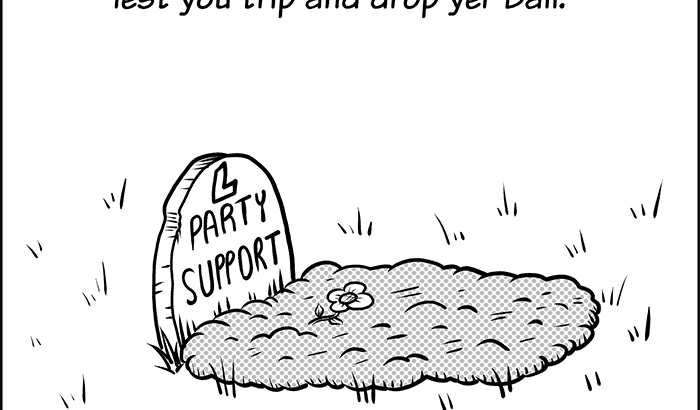 Indy Inks (18 February 2020)
And it seems to me, you ran the place like a candle in the wind... and that candle's burned out long before the legend ever…