After four decades advocating for local and global social and environmental justice, Oxfam Canada has closed down its Atlantic regional office in St. John’s

For the past 30 years Bill Hynd has served as an Oxfam Canada representative in St. John’s. We met at a local café last November to discuss popular news topics like fracking, climate change and prevailing attitudes on aid spending, as well as the situation with the local Oxfam branch in St. John’s.

Hynd explained that Oxfam has always been concerned about promoting and protecting basic human rights such as the right to education, health care, clean water, and access to adequate sanitation. The need for social justice groups like Oxfam is only increasing as inequality grows. “Our work is not done. There are still over 60 million children with no access to school, over two billion without access to a basic toilet. And yet the prevalent ideology today is focused on cuts to government spending, provide fewer services and have charities pick up the slack.”

One pressing issue that many Non-Government Organizations (NGOs) are grappling with is cuts to aid spending. Hynd brought up the recent revelation that almost $300 million of Canadian aid went unspent in 2013, which is a part of a larger trend of cutting support to foreign aid. “Canada needs to honour its obligations. How can we have $300 million in Ottawa sit there unspent? [Federal Finance] Minister [Jim] Flaherty is promising a balanced budget in 2015, and yet our aid spending continues to face deep cuts. Over three decades ago Canada committed to spending 0.7 per cent of its GNI on helping end extreme poverty. We are [now] spending less than half of this and it is dropping. We need to ask at what costs will we see a balanced budget? Who will pay the price and what obligations will we shamefully turn our backs on?”

Hynd was also concerned with the issue of aid focus. He noted that there is an increasing trend where financial aid is administered to coincide with the interests of Canada’s trade agenda. Hynd raised the issues of how some prominent international aid agencies have created partnerships with Canadian mining companies, such as Barrick Gold. “Canadian aid is supposed to be spent on alleviating poverty and advancing human rights,” he said. “To link aid to trade or mining does a disservice to those who understood that poverty will only be eliminated once people are able to access their basic human rights.”

The St. John’s Oxfam Centre was in the news last September after a fire destroyed the building housing its downtown office. “What hurt the most was knowing we had lost over 40 years of rich archival history,” Hynd explained. “The Oxfam Centre was opened by volunteers and the work was guided by volunteers. I was fortunate to be the staff person who worked with many dedicated individuals who cared passionately about global and local issues and how they linked. From anti-apartheid work to linking fishermen from Newfoundland with fishermen in Nicaragua, to supporting youth activists, our work on HIV/AIDS including a cross country theatre tour. With a limited budget you had to rely on people’s energy, imagination and resolve. That we had plenty of.”

When asked about the future of the St. John’s Oxfam office Hynd disclosed that Oxfam was not planning to rebuild. Due to the cuts in federal spending, money for public engagement in Canada was no longer available and Oxfam has already been forced into shutting the doors of its other regional offices. Hynd stated, “What distinguished Oxfam from other aid organizations was its commitment to having a presence in the regions. This is no longer possible. Oxfam has had to change its approach on how it will build, engage and support volunteers.” With the closure of the St. John’s office, this work will now be done from Ottawa.”

While Oxfam’s departure from St. John’s has created a vacuum, the Social Justice Cooperative of Newfoundland and Labrador will try to fill the vacuum, addressing social justice and environmental issues. Oxfam has donated a grant to help the new grassroots organization.

Friends and supporters will come together at the Masonic Temple in St. John’s on March 28 to celebrate Oxfam’s 40 year-long presence in St. John’s and Hynd’s 30-year commitment to local and global social and environmental justice. Hynd’s last day as Oxfam Canada’s Atlantic Outreach Officer was March 7.

Going out the back door
With the "Fair Elections Act" the federal Conservatives may have the trump, but they're not playing with a full deck 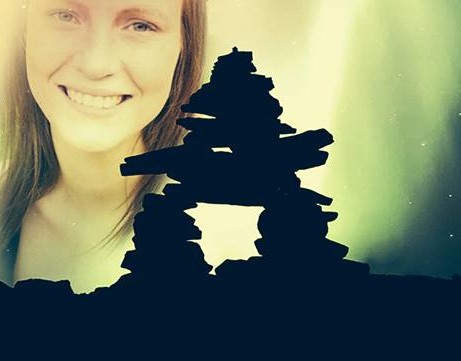 Ignorance is not bliss
We are all accountable to Loretta Saunders