Divest MUN says decision by university’s Board of Regents to strike an advisory committee to study the question of fossil fuel divestment is a “positive sign”.

As governments around the world move to confront the the climate crisis, a growing number of people and groups within the Memorial University community are pushing for MUN to join post-secondary institutions worldwide in working toward divestment from the fossil fuel industry.

Following a sequence of votes last year among student and faculty unions in Corner Brook and St. John’s to support divestment, MUN’s Board of Regents voted in December to strike a committee to study the possibility of divesting the university’s holdings in oil, gas and coal companies.

The decision came just days before Canada agreed to a deal at the global climate talks in Paris to cooperate with nations around the world to limit global warming to 1.5 degrees Celcius.

According to the minutes from the Dec. 3 MUN Board of Regents meeting, the new divestment committee will “consult as appropriate and…provide advice to the Board and its Committees regarding the environmental, social, governance and financial dimensions” of the question of fossil fuel divestment.

“We know to achieve our 1.5 to 2 degree target, we have to transition away from fossil fuels — that has to happen,” Divest MUN spokesperson Lindey Touzel told The Independent in a recent interview.

“So I think the fact that [MUN’s Board of Regents is] investigating divestment and actually taking the request seriously to look into it is a positive sign coming from the institution and the management of the institution [and] sending the message that we’re starting to question whether we can continue to be investing in the fossil fuel industry given Canada has now made this commitment.”

Last spring Divest MUN gained support from Memorial’s faculty union, MUNFA, whose board voted overwhelmingly in favour of supporting divestment. And in the fall the university’s Graduate Student Union (GSU) held a vote to support divestment that garnered 100 percent support from its board members.

In an op-ed for The Independent last April, Robin Whitaker and Gerard Curtis, Memorial and Grenfell professors respectively, argued “divestment is based on the idea that it is ethically inconsistent to profit from an industry whose entire business model…is grounded in planetary harm. If it is not the whole answer, neither is it an empty gesture. Instead, it should be seen as one part of a wider program for progressive change.”

Responding to MUNFA’s vote to support divestment, university president Gary Kachanoski told The Independent MUN abides by an “ethical investment policy,” though that policy was found to be incomplete and non-binding.

Divest MUN discovered the university presently has holdings in several fossil fuel companies as well as British American Tobacco, one of the largest tobacco firms in the world that is currently implicated in the largest civil class action lawsuit in Canadian history.

Enbridge Inc., Husky Energy Inc., Chevron Corporation, Exxon Mobil Corp., Encana Corp. and Canadian Oil Sands Limited were all found in MUN’s investment portfolio. All companies have profited from contributing to climate change, while exposés last year by the L.A. Times and InsideClimate News revealed how Exxon, Chevron’s predecessor Gulf Oil, and other big fossil fuel companies knew for decades about the connection between fossil fuels and global warming but worked to conceal the information from the public and the media.

According to the World Health Organization, climatic changes currently account for around 150,000 deaths annually, with that number expected to increase to 250,000 per year between 2030 and 2050.

A committee at the University of Toronto (UofT) similar to the one that will be struck at MUN recently concluded that UofT, Canada’s largest university, should undertake “targeted and principled divestment from companies in the fossil fuels industry.”

The UofT decision comes as divestment campaigns are underway at at least two dozen other Canadian universities, according to Fossil Free Canada’s website.

A spokesperson for Memorial University Students’ Union (MUNSU), which represents more than 13,000 undergraduate students at MUN, said their union will hold a vote on divestment at its upcoming board meeting on March 30.

A request for an update on the formation of the advisory committee was sent to MUN’s Board of Regents, but The Independent did not receive a response by the time of publication.

When the committee is struck, said Touzel, “we would like to see a balanced committee that represents all the stakeholders involved in this,” and one that does not include members who would be in a financial conflict of interest, she added, such as those receiving funding from fossil fuel companies while carrying out the committee’s mandate.

Though started on the campuses of North American colleges and universities, the fossil fuel divestment movement has grown beyond the walls of academic institutions.

Last summer in Corner Brook the United Church of Canada voted to divest from the fossil fuel industry, and in the United States a number of municipalities have either already divested their pension funds from fossil fuel companies or are taking steps to.

On March 21 at 5 p.m. Divest MUN will hold a free screening of the documentary film “Disruption. Climate. Change.” at Memorial University’s Arts Building (room A1046) in St. John’s, which will be followed by an update on divestment efforts at the university and a discussion. Click here for more information. 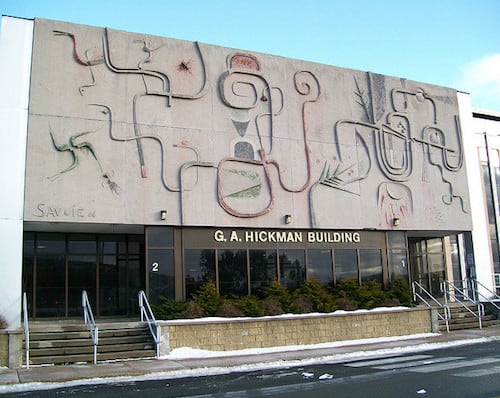 What public consultation on the TPP?
We went to a federal government-organized ‘public consultation’ on the controversial Trans-Pacific Partnership trade agreement that the general public didn’t seem to know about. Here’s… 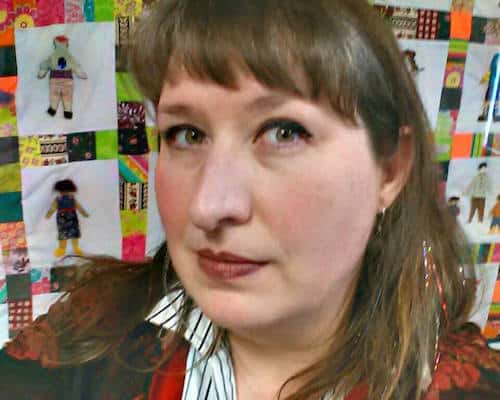 Toward reconciliation in Newfoundland and Labrador
Amelia Reimer, one of the province's most vocal advocates for Indigenous rights, fields questions about missing and murdered Indigenous women, residential schools, and the path…