“Hey ho! Hey ho! Transphobia has got to go!” was the cry resounding through downtown St. John’s as the Trans March wound along Duckworth and Water Streets to a chorus of supportive car horns.

Roughly 75 members of the trans community and supporters gathered at the foot of the War Memorial across from Harbourside Park early Saturday afternoon for the largest stand-alone Trans March in the province’s history.

While smaller trans marches have occurred before—local trans activist Jennifer McCreath organized one last year with a handful of other activists—this year’s differed in scale and scope. In early July, a public meeting was organized at Memorial University by community activists to debate the idea of formally organizing a separate Trans March.

“A couple weeks ago a public meeting was held where over 20 trans people from the community democratically voted in favour of having a Trans March separate from the Pride Parade,” said Alex Noel, one of the organizers, in a speech to the loud and energetic crowd.

“Why, you might ask? Because we deserve it and it’s time to shine the light on issues that are facing trans people in Newfoundland and Labrador. I believe this march is a demonstration of what Pride Week could and should be — community organizing and political action, without asking permission.”

The march was not an officially sanctioned St. John’s Pride event and was held without applying for a permit, a characteristic commensurate with trans marches in other Canadian cities and one that is sometimes considered a symbolic statement about the right of trans people to use public space without asking special permissions, in a country where legal protections for trans persons have lagged far behind protections for cisgendered members of the queer community. In the City of Toronto, trans activists organized ‘rogue parades’ down large thoroughfares such as Yonge Street for several successive years despite being denied official permits.

“This march is happening at an incredibly politically crucial time,” Noel said to the cheering crowd. “We have both a federal election and a provincial election coming up. Now, more than ever, trans people in this province need to be vocal. We need to hold the politicians’ feet to the flames and demand that the needs of our community be met.

“But this is not just a campaign for an election year. What we are doing today is building a movement. I hope to see the Trans March become a staple of Pride Week for years to come, and—much like the Pride Parade—grow in size over time.”

Asked why the decision was made to hold a march separate from the annual Pride Parade, Noel emphasized the unique issues facing the trans community.

“Trans issues need to be brought into the spotlight. They’re often overshadowed by other issues that other folks within the LGBTQ spectrum are facing, such as gay marriage or inclusionary practices in military hiring, and we’re often the most vulnerable group within that spectrum. So it’s important that we shine a spotlight on those issues.”

The participants were a diverse group ranging from seniors to youth. Alix Snow is a high school student at Holy Heart, who’s going into Grade 12 this year.

“Trans rights are a very hot topic in Newfoundland and are something that need to be discussed.”

Snow named “washroom safety—and just open washrooms in general—homelessness, discrimination in education and workplaces” as some of the issues discussed in Holy Heart’s Gender and Sexuality Alliance (GSA). “Our school actually does have a gender neutral washroom. Actually there’s multiple.”

Kasey, another high school student from Holy Heart, said trans rights “are definitely a hot topic,” and agreed with Snow that the problems facing members of the trans community need to be openly discussed with an eye to solutions.

“As someone who’s trans feminine there’s a lot of violence that could happen against me and it’s something that we really need to work toward not happening,” Kasey said. “So the rally will hopefully help with that as well.

“It’s something we discuss a lot in our school, but from what I’ve heard there’s a lot of other schools in town that aren’t as good as Holy Heart tends to be.”

The steps leading toward the War Memorial were lined with brightly coloured toilet plungers, a symbolic reminder of the ongoing struggle to ensure the provision of gender inclusive washrooms.

When she speaks, Jefferies opens her talks by listing the names of transwomen who have been murdered in 2015.

“I’m here to stand in solidarity but also to advocate on behalf of everyone in the trans community,” she said. “It was yesterday morning that the eleventh trans woman was murdered in the States. So that marks two this week, during Pride Week. You know, it’s always on my mind that these things are going to happen, but during the week that’s so important to all of us it’s important that we recognize that our sisters above all are losing their lives and it’s frightening.”

The march comes on the heels of an announcement earlier this week that the provincial government intends to revise the Vital Statistics Act to make it easier for people to change the gender denotation on government-issued identification.

It also comes nearly two years after the provincial Human Rights Act was amended to include ‘gender identity’ and ‘gender expression’ as prohibited grounds of discrimination. But there remains a range of issues that pose barriers to the equality rights of the trans community in this province, Jefferies said.

“Health care’s a big one, even safety is a big one. Walking down the street sometimes is tough…the act of being visible in this province is always fraught with tension.”

Jefferies says a separate march is an important symbolic gesture by and for the trans community.

“We have to claim our own space. It’s no new thing that the trans movement has always kind of fought on their own, in part with a larger gay and lesbian liberation movement, but you know there’s always been some kind of distinction,” she said.

“We need to work beyond that, but at the same time we have to acknowledge our relations of difference and connection. And I think just coming together and showing support as a whole community is an important radical act.” 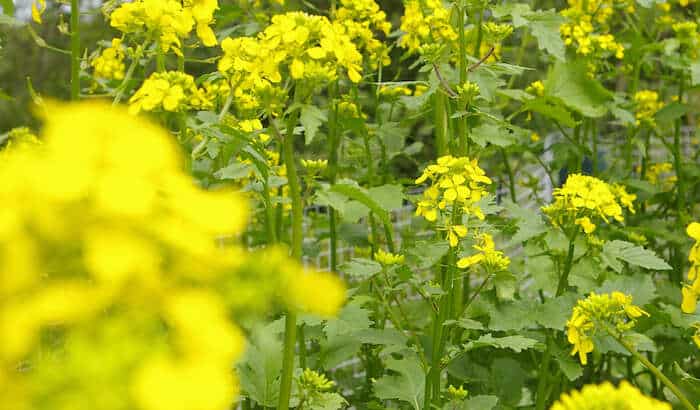 Mustard: The greatest among herbs
It grows well in Newfoundland, has a variety of uses, and experimenting with it can make you feel like Alice tumbling down a rabbit hole… 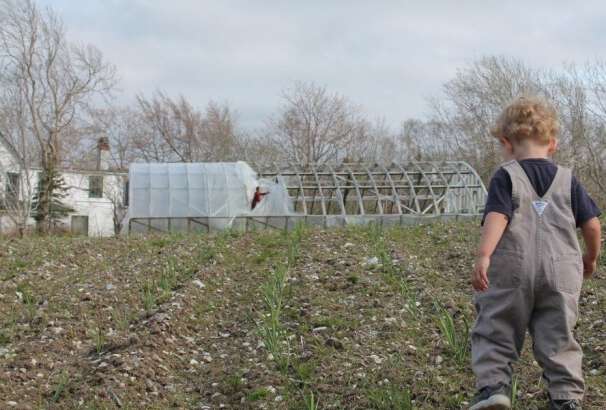 The (so-called) ‘Terrible Twos’
They warn us about them. And for good reason.