As grim photos pour in, telling the tale of devastation in parts of Japan, those here at home urgently called, Skyped, Tweeted, Facebooked — did whatever — to get in touch with friends and family living there.

Today, TheIndependent.ca heard from a couple of our own living in Japan. We wanted to hear how they were feeling and what was happening where they were. As Saturday morning breaks in Japan, many people in touch with us are still awake, amidst aftershocks, worry — or, in most cases, both.

The first person we contacted today was Rick Martin. Rick grew up in St. Shott’s, near Trepassey, and has been living in Tokyo since 2008. He lives there with his wife, who is from Japan. This is an un-cut audio interview with him via Skype from today, with his description of what’s happening for him there now and his thoughts on the coming days…

We also contacted local Kevin Hehir, whose brother lives a ten-minute walk from the Tokyo train station. He spoke to his brother via the Internet on video chat and said the blinds in his brother’s apartment were moving behind him. Hehir also reported, “The trains are shut so no one can get home. Consequently, all of the stores are empty as people have to stay in their offices overnight.”

“We’re fine but there have been over 60 aftershocks since the first quake … and we’re still feeling tremors every five or so minutes.” –William Hynes

Newfoundlander Erin Sharpe was in touch through email, saying she could talk more about it all tomorrow. She was stranded with some friends, since there are no trains, and wrote that they were “just trying to distract each other from the aftershocks,” and maybe trying to get some sleep eventually.

William Hynes, another Newfoundlander from Bishop’s Falls, wrote in around noon (NST) and said, “We’re fine but there have been over 60 aftershocks since the first quake at 2:43 [p.m., Japan time] and we’re still feeling tremors every five or so minutes. I’m in Tokyo, about 500 kilometres from Tohoku, the hardest hit area, and unfortunately people up there are much worse off than we are.”

As information comes in from various Newfoundlanders, we will continue to update this post. For fast information on what’s happening as the ordeal unfolds, Google has set up a crisis response website which aggregates a lot of useful information in one place. Websites like the Red Cross are working quickly to get the public’s help in gathering funds for the hardest hit areas needing assistance in Japan.

Finally, bloggers like our interviewee Rick Martin are putting together their own list of resources and updates. His blog also includes footage in his apartment during the earthquake.

If you have an update you’d like to share on a Newfoundlander living in Japan, especially if you are one, send us an email and we’ll post your news here.

Update from William Hynes in Tokyo over the weekend via Facebook:

“It certainly was the largest earthquake I’ve ever experienced but nothing compared to what happened in the Tohoku area, up north [William is approximately 500 kilometers from Tohoku]. I study pottery up there and have many friends living there.

I was, in fact, supposed to be up there myself right now. I decided not to go as I’m planning a trip to Newfoundland this summer and wanted to do some extra work to save money for the trip. The family I usually live with there have lost their house but everyone, despite not being all together yet, is accounted for. I’m thankful for that.

All of my neighbours here in Tokyo are pretty shaken up but we’re all ok. We’re just trying to clean up the mess left behind. In Tokyo, we’re probably all doing the same as you guys – sitting glued to the TV waiting for news from the north.

The latest news about the nuclear plant explosion is pretty shocking for them but we’re pretty safe here, Fukushima being about 250 kilometres away.

I live near Shinjuku, which has the world’s busiest train station and the walk through that station was pretty depressing last night. There were thousands of stranded people with nothing else to do but wait it out until morning or walk home. A student of mine just sent me a message telling me about his 5-hour trek from work to home. The streets were incredibly packed with people. It looked like a mass pilgrimage. I was lucky as I was at a cafe with some friends near here and was able to walk home.

My apartment was pretty trashed so I spent the night at a friend’s place. I’ve just now cleaned everything and everything is back to normal, though there are still tremors every 10 or 15 minutes.” 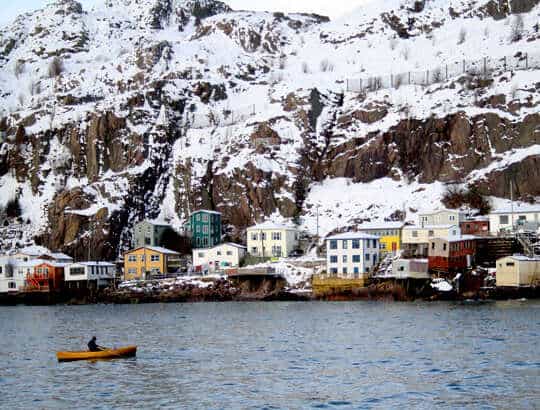 Asleep in the cold
If anyone knows about starting again, starting over, picking up pieces and going on, it is my Oma.