MUN professor takes aim at consumer capitalism for its role in the ecological and climate crises, draws inspiration from Pope Francis in leading a local initiative to start “a new conversation” about ecology and sustainability.

If political leaders in Canada and around the world are serious about averting ecological and climate disaster, they need to do more than wean their regions off fossil fuels and ‘green’ their economies, says a Memorial University (MUN) professor.

Dr. Sean McGrath, head of the university’s Department of Philosophy, argued in a recent op-ed for MUN newspaper The Gazette that while reducing greenhouse gas emissions to curtail the impacts of global warming is an important effort, threats to the long-term habitability of the planet must be addressed at their root — and that means changing our economic system.

“Nothing less than the end of consumer capitalism is required if the planet is to be habitable for future generations of humans, not to mention countless imperilled species of animals and plants,” he wrote.

That capitalism is at the root of the ecological and climate crises is not a new idea.

Scientists are now as certain that climate change is human-caused as they are that cigarettes kill — and we know exactly to what extent fossil fuel and other key industries in the global capitalist economy are contributing to the emission of greenhouse gases into the atmosphere.

In addition to climate change, taking into consideration population, water supply, agriculture and energy, some researchers claim human activity has precipitated a “‘perfect storm’ of crises” that could “unravel [the] global system” and bring about the “collapse” of civilization.

The growing body of evidence suggesting humans are wreaking havoc on the global biosphere and imperilling life on Earth is prompting millions worldwide to mobilize and resist the dominant political and economic forces they say are responsible for the crises. Occupy Wall Street, Idle No More and the burgeoning global climate movement were all, in various ways, responses and expressions of opposition to global capitalism.

In 2014 Canadian journalist and author Naomi Klein outlined in her book This Changes Everything how a healthy, sustainable biosphere and capitalism are inherently incompatible.

Last fall, during an interview with The Independent, Newfoundland’s first NDP leader, journalist and public intellectual Ed Finn cited Klein’s work in identifying “neoliberal capitalism” as the ideology and form of economics bringing ruin to Canada and the world. Maintaining an economic system that “can only persist as long as there’s economic growth…is clearly not sustainable,” he said.

At a climate change rally last November, days before world leaders met in Paris for the Conference of Parties (COP21), St. John’s activist Erika Steeves announced to a crowd gathered at Harbourside Park in the capital city that “we need to resist the ideology of capitalism and its central premise of endless growth in order to collectively remember that another world is possible, one beyond carbon and growth as God.”

In his op-ed, referencing the work of author Paul Gilding, McGrath said that, “[f]aced with disappearing natural resources, exponentially increasing climate change and ballooning human population, we can no longer afford to live beyond the means of our planet’s ecosystems and resources. Economists and governments still talk of stimulating the sluggish global economy, failing to notice that while we remain dependent on fossil fuels, this stimulation is at the expense of the Earth that makes human life itself possible.”

“Not for the sake of our children’s children”

It’s one thing to point the finger at capitalism, but quite another to change the global economic order, McGrath told The Independent in a recent interview — and it’s not going to happen among elites or in top-down fashion.

In his Gazette op-ed, McGrath said any adequate societal or economic changes would require “a radical transformation in our thinking about ethics” that “may prove insurmountable,” explaining that while it’s too late to reduce greenhouse gas emissions in a way that would benefit the next few generations, there’s still time to extend our consideration for humanity as a whole, and for the humans and other animals who will inhabit the Earth several generations from now.

“What climate change activists are hesitant to tell you is that the reductions they are calling for, the limitation of emissions to 350 parts per million or the confinement of global warming to 2 degrees above pre-industrial times…is not for the sake of our children’s children, it is for future humans who will likely not even remember our names,” he said during the recent interview. “The reductions debated in Paris will have no effect on the next two generations of humans.”

If we were to achieve an understanding and appreciation of our duty to life on Earth beyond our immediate descendants, it might lead us toward what McGrath calls “collective self-limitation”, the idea, he said, that people must work together locally and globally to realize “collective ecological action” as opposed to the “individual consumer choices” that capitalism propagates.

Of all the ideas being articulated around the climate and ecological crises, McGrath said Pope Francis “nails it” in his recent encyclical.

Last year Francis called on the world’s 1.2 billion Catholics to join the fight against climate change. In Laudato si’ the Pontiff laid out a “progressive economic agenda that fundamentally rejects deregulated free-market capitalism,” one commentator noted for Al Jazeera America.

We actually need to rethink why we want to live in the first place, in order to bring about the desired change. — Dr. Sean McGrath

“And what I found so fascinating about that is that it actually targets one of the principle ideological mechanisms by which consumer capitalism consoles us, that we can have our cake and eat it too — which is green consumerism: recycle, walk to work, and solve the problems. This is actually a lie. Climatologists will tell you that it’s not going to make any difference whatsoever; in the short-term definitely not, and in the long-term…while the world is still buzzing with airplanes bringing food and products all over the place in order to satisfy this infinite demand for consumer goods, the problem remains.”

In the encyclical Francis promotes the idea of “ecological conversion” — what he calls “a spirituality [that] can motivate us to a more passionate concern for the protection of our world.”

The idea of a ‘conversion’ makes the climate and ecological crises and our response to them a “religious issue,” McGrath says, “[which is] very interesting because I think there is something religious about consumerism. There’s a reason why it is the reigning ideology on Earth today. It has replaced traditional religions and traditional views. It is now our one idea of what human happiness can consist in, and that’s why everybody wants to be a consumer, right? It’s a dead end. And that’s what Francis is saying: an ecological conversion. We actually need to rethink why we want to live in the first place, in order to bring about the desired change.”

Getting the ball rolling in Newfoundland and Labrador

Since governments alone can’t bring about the kind of change necessary to radically transform the global economy, McGrath and others are facilitating efforts in Newfoundland and Labrador to get the ball rolling locally.

Out of a research project on ecological issues—specifically an inquiry into the concept of the “death of nature”—McGrath founded For a New Earth, an initiative that aims to “start a new conversation [about environmental ethics and sustainability] that has not yet happened,” according to the project website.

Last September McGrath led the coordination of a four-day gathering in western Newfoundland called The Future of Nature. The transdisciplinary event brought together artists, activists, Mi’kmaq leaders, local Indigenous and non-Indigenous residents, and academics—including some from outside the province and country—in various places on the Island’s west coast to share ideas and experiences related to ecology.

McGrath says the event was, in part, a “response to the lack of integration in ecology today.

“There’s plenty of people doing ecology all over the place, there’s plenty of ecological research, quite well-funded environmental research at Memorial University and probably every other university in the world. But these things are all happening in silos — the left hand doesn’t know what the right hand is doing,” he explained.

The next For a New Earth event is scheduled for March 3-5 at Memorial University campus in St. John’s. The Future, The Arts, and Ecology will feature various discussions, films, performances, and art exhibits related to interdisciplinary ecology, including an off-campus talk on March 4 by Innu Elder Elizabeth Penashue about why the Land is sacred to the Innu.

In a December interview with VOWR radio, McGrath distinguished For a New Earth from other projects and said he believes “the age of environmentalism is over.

“What we face now — and I think Pope Francis has given us great impetus to speak this way — is something different,” he said. “This is a unique situation in the history of the human race where we’re all called, actually, to think together, to work together, and to envision a possible future for ourselves and for all the species with whom we share the planet.”

The Future, The Arts, and Ecology runs March 3-5 in St. John’s. Visit For a New Earth’s website for more information, including a full schedule of free, public events. 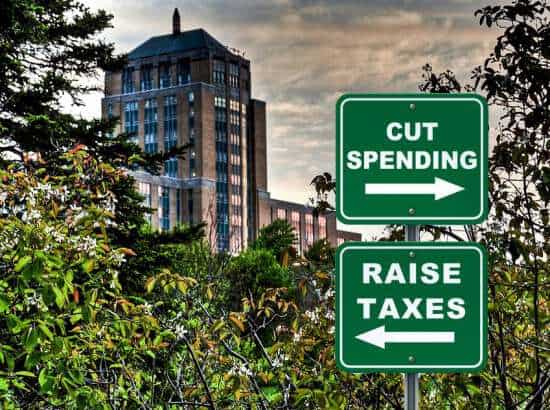 How to fix the deficit
The province needs to cut spending and raise taxes. But by how much?