Emily Deming
# notes from the rafters

The official schedule for the Ward 2 by-election—triggered by the resignation of Hope Jamieson—is up!

The election will be by mail, with details coming soon.

So far Ophelia Ravencroft has announced her intention to run and Matthew Howse (former owner of Broken Books) has been canvassing people for a few days now to determine if he will run. I am 100% here for a maximum high-brow municipal brawl of intellectuals. God I love this town. Also someone who is very good at curling has just announced, so welcome to you too, Greg Smith!

Anyone else out there who has read more books than all of us combined? It is your time to shine! Nominate yo’self!

And though Cllr Jamieson is now just Jamieson, she didn’t leave without saying her piece. After her last meeting she publicly accused Deputy Mayor O’Leary of an “endless willingness to throw other women under the bus.” And, yes, dear reader, you can feel calm and whole knowing that at least one person commented with a hissing cat meme.

Now for the Other O’Leary

60 O’Leary Avenue is approved as a “card-access” gym for up to 30 people at a time. There were only 2 submissions from the public. One was in favour. The other was also generally in favour of new businesses coming in, but then went on to lay out the most useful, dispassionate, and coherent outline of current traffic issues in the area, the history of how and why the traffic is laid out like it is since the 1970s, and concludes with suggestions that are rational and not overly prescriptive. Slow clap, to you anonymous human who writes to your council respectfully and helpfully. I thought you were but a wraith, never to appear in any agenda before me.

Council also approved allocating 30 of the property’s 131 spaces for the gym. Both Cllrs Froude and Burton pushed back on this gently and asked for a good reason as to why staff chose 30 spaces. Staff explained they went with 30 because the max occupancy was 30, and the spaces were not being used so, why not? Burton and Froude, while not making a high stink or anything, said it was a generous amount of parking and it may need to be re-jigged if more of the building fills with other tenants who may also need parking.

With an eye for upgrading processes and regulations along the way, instead of doing things over and over again piecemeal, Cllr Froude asked staff if this decision aligns with the new development regulations (which are somewhere in provincial approval limbo but coming soon?). Staff was not sure offhand if gyms were specifically mentioned in the regs.

Many submissions came in against the doggy daycare in the residential dwelling. Neighbours said they can already hear the barking from Markwin Kennel on Pearltown Rd. and many also talked about the current hell that is their young kids’ napping schedule and can you imagine it with barking dogs next door?!

In the end, council voted with the staff recommendation, rejecting the application. Burton, Hanlon and ward councillor Collins opposed rejection in support of the business—to no avail. But it looks overwhelmingly like “we want to enjoy our property peacefully” is a much more persuasive argument than the more distasteful “this thing that is not like us will make our property value go down.” Good lesson for anyone writing in! Peaceful enjoyment > capital gains.

Two larger developments will commission Land Use and Assessment Reports (LUARS), after which they will be thrown to the winds of public meetings before further council approval or disapproval.

The first is at 5 and 7 Little Street. Nevida Properties Inc. needs a re-zone  from residential medium density to apartment low density to build a personal care home.

The second is at 6 Lambe’s Ln (“Lambs” Lane in Google maps), a piece of private property stuck right in behind the Aquarena. The developer, Werkliv (yup) is asking for the Institutional zone to change to Apartment High Density so they can build three six-story apartments (200-units total) to house MUN students. They will be asking for parking relief for all parking which is highly unusual and sort of a badass flex to a council that talks about climate change and shifting transportation norms. Plus Werkliv (seriously) points out that “Gen Z” car culture does not demand any parking spots. I should have known they were down with the kids when I saw how they spelled their nifty name. But, yeah: it is on campus, on bus routes, and seems like the council will go for it.

Cllr Hickman would have “preferred” the University was consulted and, while he is voting for the LUAR to proceed he “[has] a lot to be convinced about yet.”

(If anyone checks this out on Google maps, can you please tell me what “THE SAND PITS” are just across Prince Phillip Drive? They sound so fun!)

These developments will be the first to go to digital public meetings (instead of germ-y in person ones). Council seemed pleased with this “nice flexibility of our planning function.” Though Froude asked what was different now since they had decided against purely digital for the Parish Lane development public meetings? Basically, staff say risks outweigh rewards of in-person for now, but they highlighted a fear of possible legal issues; staffer O’Brien mentioned that down in PEI, planning decisions had been subject to appeal because the in-person meetings could have put people at risk.

The 2019 Audited Statements are in Early

Breen is pleased the auditor has gotten them done in such a timely manner, more timely than any manner he hath seen in all his years.

The audited statements are not the city budget. They contain results from the city but also from St John’s Sports and Entertainment and the St John’s Transportation Commission.

TL;DR: more money came in than went out ($30.5 million more), but it looks like this is more because of “accounting” and not like a huge wad of 30 million gold ducats for us to swim in. It is good news but not exciting news, and it likely won’t compare to how bad the bad news will be for 2020.

If you are into “accounting,” then my god please enjoy this publicly available audit report.

Any Newfoundlanders Here (in your cars) Tonight?!

Cllr Hanlon will eventually be taking over the Special Events Regulatory Committee from departed Cllr Jamieson, but Cllr Korab was handling it this week—or, as he awkwardly explained, “I will be the sandwich between two great ladies.” Which was saved from being gross by making absolutely no sense.

In his role as central sandwich, Korab introduced the city to the idea of a drive-in concert. Shanneygannock will play, along with others, for a three-night sort-of festival where you stay in your car in the old Target (Zellers) Parking lot and avail yourself of contactless delivery snacks but no alcohol.

Roll down those sunroofs and pump those fists Aug 21-23.

Spencer St area is experiencing some chronic issues and residents are talking to Deputy Mayor O’Leary and Cllr Burton about them. It is hard times on Spencer Street.

Cllr Hanlon had a “wonderful time” on her vacation but will now be taking over Ward 2 duties until the by-election. Do not begrudge Hanlon her relaxation. You know you are exhausting.

Everyone says DO NOT PUT YOUR DOG POO BAGS INTO THE STORM SEWERS. Gross b’ys. That runs into the city rivers.

Cllr Korab once again left the meeting with no notice before it was over and was nowhere to be found when his turn came.

Cllr Collins says some people in the Southlands smelled something weird in their water but staff couldn’t smell anything. He urged people to call him immediately if your water smells weird again. He is here to help with your weird smelly water. 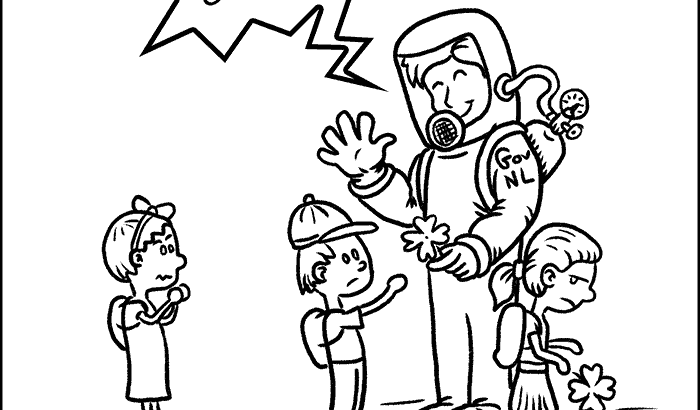