Getting as much grinding done as possible before patching turns out to be the most financially efficient—unless referring to household strut-fixing budgets.

You guys! I’m not sad anymore. I have been weight training and I got a workout buddy! He lives across the alley from my kitchen window. Just because he doesn’t know it, doesn’t mean we aren’t Getting Swole Alone Together (GSAT)! #itsnotcreepyifheneverfindsout.

I did put down my grandmother’s 8lb cast iron free weights for 1.5 hours this afternoon for the bi-monthly council meeting. And I am so glad I did. Because it is currently my only job. But also because Cllr Froude put forward a Notice of Motion (be on notice, m’lords it will be so moved by the gentleman in two weeks’ time) to allow foot/bicycle/wheelchair etc travel through city parks. This is good news. This is a nice little bright patch of news.

Playground equipment and dog parks would still remain closed, but dog parks are awful anyway (ask me how I feel about dog parks sometime) and I have been LOVING the excuse not to take my kid to a playground…. forced marches are my jam. Playgrounds are petri dishes of my kid yelling “look at me! mom! mo-o-o-o-m! look!” and not letting me drink my beer in peace, and then her disappearing when I call her name so I have to frantically stumble all over the park looking like a parent-who-did-not-pay-attention, all the while worried a dog who never learned manners because his owner only took him to dog-parks is lapping up my beer stashed under the bush across the path from the swing set. You know that bush. I see you.

This potential future motion is important not only for me personally but because City parks are relatively safe places for women and other vulnerable individuals to enjoy freedom and exercise. They are not remote, there are usually people within shouting/sighting distance, and it is easy to describe to a friend or “helper” where exactly you are. Being pushed to the more remote and unattended areas outside of town to move around is not an equivalently safe option. I am an avid solo traveller/hiker but the risks do suck. While we are all giving up freedoms for the duration here, it doesn’t affect everyone equally.

Right now is the time to figure out how to keep us ALL safe. Opening up space we can all navigate is a good start—especially if it forces “dog park people” to take their dog for an actual walk instead of pretending they don’t see their miniature pinscher aggressively humping that beleaguered Great Dane’s leg so they can go home without ever giving their animal the proper exercise (as if they were cat-owners).

A neighbour who turned in their submission opposing a home business occupation at 46 Bell’s Turn wins this round! Their submission was a semi-illegible handwritten scrawl on the city’s notice which they then returned to the city. It was more a testament to why we, as a civilization, no longer use cursive for a missive on civic engagement.

Words were underlined, and I did make out that they wanted the city to “consider ramifications to us 50+” but whether that number referred to individuals middle-aged and above or to a crowd of 50 neighbours (of whom 48 did not complain) was unclear. There was also a “nightmare!” thrown in regarding parking and traffic for good measure. This in response to a home-based spa that will offer pedicures and facials to one client at a time and have only one employee, who already lives there. I don’t want to play too wild and loose with my interpretation of the handwriting but I am almost 100% sure that they also referred to Bell’s Turn as the “most dangerous area.” …. out of what? The other streets I drive by between The Y and that spot where we all pull over to steal lupins near the highway?

The Most Dangerous Quarry

During the discussion of a quarry at 970 Portugal Cove Road, and whether or not it could affect the Windsor Lake Watershed—it is mapped outside the watershed and so deemed fine—Deputy Mayor O’leary said that quarries had been discussed at the last meeting of the North East Avalon Joint Council Committee. The committee members would appreciate being kept in the loop on any applications for quarries to make sure there are no negative impacts for them.

This interjection was eerily prescient as, at this very meeting, yet another quarry-themed discussion arose: an application for a quarry on a residential parcel in a rural zone along the Trans Canada Highway. Here is a dramatized reenactment of what followed:

O’LEARY: See?! Can we hold off until dialogue, so much more dialogue?

CITY STAFF: We sent out a general notice. It is the way of our fathers and our fathers’ fathers. And our neighbours’ fathers have always sent missives in return when troubled by our notice.

O’LEARY: “I don’t think an ideal mode of communication is passively waiting to see if they noticed it.” [actual quote]

ALL COUNCIL AND STAFF IN CHORUS: We will proceed this time, but yea in future we will send doves direct to our neighbours’ fathers’ offspring. We shall refer to these as “a note” and they shall be “direct” in addition to “the notice.”

To all you municipal nerds and council gazers, the city has released their Strategic Plan 2020 Quarter 1 Progress Report and it is a super easy visual document to leaf through. Have a look and let’s meet back here soon to discuss it as it will require waaay more words than I am allotted today. Maybe I can put out a supplement some time between council updates. Less bathroom humour and more research and analyses. (Kidding!)

Speaking of people who will take the time to look through this report: Mayor Breen says that 90% of respondents to the city’s recent request for public feedback on whether (and how) to seek feedback from the public during COVID-19 said—shockingly—that the city should keep engaging the public.

Ask a question that filters for only nerds, and get a nerdy answer. Yes of course people who go seek engagement with city surveys respond to city surveys saying they want more city surveys. I’d make fun of council for spending staff time (and therefore our money) on this but I once ordered 4 silk kimonos and a hard boiled egg slicer in one night so I try not to judge others’ small lapses in economy.

Thinking Outside the Crisis: A Tutorial Level in Apocalypse(s)
If the pandemic has done anything, it has forced us to think about how societies face a crisis of collapse. We need to escape the… 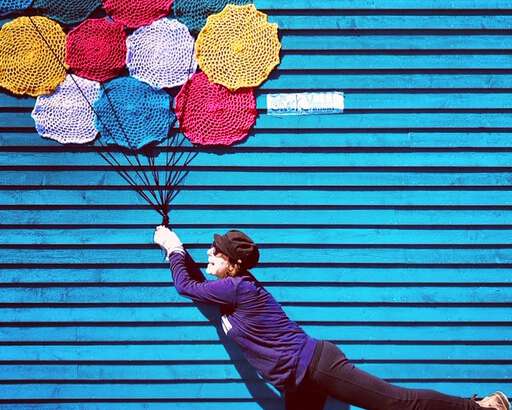