Council is back in socially-distant session at the Bunker, and it’s as glorious as you expected.

Now… for the rest of the story

154 Merrymeeting Rd. The laundry mat has permission to become a 2-bedroom dwelling. It also has permission to forgo having it’s own parking space and may share the one available with the four units already at that address.

25 Juliann Place has permission to give up to two therapeutic massages per day on site. One person did call in to oppose but no one paid him any mind because there is always one.

(East of) 18 Tigress St. will be subdivided into 8 small lots for detached single family houses. This is on the corner of Ladysmith and is carving out a bit of space from the commercial zone. Cllr Froud touted the benefits of housing diversity with, for example, a greater potential for seniors as they age, to live nearby children and grandchildren. Cllr Jamieson and Deputy Mayor O’Leary agreed vociferously that, generally, mixed neighbourhoods are stronger. O’Leary had one concern that using up all the commercial space could create less mixed-use but it was countered that higher residential density is an attractant for businesses.

Neighbours expressed concern that small houses near their big houses would be tacky and suck money from their pockets. Froude explained that it is not even a re-zoning, and this development was already allowed as a discretionary use. Another concern was not a concern so much as an unsolicited suggestion that the city buy the land (with all the extra money lying around this year) and build a park. Cllrs Froude and Korab both pointed out there is already a large new park a 10 min walk away.

Here is a quote from someone who submitted multiple times: “I can see one of these houses in the distance it is like a 1/3 the size of one of these houses on my street, it could be a shed in someone’s backyard. Again, how can a city look at this as he tries to make profit by dropping these houses next to the nice houses on my street so he can make massively more money. As per my last email at least a minimum of 50,000 should be paid to each home that is 150 meters of this or he should not be able to build”

57 Old Pennywell Rd.Cllr Korab asks what “ancillary” means and Mayor Dan defines it for him. No shame in admitting you don’t know something. Unless maybe it is in something you are voting on in your ward and you maybe should have read it before the meeting. But nobody voted for Korab because he exudes always-does-his-homework vibes. Irregardless (shout out to Merriam Webster for their terrible take on making that a word this week), Korab, and everyone else, voted to approve the discretionary use application for a fitness facility with ancillary Massage Therapy services.

23 Chafe’s Lane may proceed with a 22.8 m setback for a new residential property. Cllr Collins says, “I don’t have any problem with that. Lots of room there.”

50 International Place. Against staff recommendation, council will not allow a new parking zone for a vehicle storage yard as it is too close to the Virginia River Trail.

Council approved a request from the town of Portugal Cove-St. Phillips to allow subdivision of land at 95 Dogberry Hill Rd ext into two plots without road access. They need permission because it is within the watershed. Since there are no development requests at this time, Council approves.

A Bit of Relief for a Bit Longer

The interest-free period for residential and commercial taxes, and the freeze on the tipping fee increase at Robin Hood Bay are all extended from August until the end of 2020.

Though councillors disagree on the specifics of which projects should be deferred, overall they agree that the city has to get money out of itself somehow and that will not be easy. Mayor Dan says, according to an article he read, there are three ways a city can deal with a year like this: rely on reserves (which are restricted to certain purposes), cut expenditures and defer capital projects, and lastly, and not happening so far, get money from the provincial and federal governments.

The city will be deferring some of its capital projects. The most controversial were traffic calming measures and the bike master plan. The traffic calming budget still has some money from the previous years and deferring the bike master plan won’t be voted on until council has a chance to meet and look into the parks plan and budget. Several councillors (Froude, Jamison, Burton) thought it short-sighted to defer buying bike and pedestrian “counters” since the city had already purchased car counters, and not being able to get data on all types of transportation could hamstring long-term savings.

Cllr Jamieson and Cllr Burton voted against, everyone else voted for.

It will happen. The City will be re-vamping traffic calming with an “overarching review of road safety,” according to Cllr Burton.

Speaking of traffic calming, a temporary enhancement is a “go” for the crosswalk into Bannerman Park at Carew Street. Summer hath come.

Council approved the George Street Association’s “2020 summer plan,” which is basically just a long drawn out G-St festival every weekend for months. With all the shaming this week after photos circulated of squat together crowds at some venues this past weekend, I was mildly surprised no councillors mentioned anything about making sure G-street behaved. They did point out explicitly that the maximum occupancy limits are set by the province and not the city, so maybe they thought if they touched it at all, some culpability would rub off on them. Still, it seems like they could have flexed a little here. If only for fun.

Getting Patios On The Go

The City is all set up now to lease city property (sidewalks, parking spaces) to restaurants and pubs downtown to expand patio space. If they are serving alcohol they will need a permit from the Newfoundland and Labrador Liquor Corporation but SJ city staff will walk them through that process. NLC has shown some flexibility and now allows permits for stand alone patios, not physically attached to the main premises.

Cllr Hickman asked if similar help is possible for businesses outside the downtown and, sadly not. Most of them would be expanding onto private property, not city property. To quote Cllr Jamieson, those notice times are “enshrined in the regulations” and cannot be fast-tracked. However, the council has agreed to vote on these via e-poll so, once the public notice hoops are jumped, applicants will not have to wait for the next meeting.

Commercial is up 34% (Wah?! Is that all the patios?) and Cllr Burton says, “make hay while the sun shines!”

While council has now approved a leased stall on Bannerman Rd for a mobile food vendor, ($1500 +hst/year) it will be awarded based on a random draw of all applications submitted. This is the worst idea ever. If staff doesn’t cheat and “randomly” draw something that is actually delicious and not just stupid bearclaws named after some other animal for no good reason, they will be dishonouring honesty. Can we get a decent sandwich at least? Cllr Korab was on my page and asked if it would at least be re-drawn each year (in case the winner stinks), but staff said nope. Whoever wins the draw will have the right of first refusal into infinity.

More News for Some Food

The Social Distance Dockside Eatery will open at 11 Barrows Rd (the old flakehouse property) for the summer from 11am to 9 pm daily. They will have bathrooms on site and will also have a park n ride to keep us from driving out and pissing off the locals who in turn piss off their councillor. Who, coincidentally, just announced her resignation.

Mayor Dan looked pretty pumped about this and said as much. If it is an upped-game of the Mallard Beer garden we should all be so psyched. 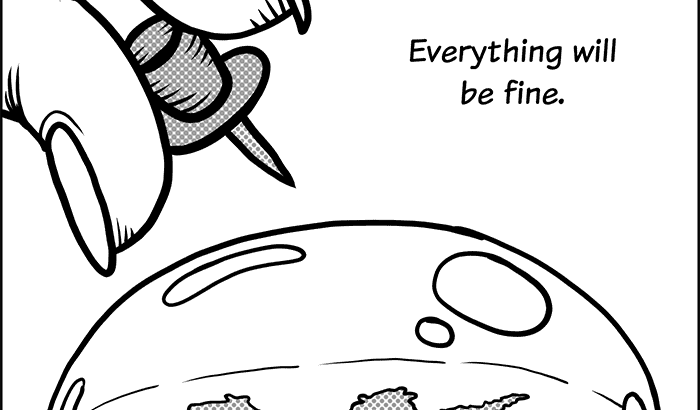 LETTER: Our Bubble Will Burst if it Expands Too Quickly
Everything in my being both professionally and personally says this is premature. Opening up to the rest of Canada means we'll soon end up back…