Notes From the Rafters: ReduxPlagueTimes (RPT)

Let’s mentally splatter-paint our way through some kind of understanding of what is happening in our city’s bi-weekly teleconferences and see how we do!

Hi. I have missed you guys so much. How you doing? Me too. I am holed up with my family like a god-damned hero. It isn’t easy; my partner chews every time he eats, and I have nowhere to go out of it. So let’s start this column off with a big… YOU’RE WELCOME. I am eating chips off my belly with the bedroom door locked like an unsociable otter and hissing “shoo” at my child all to save your life, you essential workers, and if you ever get a moment off from being allowed to leave your house and interact with other grown-ups, maybe take a minute to step outside and sing something uplifting in Italian to give us stuck at home catching up on The Waltons a little love and support. It’d be nice to be recognized for what we do.

But now, now I have been called from the comfort of my high level management track lounging career back into the trenches of media. I have been recruited in these turbulent times to return to the job I was born to do. Listen in on municipal meetings. Then write about them.

I am once again covering city hall! Thank you Indy!

The column will be pretty much the same, although council meetings are no longer weekly, and they aren’t at city hall, and I’m very depressed so “coherent” coverage is more aspirational than anything. But, there will be words. And my deep abiding and undiagnosed, but still very real, love of boring meetings has not abated. Politics are still ridiculous, and city politics are still mostly harmless. So let’s mentally splatter-paint our way through some kind of understanding of what is happening in our city’s bi-weekly teleconferences and see how we do.

This is a big one, in the new call-in meeting format (audio only, video is of the agenda items) when anyone “leaves” the meeting or “joins” the meeting, no matter who is talking or what documents are being shown, an automated voice interrupts/overrides/mutes everything else and says “so-and-so has left/joined the meeting.” So, not only does it tattle on you when you punch out or show up late, but it is beyond rude about it.

No doubt you just snuck off for a pee or a hand wash or to lie down in your kids blanket fort and have a little cry during the tender announcements. But…. no, the asshole meeting software makes you out to be the most self important twat around the non-existent table (or, in most cases, very real tables covered in weeks’ worth of unfolded laundry and dirty dishes.) And it was hilarious every time. Especially when it was clear that Jason “Staffer” Sinyard was the only one who had cottoned on to this. When the mayor called out for him, there was simply a looooooong pause. Mayor Breen called out a few more times… until Sinyard came back to his device from wherever he had been in his home and suavely answered with zero acknowledgment that he had ever left. Baller move, don’t tap out of the meeting and let everyone know, just back away and grab a quick bite of mayo straight out of the jar. This is no video conference. Your body; your rules.

Not gonna do it. The “round-about” pilot will not be made permanent. Traffic lights will be restored. The intersection will still likely see some changes. Everyone seems to agree that keeping the centre section of Military Rd closed will reduce high speed t-bone accidents in any configuration. Since that was the main data-supported upside of the pilot project, it seems like everyone can get their safety on with just that adjustment. Mayor Breen made it clear that he sees traffic lights forcing traffic to come to complete stops as the only way to ensure pedestrian safety.

Cllr. Korab (quite endearingly speaking as children verbally overran his home office set-up every time he tried to pipe up) did a little on-the-fly data crunching and pointed out that with 4 pedestrian injuries reported in the previous 8 years, and 1 in the year of the pilot project, that makes for a 100% increase per annum. He also reminded everyone that fender benders were not reported, so there is no good data on that. Another point he made was that all pilot data was collected since Bishop Feild has been shut down and therefore did not take into account future flow of children twice a day.

Cllr. Jamieson had a more holistic take on her decision making process. She said the data was solid that it worked better in the current configuration, but the price tag of 1 million dollars to make it permanent made her think twice. She said they could buy 4 sidewalk plows for 1 million dollars. Though she believes, based on the data collected, the roundabout is safer than it was before, she thinks the money could have a greater impact on pedestrian safety if spent elsewhere.

Cllr Hanlon spent a while explaining how very much she cares generally, and how unfair it is that someone sent her a mean message saying she doesn’t care when she does. She does care. She cared too much to know which way to vote and was “on the fence.”

Burton, Froude, Hickman and Lane voted to follow the data and move forward with the new configuration, though Hickman specified that, if it did go ahead, there was room to make improvements/changes. He even said stop lights for pedestrians could be added.

Wait, what? Because the ones who voted against it said that the middle part of Military could remain closed as long as the stop lights were re-added. So? Is it the Fug-of-home or did they all come to the exact same conclusion, albeit following different lines of reasoning and voting on opposite sides?

Everyone seems to agree that keeping the centre block of military closed will continue to prevent high speed T-bone auto collisions, and everyone conceded that in any configuration they would make changes, such as possible traffic lights, to make pedestrian crossing safer.

Looks like this was a year long ”fight” that turned out to be just awkwardly worded consensus. haha?

The city voted to lift the moratorium on new development applications for what had previously been known as “massage parlours” (wink wink) or “Body Rub Parlours”(no nudge needed) in other provinces. They will now be listed as “permitted use” (say no more) in 5 different commercial “zones” (or “areas”) around the city.

The other sticky part of this amendment was what the city would call them. Pants-on Masseuses weren’t too keen on “Massage Parlours” as confusion (but not hilarity) could ensue, and “Body Rub” sounds both a little skeezy, oddly specific and yet also confusing, and simultaneously like some hideous powder that smells like violets tweens buy at the mall to discover their signature scent.

In its infinitely adorable optimism, the city put out a survey to the public to crowdsource a dignified and practical name for this work. The public’s input was about as helpful as…these pants (which do ship to Canada, but, are also sold out?). Only 6 respondents identified as working in the industry and even among them there was no clear agreement on a business term. The rest of the suggestions were summarized in a city report as either “pejorative or insulting or vague.” Our Council took it in stride and went safe and clear with “Adult Massage Parlours.”

Council was infinitely careful to emphasize that this vote was solely regarding what to call them and where they go. Deputy O’Leary reiterated that any labour standard issues and the health and safety of workers must be regulated at the provincial level, and that any issues involving underaged workers should go to the police.

Councillor Jamieson added that she has been meeting with people at the provincial level to work on bringing legislation to address some of these larger issues. In the meantime, Cllr Jamieson said allowing permits to be issued should result in more choices within the industry in the city which would “enhance worker safety.” 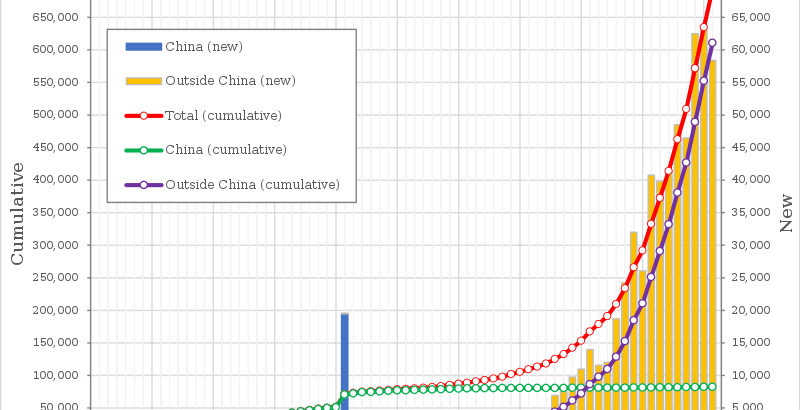 Crunching the Numbers on COVID-19
Mathematical models are not crystal balls, but they can be useful tools for thinking about epidemics and for devising strategies to fight them. 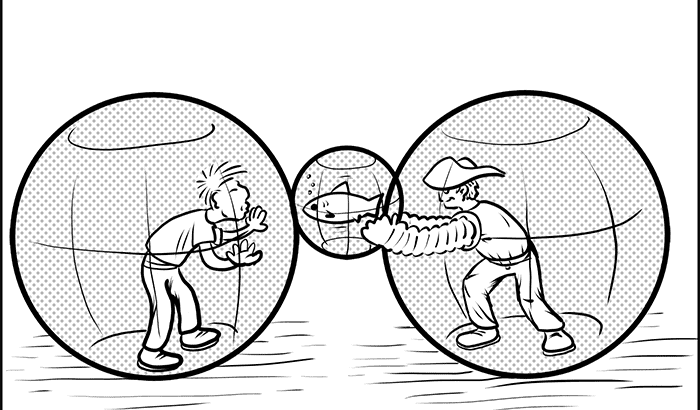