How a class trip to British Columbia spawned a greater understanding of the uniqueness of Inuit culture.

Being seen through a lens with very little light, people are often unrecognizable.

When people think of goose hunting, do they imagine the Inuit taking flight from towns in a flurry, for days at a time, lying in the moss, calling to winged creatures overhead during Springtime? Perhaps, if you live in the Arctic or know someone there. You know traditions and language are very much alive, and much of the day-to-day rhythm is dictated by the seasons and respect for the past. The culture of Inuit has shifted but remains intact.

Unfamiliarity with Inuit life may lead to impressions that are skewed and based only on what is seen in documentaries and on the news about ‘aboriginal’ people; the poverty, the high incarceration rates, the igloo building, and a few good news stories. Nunavut’s remoteness can be a friend and a foe for the people of the Arctic. The extent to which Inuit and Northern residents have to go in order to keep up with the fast paced southern Canadian world is hugely underestimated.

When people hear the term “Aboriginal” in Canada, there seems to be a tendency to blend very distinct native groups into one category. Outside of the North, one does not have to travel far to know the positive reception Inuit receive. Yet, the understanding of the place they come from and who they are is often limited at best. People are often surprised by the traditions Inuit bring with them, and usually impressed with their modesty.

An educator from Calgary visited my classroom one day. The gentleman told the students, to their surprise, about the widespread ignorance in most schools regarding Aboriginal history in our country. He also spoke to the fact that many students of inner-city schools are still faced with the dilemma of how to reclaim their identity. Many of his students had come from First Nations reserves. A lot of them battled with the desire to know their cultural heritage but were feeling the intergenerational effects of the past – a time when people were forced to give up control over their lives.

My Inuit students related to his story but with exception to completely losing their language and culture. This realization made them an anomaly amongst their southern Aboriginal friends.

Surprisingly, my students took what they learned about acculturation and left his talk feeling empowered about having preserved their own language and traditions. Suddenly, the remoteness of where they lived took on a whole new power of it’s own. They might be far away but the erosion of their culture was not dissolving in the way that had been described of other Aboriginal groups. The uniqueness of living in a traditional Aboriginal community becomes much more pronounced when leaving the North and meeting those who are fighting to keep their traditions and cultures alive.

Each year, the Business Development Bank of Canada (BDC) organizes and finances the National Aboriginal Business Plan Competition, known as ‘E-spirit.’ The program encourages Aboriginal high school-aged students to complete online modules and become exposed to the world of entrepreneurship. Through a mixture of traditional knowledge and business planning, youth from all across Canada travel and converge to network, share elements of their cultures, and hopefully be inspired to plan and develop a business in the area they are from.

Having attended this competition for several years with various teams from Arviat, Nunavut, the opportunity has allowed Inuit students to meet other First Nation and Metis groups. However, each year there has been very little representation from the North, particularly other Inuit from the territories and Labrador. Budgetary restraints may be the reason, or it could be a lack of awareness of the program throughout the country. Either way, each year has produced a pretty impressive selection of business savvy youth and a wide representation of mostly First Nation groups such as Mi’kmaq, Innu, Ojibway, Shuswap, and many more. While the culture sharing that happens is invaluable, there have been times that our Inuit students have felt alone on the national stage.

Although Nunavut has been mentioned in many presenters’ speeches, there have been times during these competitions when it has been assumed that the belief system and lifestyle of First Nations, Metis, and Inuit are synonymous. No doubt, there are the obvious similarities and stereotypes, but not an accurate understanding of how isolated most Inuit really are from the rest of Canada. Where they are located and how they’ve managed to preserve their culture often puts them in a league of their own.

For a territory that has received one of the biggest settled lands claims to date, there is an awful lot that is unknown about Nunavut and the people who inhabit it. The geographical isolation of any group of people can breed exclusion, but can also lead to the greater problem of misrepresentation. In southern settings, I have heard the Inuit being praised for retaining their “spirituality,” when in fact much of the social scene in the 25 communities of Nunavut revolves around going to church several times a week.

Most Inuit, in spite of their traditional way of life, have converted to Christianity and attend services with a fundamental fervor. The power and influence of the churches is hugely underestimated and continues to shape the way Inuit interact as a community. Knowing their histories, and relaying present day realities accurately, are common courtesies every Aboriginal group deserves. Slotting people into general categories – like ‘Aboriginal’ – undermines the individual efforts and successes of each and every group and community.

My students were fortunate to connect with a lovely lady from Cape Breton who had shared her story with them about how she came to know and appreciate her Mi’kmaq culture later in life. A discussion exploded around hidden pregnancies, forced adoption, and shame associated with being Native. In the younger years of her life, this woman had grown up speaking the traditional Mi’kmaq language that she had learned from her grandmother, but somewhere along the way had chosen to divorce herself from her culture due to the scorn of others. As often happens, as she grew from a self-conscious teenager into a strong woman, she saw the value in her own cultural roots and resurrected her mother tongue. It was so brilliant to see her in that moment, flipping between English and Mi’kmaq with ease, and pride.

A similar display of empowerment was later showcased by my own Inuit students, who presented in English but injected words from their own native language, Inuktitut, to everyone’s surprise. A noticeable hush fell over the lovely university lecture hall audience in Kamloops as the students danced between languages. Reflecting later, I realized the majority of Aboriginal people in the room may have never heard the Inuit language, no more than had we heard Mi’kmaq until that morning while eating breakfast together.

It may seem natural to lump everyone who is Native into one group, but this can indirectly create more feelings of isolation instead of fellowship. The challenge of bringing a traditional culture back to life, or fighting to keep it alive in a modern context, is certainly a task that unites most Aboriginal Peoples. To fully appreciate the cultural values, traditions, and lifestyle of the Inuit, Metis, and First Nations, the first step is to not assume they are all the same. The acknowledgement and celebration of everyone’s distinctiveness is what keeps us a cultural mosaic, after all.

Until you see an Inuk boy wearing his sealskin vest and tie in the desert setting of Kamloops, British Columbia, or hiking on dusty mountains looking at a deer for the first time, can you fully appreciate how profound the collision of worlds really can be. 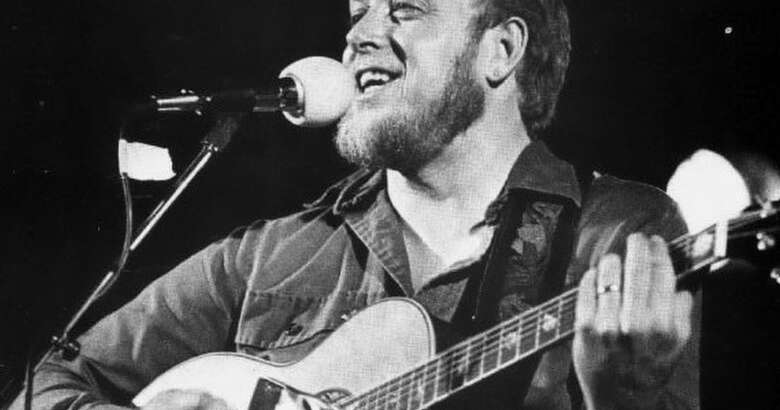 Fixing democracy
Turkey isn't the only country plagued by a deficit of democracy. Canada's federal Conservatives don't have much more ethical credibility than Turkey's embattled regime.