Our summer bliss was followed by a comedy of errors.

Having gone back home for seven full weeks to Newfoundland, we were hard pressed to walk away from our recently purchased home in Hopeall. Our first drive out there was a day I won’t forget. It was Canada Day and after weeks of patiently waiting to walk through this house we had never stepped foot into, the anticipation was almost too much to bear. Every community we drove through (Blaketown, Old Shop, South Dildo, New Harbour) leading up to our new community, and then every detail to follow, filled me with curiosity. The feeling could be likened to meeting a long lost family member for the first time. It had the potential to go either way. Once we took the turn around the last bend, driving up our lazy lane, I saw the sun splitting the rocks, boats tied up to the wharf bobbing in the water, and finally the little pocket where our house sat modestly tucked in behind the others, surrounded by trees, wildflowers, and blueberry bushes. My senses were overtaken. My hands flew to my eyes and when I looked around, everything was exactly as it should be and even beyond our expectations. The small brown neighborhood dog, Bailey, waited to escort us up the gravel driveway and all I could keep saying was, “Where the hell are we?” My disbelief quickly turned to satisfaction. Neighbors knew about our arrival and made haste to welcome us. We had hit the jackpot.

This January past, we discovered the house on the web after years of searching for the right home on the Internet from our other home in Arviat. Having worked away for almost a decade, and with a growing family, the desire to own our own home on the rock had grown significantly. Night after night, hunched over a laptop, I scrutinized petty details for each listing and decided whether they fit our criteria or not. We knew what we wanted but were willing to take the gamble of buying from away. We wanted a home around the bay: not too old but with lots of architectural character, trees (for a change), a view of the water (naturally) and no oil heating or basement. This house found us coming out of a dark, cold, and lengthy Christmas holiday in Arviat and the timing could not have been better. We got a walkthrough using video footage taken by my mom and the rest was a matter of blind faith (and trust in our loved ones).

This past summer in Newfoundland was unusually hot and free of rain. I could not remember the last time we picked blueberries in early August to add to our morning pancakes, nor could I recall a time when an evening walk was humid by the water’s edge, the warmth and last bit of sunlight clinging on and forcing us to lose a layer or two as we turned to walk back up the street each night. Hopeall was living up to its name. We had a flurry of friends and family with us for weeks on end and were glad to be situated in one spot for a change and not stretched to the seams trying to visit everyone in such a short time span.

Our two homes seemed intertwined in so many ways: parades at odd hours in small towns and people who are hell-bent on having a good time.

Each day was a discovery in our new neighborhood: rocky beaches, the forgotten falls by Crout’s Way, visiting Backside Park for the cute little forest playground where the swings screamed to the trees. Visiting Nicnacs Arts and Craft Shop in Green’s Harbour became a regular pastime for me, dropping in to see what new little gems had popped up. This was my new favorite find, where you could buy anything from wool socks to bread and butter pickles and fundraiser tickets for the new park in Green’s Harbor to seashells in boxed frames to one-cent candies. Formally called Mount Eagle Bay, we were intrigued as to why Hopeall had changed its name given the number of eagles that still remained in the community. Never had I seen so many RV parks in one geographical area but I was glad to have our home nestled in another insulated place.

One morning I woke up to music blaring from the bottom of our driveway, and found my family walking down the road waiting for an approaching parade. I arrived just in time to see residents of the community flying their homemade family banners to mark the beginning of Hopeall Days’ come-home-year festivities. We waited at the turnaround (in keeping with our small-town Arviat tradition) standing and waving to the passers-by. The parade was led by a fire truck and we couldn’t help but chuckle to ourselves about this scenario happening regularly on municipal holidays in Arviat. Our two homes seemed intertwined in so many ways: parades at odd hours in small towns and people who are hell-bent on having a good time.

On the last day of our summer holiday, our early morning departure from Newfoundland began with an agent at a West Jet counter apologetically informing us that the aircraft had been oversold. Already emotionally compromised, we were perplexed and bug-eyed, yet calm. This lasted from 5:30 a.m. until it was discovered – to another’s misfortune – that the family who had just arrived for check-in had forgotten their identification, so their four seats were up for grabs. Without consideration, we took the released seats. I must admit that, for the first time in a long time, I felt no guilt. Making our connection with the first air flight to the north needed to be as seamless as possible: it meant the difference between the torment of a husband being late for work or a relaxing evening in a hotel, swimming with the kids, in Winnipeg.

Everyone was relieved, yet we still walked reluctantly towards the security steps. Jaws clenched to hold back overflowing tears, we hugged our mothers wholeheartedly, while making sure to keep our composure in front of the kids (mostly to ensure their excitement about returning to their other home in Nunavut).

Those isolated incidents in airports, the ones that make us all choke up a little and feel the swell of emotions that can spiral from euphoric joy to guy wrenching sorrow…

Although leaving Newfoundland has become increasingly brutal as the years go on, we did find some small relief knowing we’d be returning for Christmas break for the first time in years (cognizant that it would be our youngest child’s last free ticket). It was not up for debate: we knew we would have to return to experience Hopeall with our family during the Christmas season. Later that day, it occurred to me that we were living the exact moment that had been described the night before, exactly seven hours earlier, while awaiting my dear friend’s return from Vancouver. Her sister and I had discussed vulnerability in airports and tried to envision how we were all going to look and feel seeing our very own loved one coming down the escalator with her seven-week-old daughter to meet the family for the first time. There aren’t many words to describe those moments. I had one hour to greet my longtime friend and then turn around and leave my own family. Bittersweet. Those isolated incidents in airports, the ones that make us all choke up a little and feel the swell of emotions that can spiral from euphoric joy to gut wrenching sorrow. A feeling Newfoundlanders and Nunavummiut know all too well. Many working away, but always anxious to return to the place from which they came.

Our arrival from summer holidays was like a sick joke. We landed in Arviat but this time to a home that had become water-damaged and mold-infested during our holiday. Although we had been forewarned, nothing could have prepared us for the disappointment we felt bringing our babies home from their wonderful new abode in outport Newfoundland to this inaccessible familiarity. Brazenly, I wanted to take a piece out of somebody but instead made a few phone calls, got a plan in place, and by supper time we were hiking down the dirt road only to be told by the only restaurant in town that they were full for the night. Off we went to the Northern store to buy a makeshift meal. Alas: our first meal in our new apartment consisted of frozen pizza – not our brightest hour. The children – seemingly unaffected – were distracted by a reunion with their dog Pi and their toys (which had turned new again from being gone for the summer).

We loaded up bags and bins and made a move for it: luckily only next door, with friends who were eager to help. In my self-pitying movements, I quickly reminded myself that like in Newfoundland, people here were waiting in the wings to welcome us home and lend a hand where need be. In Hopeall, our friendly neighbors had dropped many a meal of fresh cod, trimmings from the garden, baked goods, and miscellaneous items through the door to our delight. Here, despite arriving home to a house that was without water or sewage and wasn’t fit to lay your head in, a fresh arctic char was sitting in our refrigerator. This gesture was not taken lightly by two sleep-deprived, deflated young parents, miles away from home. Beds were moved over and we designed a make-do move-in to sustain us for the first couple days. Luckily, I was still on holidays and was able to send the kids to school and get on with the process of settling in. There we were again, pushing forward to reclaim order in our experience despite all the circumstantial odds. It was during this time that we realized how adaptable we had become in situations that were out of our control. In spite of all those things that divert your plans, it had become ingrained in us to expect the unexpected in these remote experiences.

…it had become ingrained in us to expect the unexpected in these remote experiences.

The disappointment that accompanied our arrival was so distinctly different from the summer we had experienced that we were ready to jump back on a plane and throw in the towel.

Never before had I returned to Arviat following a holiday, and wanted to leave again so badly.

Our second day back, we decided instead to gear up the kids and dog and hit the sandy trails on our ATV to ‘the point.’ And sure enough, once we were out on the land, our love for Nunavut resurfaced as we cruised along a long narrow point at low tide, the sun setting across the land, Arctic terns hovering around us, cranes standing like statues, and geese flying overhead. We were reminded not to take for granted the beauty surrounding us, and to focus on how our friends had remembered us, lest we lose ourselves and forget what has made our experiences so unique in both places. The precariousness of remote life is often made manageable because of the simple gestures that strangers, family, and friends make to help move things along.

This we don’t take for granted. 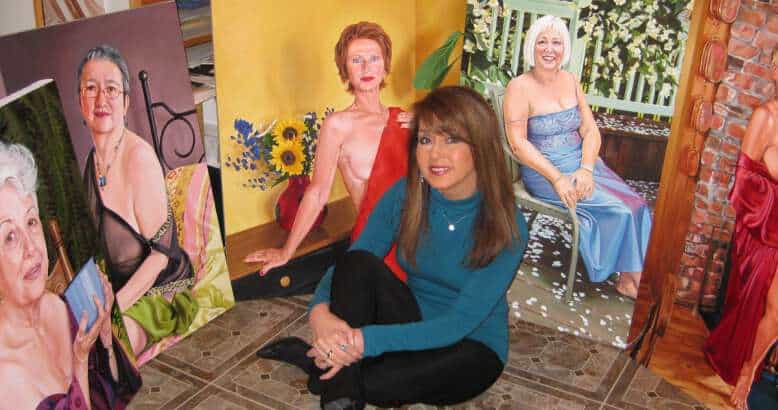