Reflections on the meaning, and possibilities, of change in the North

Hardy folks who have lived through the erosion of rural society often refer to the past as the “good ol’ days”. One could be forgiven for wondering how they were so good, considering the poverty, hardship, inequality and trials that most families endured. Nevertheless, despite the adversity, faith seemed rarely shaken even when death occurred without logical explanation through starvation, hypothermia or reasons unknown. People would carry on, accepting a life-altering event or a tragic circumstance as being a case of “God’s will”. Undeniable fears control a society as much as unshakable beliefs.

It’s hard to imagine how people of remote places conceptualize being forcibly relocated to new settlements, isolated from their cultural practices or alienated by incomprehensible languages. The Arctic Inuit, for example, were moved off the land to be so-called “saved” in schools by priests or taken from parents to be cared for in southern hospitals by unfamiliar nurses.

Teachers who brought the Inuit ‘fancy clothing’ to replace their caribou wardrobe introduced an identity that was unrecognizable in bellbottoms and miniskirts, representing a pretty dramatic cultural shift for a nomadic people. Obviously, this is an understatement. The face of the North has changed so quickly that some indigenous people are beginning to look foreign in their own land.

Consequently, the promises of receiving an improved lot in life not only destroyed many people’s faith in the administration that perpetrated the myths but also resulted in a warped perception of self. Today, there is a steady clash in the reconciling of where people come from and how they are now expected to be, in a place that was imposed on them.

Assimilated life brought with it social stratification that naturally divided people.  It was not uncommon, in the past, for an Inuk woman to be hired by an upper class Inuit family to clean their new government-issued house. Payment would be received in the form of modern-day clothes. These hand-me-downs would be the only way some mothers could afford to clothe their own children. Like in any big family of the past, a sibling or neighbor’s old clothes were as new as it got. With the introduction of family allowances some people were finally able to save money, and an opportunity to buy something new was occasionally granted. Hence, the seed was sown for material possession and self-aggrandizement and this led to the socio-economic quandary that is the remote north, today.

It is unfortunate that the original “attack on poverty” as proposed in 1945 has ended up enslaving whole populations of low-income families who now rely heavily on child tax benefits for social security. Child poverty is hard to ignore, especially when the programs designed to secure families have made them more insecure than ever.

From tent to towns

Urbanization is so double-edged. Rural communities need employment opportunities to revitalize their economies, but in order to provide them the remote life cherished by many can no longer be what it once was. Land and sea is inevitably spoiled as mining takes hold and construction makes way to build homes to accommodate a burgeoning population. To the average folk, a short commute to work and a life in the country is a fortune made. For some, tourism is an acceptable compromise for traditional culture meeting development. Yet, preservation of the environment or the culture is never guaranteed. This fear of the unknown can stop people from ever getting started.

Alternatively, there is the ghost town outcome. No one wants to be left in a place so depressed that the only things left are boarded-up stores and the folklore of what once was. Anyone who has a fascination for heritage homes can relate to the desire of leaving things as they once were. One person’s old dive is another’s architectural genius. There is always opportunity if one wants to find it. If only more people could adapt the old ways to predict change and create a booming economy without feeling so disenchanted.

A portion of the population is holding fast to their traditional values and idyllic remote lifestyle, and get quite defensive when change is recommended. People are rigid about new proposals, especially when they threaten a way of life that is contingent on isolation.

The alcohol plebiscite that took place in Arviat is such the case. This rural town is a minority in the territory for maintaining the by-law prohibiting alcohol. However, the determination to keep up the façade of being a ‘dry’ town is no longer really even that convincing. The thriving bootlegging industry has become transparent and is threatening to cripple a community that in actual fact has huge potential to grow beyond its social ills. It’s true, there are some folks who pay $500 for a 60 oz. bottle, but this does not represent the majority. No one wants to invite more socioeconomic problems but people also can’t ignore the fact that if people are treated like youngsters, maturity cannot prosper.

Dire circumstances and money often influence and provoke change in places, but whatever happened to revolutionaries? Presently many youth seem jaded and are reluctant to articulate what they want from fear of forsaking traditional beliefs. Maybe, therein lies the problem. People have become so loyal to the past that they have lost sight of how to move into the future. A balance between past and future is required. Some people are afraid to leave rural life to seek change and equally fearful to bring about change if they stay.

The customary life which produces confidence must not be a reason for people to resist the unfamiliar. Many in Nunavut, it seems, feel caught between cultures, resulting in some disillusionment among people who neither connect with where they come from nor see where they will end up. The ambiguity of remote life and its future can be disheartening when the people taking the action are residents forced by circumstance, not necessarily given the choice.

Newcomers to the Arctic are sometimes forewarned of the 3 M theory; that people who move voluntarily to remote destinations are one of three mindsets: the moneymakers, the misfits in hiding, or the missionaries who want to make a difference. Although change is often inspired by these people, it also leaves with them.

Lead or be led

Youth in rural areas need a good shot of elder knowledge coupled with a collective dream envisioned and acted out by those who truly know and love the area and culture they want to develop. Authentic ownership must come from within a group of people if progress is to happen and not the capitalistic or sovereign varieties from the outside. Only then can people move confidently forward, out of the so-called “good ol’ days”, and demonstrate their innate hardiness while caught in the rustic flux. 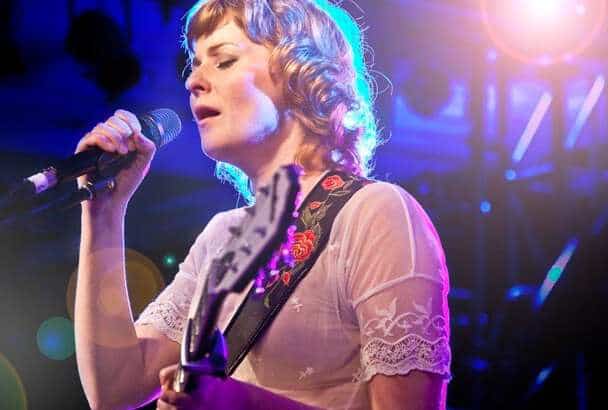 Jenn Grant celebrates life in the beautiful wild
After taking home the ECMA award for 'Pop Recording of the Year' earlier this month, the Nova Scotia songstress shares some insight into her acclaimed…

“Right-sizing” the public sector
It's time to take a look at our swelling public sector as the provincial government gets ready to deliver its budget on Tuesday.