Some thrive in mayhem. I’m one of those. Saturday night, I went to sleep with 10 dogs, a turtle, and 4 human hearts beating near me. Companionship is the underpinning to contentment when you live up and out of the way.

Leaving the nest ten years ago, it seemed only natural that I would bring my cold-blooded reptiles to the Arctic with me. The turtles were originally adopted in Wesleyville, Newfoundland, by my uncle (a diver at the time). They were very suitably kept in a hatchery until circumstances placed them in my care. Somewhat ignorant of what my two red eared sliders needed, I left home with only a few basking lights, some synthesized food, and a Styrofoam fish crate for them to travel in. In the crate – lined with damp newspaper, a few holes poked in the top – secure under the seat in front of me, my two turtles accompanied me on four airplanes en-route to the frigid north.

Arriving in the summer, I raced my turtles outside on overturned kamautiks (wooden sleds) and slept with the cool night air swirling around us, completely unaware of how temperature sensitive they were. It was not until my second Christmas, having moved across town in the dead of winter, that I discovered both of my pet turtles had become unwell. My only option for help was to jump online, where I found an eager turtle doctor in Arizona who decided to treat them. They had contracted pneumonia, likely from some cold draft that they had come into contact with (my bad) and were immediately sent some syringes and medicine to be administered daily.

There I was, a novice in the Arctic with no vets, no pet stores, no climate fit for a reptile and trying to nurse two turtles back to health during blizzard season. Assured by friendly neighbours that our turtle treatment would continue, we left reluctantly on our planned trip home for our daughter’s first Christmas. By this time, the smaller of the two was fading quickly. When we arrived back, we found one turtle gone; the other, Radix, was thriving.

Little did we know that this would be the beginning of a very dubious future in raising pets in a far away place. Surprisingly there are many possible experiences of having a pet in the North. Local residents regularly travel to Winnipeg to buy their pure bred dogs and spend a fortune, just like anywhere else. Fascinated, I would visit friends and find budgie birds flying overhead, see hamsters at birthday parties, or notice cats perched in windowsills, until I realized it was no different than my bringing reptiles to this new home. Here, people improvise to raise pets. They get stuck with pets out of fear of seeing them freeze. Some migrate here with pets in tow, replete with organic kitty litter and pet winter clothes. Juxtaposed with this suburban pet-owner etiquette are the daily occurrences of dogs left outside feeding on caribou bones, a child amauking a puppy (carrying them in their hoods) or a dog team being raised and trained on the town’s outskirts.

Our first unplanned dog arrived one weekend as my fiance retreated with friends to our cabin. While warming their meal, a white husky sled dog with black spots appeared and refused to leave. This stray dog had become separated from his team one month earlier during the annual Hudson Bay Quest (dog-mushing race) and managed to scavenge for survival. The next day, she ran twenty-five kilometres back to town alongside my fiance’s snowmobile. Man had found his new best friend. This dog we named Nuna (‘the land’), and she became our dream dog: already trained, mild mannered, and smart as a whip. We loved Nuna right down to the essential tasks of shovelling her crap.

After six months of adapting our lifestyle around her, and spending a small fortune to send her out to Manitoba to be spayed and tattooed, she was shot. We were outraged and devastated to find out that at that time, the only home for a lost dog was the local dump.

Our next dog was a gift from a student of mine. Jogging past his dog team during the Terry Fox Run, I was led to his new litter. That misty night, when we knew he would be running his team, we went out excitedly and watched as a red, white, and black puppy looked at us quizzically and chose us. We called her Nuna, to carry her namesake forward, and spent two full years trying to domesticate a closer-to-wolf dog. We did the usual Christmas classic and sent out a photograph of our two year old cuddled up with her handsome husky, and chuckled at how conventional we were becoming as pet-owners.

We brought Nuna II with us to St. John’s for our one year leave and managed to last one week in suburbia before complaints were made and we were forced to pen her up in our house when we had to leave her. We hired a dog trainer, watched the Dog Whisperer, and sought the secret to converting Nuna into a city dog. We decided kennelling her in our house was less humane than tying her on where she was comfortable outside, despite neighbours’ protests, and moved her back to the country. She adjusted, and resumed her long unleashed runs with us, except this time chasing rabbits in the woods in Torbay, and swimming in the Atlantic. The natural instinct to survive and adapt in the most difficult of situations or unfamiliar places is something we have in common with our pets and suggests why people take on the unnatural domestication of pets. They inspire us to keep going when times get tough.

Once a dog of the north…

Our pet’s connection to the northern landscape never left her and her instinct to hunt and run grew stronger. While showing friends home videos of the North, the simple sound of a running snowmobile would send Nuna into a frenzy. She would jump up, ears erect, and run to the door. She ate mom and dad’s patio steps, tore through bags of garbage, dug up the yard, brought home random kills, and made us savage with her quite regularly.

Nuna returned to the north with us matured and went missing four months later – a pattern I remembered all too well. Nine hours after her disappearance, she found her way home and greeted me despairingly with tail tucked between legs and ears back. She growled for the first time in her life at our son who jumped on her, as he always had. There were no flights to the south that day because it was Remembrance Day and the emergency number we called in Winnipeg concluded that she had ingested something toxic and should be put out of her misery. We couldn’t bear the thought and sat with her until she died in our arms on our bathroom floor. This time, our dog had eaten herself to death. Poor Stupid lovely Nuna. Back to the land we returned our second dog. This time, a family of four grieved. Heartrendingly, our little dude stood in the window calling her name repeatedly, having just learned how to say it.

Determinedly, this dog would not be our last.

As our third child was about to be born, we went as a family to pick out a runt from a litter of twelve, brought home a new husky-shepherd cross and named her Pi. As the years have passed, our house has gone from a couple sharing a rental property to a family home brimming with life. The Christmas season has arrived again, and a full circle presented itself to us. This past weekend our turtle, Radix, was accidentally dropped and found himself in need of emergency cracked shell repair. In keeping with small town flavour, anyone within arm’s reach jumped on the internet to google homemade remedies, helped transport him in minus forty temperatures to our house, and all worked together to save the only turtle in town. Caring for pets in remote places is not a simple task.

A day later, as Radix basked himself back to health on his rock, we were making puzzles with our kids. Pi, now a year old and at the end of an unexpected pregnancy, entered her labour in the next room. Completely unassisted, she delivered nine new puppies into our family. The sweet melodies of our daughter, singing to the puppies, articulates the emotion pets can evoke in families. The making of memories with all our pets have solidified experiences for our family and taught us that love and endurance are the only way through the disarray. 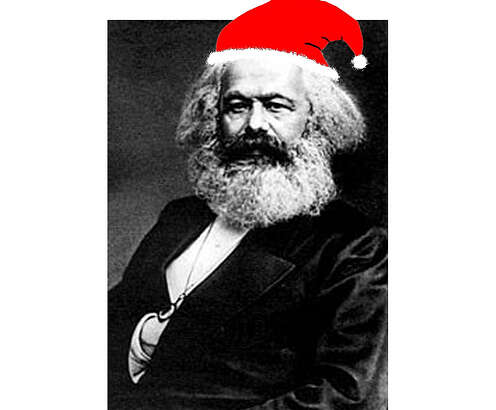 Have a ‘happy happy happy’ holiday
And now for the final mad thought of the year: a reflection on the sane frivolity of the holiday season. 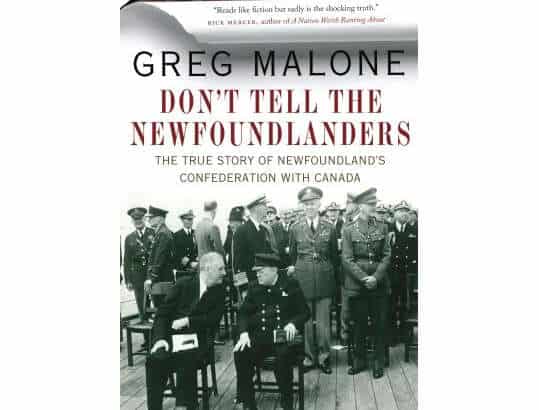 An “unruly and prodigal child”…(part 2)
Hans met up with Greg Malone to discuss his new book 'Don't Tell the Newfoundlanders'. In Part 2 of this feature, they discuss the confederation…