Skip to content
Seek Ye First the Kingdom of God

CHEAP Thrills: This Week at The House

Question Period is like a soap opera, except about politics and with terrible pacing. Old storylines are picked up wherever they left off while new, meandering subplots bubble up all the time. All the actors in the show have tangled, weirdly passionate interconnections that sometimes go back decades. But the script is badly written and all the drama is exaggerated beyond any resemblance to a reality most people would recognize. Prolonged exposure seems hazardous to human mental health, and I worry the surrealist funeral parlour lighting in the scrum room might trigger an acid flashback.

Outside of the actual content of the House of Assembly, though, it has been a tremendous first two weeks at the House of Assembly. My colleagues in the press gallery are all lovely. I am deeply humbled to be part of that small cadre charged with checking on the stewards of the state. This job would be impossible without peer support.

And that’s enough sincerity from me! Back into wearied cynicism I go. Let’s take a look at the top stories coming out of the House this week.

On Monday, PC leader Ches Crosbie released his personal plan to save Newfoundlanders and Labradorians from spiking electricity rates after Muskrat Falls comes online: the Crosbie Hydro Energy Action Plan, or the CHEAP. (Or, less charitably: the Crosbie HEAP.)

Most of the plan proposes to follow the lead of the interim report on rate mitigation from the Public Utilities Board released in February. “We’ll do what the PUB says” is a perfectly reasonable plan for action, but nothing about it is proprietary to the Crosbies.

Otherwise, the CHEAP plays like a collection of Tory greatest hits. Fight harder for the Atlantic Accord! Find a new legal technicality to subvert the Upper Churchill contract! Make a basic accounting error that nullifies a quarter of our mitigation money! Everything you’ve come to know and love from the Progressive Conservative brain trust that brought us Muskrat Falls.

I’m being harsh on the Tories. Ideological autopilot isn’t unique to the PC caucus only. It’s the only kind of politics this province produces anymore. If the Liberal plan for rate mitigation that eventually appears is ‘better,’ you can chalk it up to the incumbency advantage and better access to consultancy resources. The government can afford to have McKinsey & Co. to write their election budget, after all.

Besides—the Liberals are already hard at work restructuring operations at Nalcor. Sort of.

This week, the Liberals formally introduced Bill 42 in the House, legislation that would separate oil and gas operations from Nalcor and turn them into a fully-fledged Provincial Oil & Gas Crown Corporation. (No name has been decided yet. “OilCo.” is my shorthand, but it doesn’t really matter what they call it.) Existing assets, equity stakes, and revenue streams (i.e. the Hibernia, Hebron, Terra Nova, and White Rose projects) will remain with Nalcor—rate mitigation money, baby!—while day-to-day management, exploration, and all future assets and revenue will be handled by OilCo. It will also handle the Bull Arm fabrication site as a subsidiary.

The government’s stated goal is to transform Nalcor into a pure electrical utility company for managing Muskrat Falls, and create a new Crown corporation to help meet the Liberal plan to double oil production by 2030. The province wants to establish NL as the “globally preferred location” for offshore extraction. They are betting that having a standalone petroleum company whose board of directors reports directly to the Natural Resources Department is the way to go. (You can tell they’re taking the “economic diversification” thing very seriously.)

Minister Siobhan Coady repeatedly assured the House that the process of splitting off OilCo from Nalcor will be a “net zero” transfer—in other words, that it won’t cost the public any extra money beyond whatever it cost to house all this at Nalcor. But OilCo won’t generate its own self-sustaining revenue until around 2025 when the Bay du Nord project kicks in and NL gets return on its 10% equity stake. (Also: why did the province start buying equity stakes in oil developments, anyway?)

Sure. If the province manages to turn a Nalcor subdivision into a full-blown corporation without incurring any new expenses in paying out promotions for everyone getting bumped up to an executive board and all the other new staffing requirements the Nalcor-cloned OilCo will need in the years before Bay du Nord, I will print and eat this column.

The birth of OilCo announces that the province is fully committed to doubling offshore extraction. It is doing so through a regime where the provincial state itself is involved in the promotion, development, and environmental regulation of a petroleum industry in which it is a literal equity stakeholder. It’s hard to shake the impression that the environment will get the shortest shrift in all this. Committing to doubling production through the 2020s is functionally climate change denial, and the Premier’s recent trip to Ottawa to lobby against increased federal environmental oversight of industry does not exactly inspire confidence in provincial commitments to ecological stewardship.

Speaking of good ecological stewardship, there has been a growing movement across the province to ban single-use plastic bags. In 2015, Municipalities NL started calling for a province-wide bag ban, and the province completed a comprehensive study of plastic bag management strategies in 2017. Liberal party membership also voted in favour of a province-wide ban at their 2016 general convention.

The movement culminated this week with Minister Graham Letto announcing another round of online consultations about banning the bag. This annoyed a lot of people and sparked a minor spat with his Liberal counterparts in PEI.

When pressed about it in the House, Letto insisted this new round of consultations will ensure that the plastic bag ban, if and when it comes, will be a flawless piece of legislation that won’t require any amendments. PEI had to amend its bag-banning bill once before it became law, which Letto appears to believe was a major political failure. The extra consultation is guaranteed to make everything bulletproof, because by leaving an online survey up for three weeks they can make sure no one’s voice is left out.

The Liberals love these online engagement portals. Expect to see some pop up along the road to democratic reform, too. If the plastic bag ban is your jam, you’ve still got two weeks to log in and tell the government to eat your ass and get on with it.

Just don’t get your hopes up. “Communist Revolution” was the top suggestion when the province asked the internet in 2016 how to fix the economy, and we’re still waiting on that one. I’m starting to think these things might be non-binding!

WHAT’S HAPPENING TO THE NDP?

Okay, so, this technically didn’t happen in the House this week, but I’m including it here because it’s significant news. The provincial NDP sent out a media alert at 10 A.M. on Thursday morning setting up a surprise press conference for 11. There, longtime St. John’s East-Quidi Vidi stalwart Lorraine Michael announced she would not be seeking re-election so that new leader Alison Coffin could be afforded the safest Dipper seat in the province.

This came as a bit of a surprise for a few reasons. For one, Michael very pointedly did not step down for NDP leader Earle McCurdy during the 2015 election. For another, when Gerry Rogers suddenly resigned as leader less than a month ago, Michael was very emphatic that she would run again. Then, on top of all this, it turned out that Michael’s sudden resignation and endorsement of Coffin took place without anyone contacting Sheilagh O’Leary, who had last week surprised the party (and the MHA) by launching a nomination challenge against Michael for the seat.

The inner workings of the provincial NDP are beyond me, but we can venture a few guesses about what is happening. This seems to be as much a flex by the new leader as an effort by the party establishment to signal to O’Leary that she should know her place.

Charitably, the situation looks so chaotic because Coffin has to do an immediate emergency reboot on a moribund party, and this is just a messy sign of the otherwise healthy shakeup required to get things in order. Uncharitably, the situation looks so chaotic because it is, and whatever long-simmering tensions that have been straining within the NDP since before October 2013 have been transformed into a proxy war between their some of their most highest-profile women candidates.

Nothing about O’Leary backing down from a provincial run after getting spurned by the NDP suggests these developments are positive for the party. But, as they say, we will know the tree by its fruit. It’s worth noting that it took the NDP four days after the close of their leadership nominations on March 1 to announce that Alison Coffin won by acclamation. The decision for Lorraine Michael to vacate her seat for the leader was made Wednesday night and announced immediately the following morning.

Make of that what you will. Something is happening in the NL NDP.

That’s a wrap for this week, folks. Join the Indy next time for another exciting adventure in gazing through the abyss called Newfoundland and Labrador Politics.

Memorial Students Rejected a Bad Proposal, Not a U-Pass Program 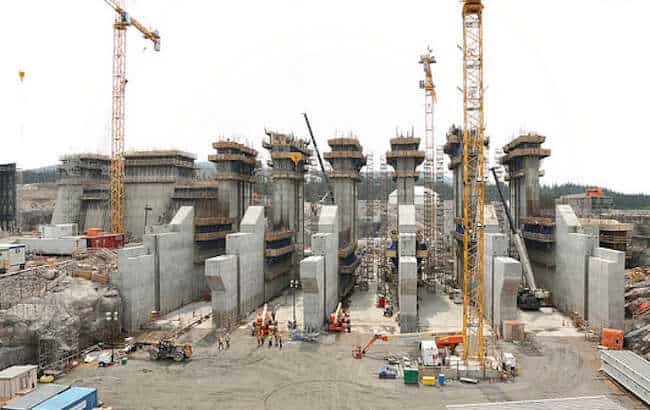 Muskrat Falls and the Tip of the Iceberg