Would you be willing to use an online app to share your sex life with researchers?

Hi everyone! Welcome to The Independent’s latest column: Sex Island. I’ll be using this space to discuss issues related to sex and sexuality. Because sex is fun to talk about, right? So here I am, talking about it — and this week, talking about watching it.

In developing this column, I tried writing out every question I had about sex. For example: How do we watch sex? What about watching in public versus private spaces? Can intelligence, objectification, equality and pleasure all coincide? (My prayer: yes!) Since the exercise took me in every imaginable direction, I thought it best to start with something concrete. Some hard science. A place from which to develop the rest of the topics. As a result, part one of “Watching sex” focuses on the Kinsey Institute. This internationally renowned institution is devoted to the field of sexology, and this article explores how it literally and figuratively watches sex.

I have become a pretty dedicated follower of the Kinsey Institute. Located in Bloomington, Indiana, it has evolved to become a global leader in sexual health research. In my two years as a sexual health educator, I witnessed the impressively positive impact the Institute’s work has had on individual lives. Through its websites, I accessed a huge amount of credible, reliable sexual health research. The Institute’s free publications assisted me in a wild variety of contexts: answering (the crazy variety of) school kid sex questions, developing presentations for people of different intellectual and physical abilities, cultural awareness in sexual health outreach, and so forth.

This past winter, the Institute released its latest app: the Kinsey Reporter. And the voyeuristic nature of this app was very “app”ealing to me (heh heh)…

So what’s an intrigued woman to do? She can:

And, of course, write a sexy article.

Before introducing everyone to the app, here is a little more information on the Institute and why (thankfully!) it has stormed our international sexual health consciousness.

The Kinsey Institute and the science of watching sex

According to the Kinsey Institute’s website, zoologist Dr. Kinsey began working with Indiana University in 1938. His efforts with the university laid the groundwork for American sexology. His renowned Kinsey Reports are a result of his two most famous studies: Sexual Behaviour in the Human Male (1948) and Sexual Behaviour in the Female Human (1953). The Kinsey Scale was an important tool developed in this research. It affirmed the fluidity of human sexuality, as well as the dimensions that exist between exclusive heterosexuality and exclusive homosexuality.

There were different methods used to collect data; however, observation was a key technique for all of them. For example, Kinsey and his colleagues interviewed thousands of people and were trained to observe body language to help guide open, safe communication. Kinsey and his team also literally watched sex: they witnessed and recorded live sexual acts. Participants in these recordings included volunteers, as well as Kinsey and his associates. It remains one of the most controversial aspects of his work.

Though Dr. Kinsey passed in 1956, the Kinsey Institute remains an important research body worldwide. For the past 67 years, it has operated as a not-for-profit body within Indiana University. It continues to expand its investigation into human sexuality: the Institute sponsors sexuality-themed art shows, and in doing so, it has amassed its own collection of visual art.

The durability and growth of the Kinsey Institute is a testament to its founder’s vision. Dr. Kinsey trained a whole new field of researchers to continue the collection of reliable and valid research in sexuality. This is especially impressive considering the climate under which this work began: work which would be controversial today was conducted at Indiana University within a mere twenty years of women’s suffrage in the United States.

The Kinsey Reporter: Inviting everyone to watch sex!

This winter, the Institute and its research partners released their app, The Kinsey Reporter. The app has a specific mobilizing mission: to get individuals to self-report sexual behaviour (or report on the behaviour of others).

According to the website, the “Kinsey Reporter is a global mobile survey platform to share, explore, and visualize anonymous data about sex. Reports are submitted via smartphone, then explored on this website or downloaded for off-line analysis.”

The app encourages individuals to become “citizen researchers”. I decided to become one. And I kept a diary of it. Here is my account of becoming a voyeur and researcher for the Kinsey Institute…

Watching Sex: There’s an app for that!

Opening the app for the first time, I was led through a brief history of the Kinsey Institute. After some fun facts, the screen settled on the regular option page, with options such as a map, submit reports, social media and online support.

The map impressed me the most. It is a world map that shows every report that has ever been submitted. Since the Kinsey Institute has promoted this app globally, checking the map out means checking out flashing sexual activity everywhere! I checked out the cities and towns of the many individual submissions — wild!

Though the Kinsey Report app requests that individuals provide information on their intimate behaviours, it also offers a solid guarantee for user anonymity and privacy. I found their precautions so impressive that it was the first time I allowed an app to “access my location.” Despite some stubborn Luddite values and the techno-government-paranoia inherent to my personality, these progressive sex nerds have offered an impressive product. It provides a secure network and protects privacy through measures similar to those used by the software of online banking agencies.

My immediate thoughts before I put this phone away and head to yoga:

This app makes me excited because:

Presently, most of my life consists of babysitting, yoga, snowshoeing and sleeping. On just my second day, I feel there are few public venues where I can pursue this academic voyeurism.

Today, I took the wee one to a free city playgroup; I began to notice the smiles and hints of flirting between the parents. Many are married, all are with babies; therefore, it’s safe to assume that many are without much free time and/or time to themselves.

With all of my admiration, I submitted my report on flirtations.

[That is my actual entry for that day — I have no idea if I was interrupted or just forgetful. But I’m keeping it at that…]

I thought he was lovely until he asked me if I was “one of them feminists.”
Blahhhhh BORING. I could only be more turned off if I imagined him hurting little animals.

Friends tell me their secrets, so I asked first if I could send a friend’s recent flirtation off into a Kinsey Report.

She filled it out with me.

One of the best giggles of the week.

Looking back on the Kinsey Reporter experience:

Navigating romance can be such a painful and awkward experience — a glance at the Reporter map shows how our embarrassments and successes are happening globally and in every moment.

Successes of the Kinsey Reporter:

It is a productive public engagement tool. It’s straightforward, entertaining and intelligent. The Institute is able to literally attach itself to the personal bodies of individuals, mobilize thousands of people to partake in its activities and then organize the information in a quick and attractive presentation. I have a feeling it could also be the foundation of a future mass collection of valid and reliable information. I’ll continue to watch the Kinsey Institute for all of their future developments. For this and future articles I will be availing of the free academic research on the Institute’s website. Feel free to make a contribution to this amazing, essential research body: www.kinseyinstitute.org/about/support.html.

Feedback is very much encouraged! Email me at [email protected] 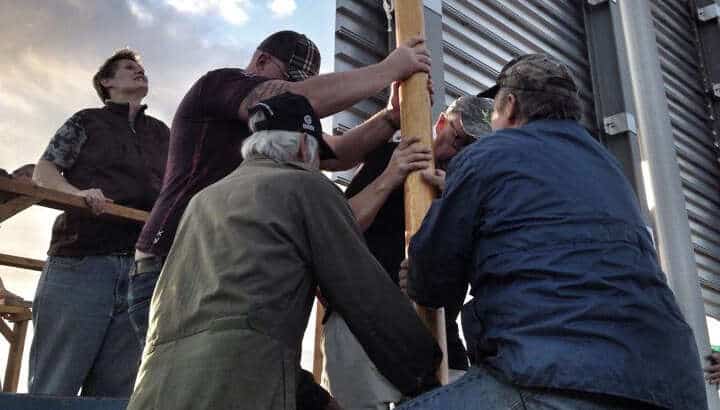 Labrador-ism at the crossroads
As Labradorians hold flag raising ceremonies this weekend contrary to the government's wishes, the acts of defiance are about more than just the flag. They're… 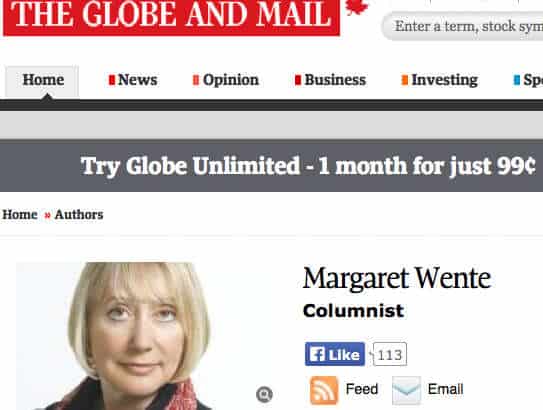