Is St. John’s a sports town?

Have you seen anyone around town in full body paint recently? Didn’t think so.

In the midst of the battle for Newfoundland’s most prized trophy, a funny thing happened to me: I lost all faith that St. John’s is a sports town. I’m sure those living in the City of Legends will argue with me and pelt me with some online tomatoes in the comment box, but I have come to the conclusion that we are not what we say we are when it comes to sports fandom.

As Mile One enjoyed its only bankable dates on the calendar, it’s clear that much of the cash in the coffers of the albatross ice rink comes from outside of the city. Fans at the Herder games were from out of town for the most part, a group of people invested in the success of a team they drove hours to cheer on. You know, fans.

I don’t believe St. John’s loves sports the way it thinks it does

In among those fans was a conservative sprinkle of locals, people from St. John’s who happened to get tickets and like a bit of hockey to watch. If they can get good seats. And if there’s enough parking. And if they don’t have to wait too long to get a meal at the restaurant before the game. Oh, and there better not be overtime, because Law and Order isn’t going to watch itself later.

These are all real complaints I heard from real people who were really going to Herder games at Mile One. Even the Law and Order one.

Are you kidding me? Sports fans would say this? Seriously?

Before your blood boils and you call me out, let it be known that I was born in St. John’s. I’ve lived here my whole life and would consider myself as proud a ‘townie’ as there is. I just don’t believe St. John’s loves sports the way it thinks it does.

Fan is short for fanatic

Allow me to present not one, but two failed hockey franchises in support of this fact.

One was publicly owned, and it lasted for a while because the city believed that losing money was somehow a viable strategy to, well, make money.

The other was privately owned, and was met with such hostility from the city and disdain from fans because it “wasn’t pro” that it sunk like a stone once the financial burden of travel costs were thrown into the mix.

More examples? Varsity teams can’t get enough support to fill the Field House on game nights. High level soccer – that most people don’t even know about – can be found in St. John’s during the summer.

Amateur boxing and kickboxing do OK, but any success in terms of spectators usually comes from people who know someone in the ring or with the club that promotes the fights.

A fan drives six hours to see the home team play on the road, wearing in face paint and a team jersey, and then drives home afterward hoarse from shouting and still sweating from doing the YMCA in the aisles.

In a town where sports are king, would any such issues exist? I’d argue that they wouldn’t. A hockey team would still call Mile One its regular home, and if it didn’t, somehow, it would be a life-and-death proposition to find even the worst seat in the house for some Sea-hawks action, regardless of the sport.

For me, following sports is an obsession, and live sports is as good as it gets. When we lost hockey teams and nothing was around the corner to replace them, instead of waiting, a real fan would go find something new.

A fan isn’t passive, doesn’t just sit around and waiting for exciting sports action to jump into his or her lap. A fan drives six hours to see the home team play on the road, clad in face paint and a team jersey, and then drives home afterward hoarse from shouting and still sweating from doing the YMCA in the aisles.

It’s been my experience in St. John’s that those types are few and far between. And that, folks, is no sports town where I come from.

Spend baby, spend
Being out of whack with everyone else isn't particularly strange for us, but actually having the cash to invest in and diversify our economy is. 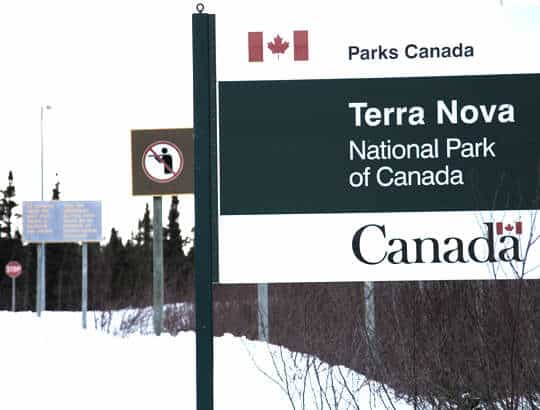