As stated last week, the development of kickboxing in Newfoundland and Labrador has hit a snag. The sport, home to some of the best amateur athletes in the province, is in a downswing due to a lack of officials. The athletes are there, the coaches are there, the interest is there. The officials aren’t.

In an effort to do my part, this past weekend was my debut as an official for the Council of Amateur Sport Kickboxing. Given that it was my first night I wasn’t exactly overwhelmed with life-and-death responsibilities, but the experience was exciting all the same.

With competitors on weight and ready to go, fans started piling into the arena for the first bout of the evening, a spirited affair that went to the judge’s scorecards. I wasn’t judging that fight, but the right man won.

My first work came in a slugfest between two female competitors that had spectators out of their seats and raucous for the duration. The two ladies stood toe-to-toe and threw leather like their gloves were on fire while friends, family and interested onlookers were drawn in to the heart and skill on display.

What struck me most in my first bout as a judge was how visceral the experience is. It’s very difficult not to be drawn into the thumps and thuds of body shots, or the shifting and shuffling of a competitor trying to make space and gain his or her bearings. It’s easy to watch a fight on television and say the judges got scoring wrong, but until you’re in that seat next to the action there’s honestly no way to describe the experience.

That said, for a first fight you couldn’t ask for a more hectic pace – that had to be viewed with specific scoring criteria in mind – than what those two girls put on in the ring.

After watching another fight away from the table, I returned to my perch to find it slightly more red than when I’d last been there. An exchange near the ropes on that side of the ring had resulted in a few drops of blood being left behind. It just added to the experience. While some may think these competitors don’t pack a wallop because they’re wearing headgear and 10 oz. gloves, I’d have to submit my stained workstation as proof that they do.

My final two fights ringside were both enjoyable. Recent Canadian Novice 71 kg National Champion Daniel Dalton showed that he could be among the next crop of top kickboxers from this province. I had him ahead on my scorecard, but that ended up being erroneous – the referee stopped the fight for safety reasons when Dalton’s opponent received a third standing eight-count. (This is a method referee uses to determine the level of potential damage a competitor may have received, and whether or not that competitor is fit to continue).

If these officials stick around long enough, there’s a good chance this sport will get where it needs to.

I was also at the judge’s table for the main event of the evening, a spirited tilt that provided fans with great technical striking and a rousing ovation for both competitors once the fight came to a close.

Overall, the evening was a success. Fans went home happy, competition was respectful but hotly contested, and learning the proverbial ropes of judging only a few feet from the ropes that contained the combative action was a unique experience.

Does it have me believing that the sport is on sturdier legs than it was when I wrote a week ago?

There were a half a dozen other debutante officials along with me to suggest it’s going in the right direction, but it’s probably too early to tell. What I can say, though, is that the fan interest, calibre of coaching, level of promotion, and ability of the athletes is there. If these officials stick around long enough, there’s a good chance this sport will get where it needs to. 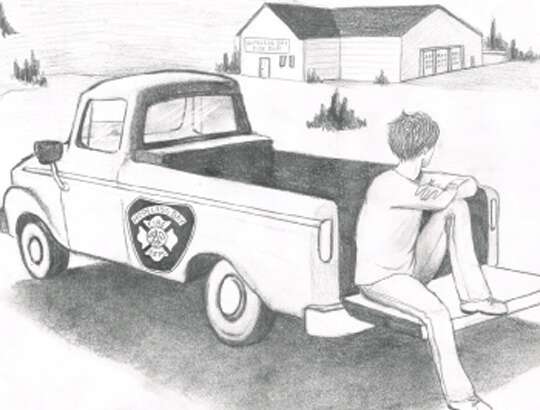 Chapter 5: Future on fire
How was I going to get respect in this town without telling everybody I had more money than they did?

Nalcor and Innu disagree on impact of hydro dams