You can always go home again

Anyone with ears has heard it uttered at least once: you can’t go home again.

Granted, in most cases it’s just something people say – but for some it’s true. Once you leave home, you’re gone.

If the local senior hockey circuit is any indication, hockey players never got the memo.

More than in any season in recent memory, possibly in history, senior hockey in Newfoundland has been blessed with the return of elite talent to the frosty barns that litter the island. It’s been more prominent in the West Coast Senior Hockey League (WCSHL) in the past – guys returning home or coming from away to play – because the money is good and the work isn’t daunting. However, the Avalon East Senior Hockey League (AESHL) has caught up in 2010-2011, making for impressive competition across the province.

There seems to be unlimited numbers of stories floating around this season of guys who came home to chase the Herder.

Brandon Roach of CBN decided high-level pro hockey wasn’t for him and elected to come back and play with friends for his hometown CeeBees. Scott Brophy did the same, though rumours suggest it was employment and family that sold it to the former QMJHL standout. Colin Power of the Mount Pearl Blades turned down the ECHL and Europe to play at home and finish a degree at MUN. That’s only three names, all on the Avalon. If it weren’t for space constraints, I could use this entire column to just list guys who have made similar choices all over the island.

Long story short, good players with a lot of years left are choosing Newfoundland. Senior hockey is evolving. It’s becoming about the road ahead for players, instead of the miles already clocked.

It’s hard to say what exactly is causing the transition. Given that, aside from the occasional mercenary who flies in on weekends to lace up the skates, very few of the players in the league could be considered “professional,” there are a couple of logical reasons for the influx of returning talent.

The first: as politicians and flag wavers would have you believe, the province is becoming a more attractive option. Men with young families and an education can get work at home. Given the pull that most Newfoundlanders feel to the island, it’s more appealing than riding the Wheeling Nailers team bus across the continental US for $500 a week.

I could see it.

When youth isn’t everything

The second: hockey is becoming a young man’s game. Tune into the NHL and I’ll bet you 70 per cent of the stars you’re watching are under 25. While the local junior circuit keeps the teenagers occupied on the island, it’s a pretty clear mirror to the NHL that younger guys who once would have been found in other leagues and other parts of the world are showing up and impacting local senior hockey.

That’s not to say these are the only reasons talent is returning to Newfoundland rinks. Some guys like to hunt and snowmobile, others like the idea of coming back from away to carry a team to glory instead of slogging on an obscure fourth line. Others have accepted that a run at the pros is behind them – but the time to give up on competition entirely hasn’t come yet.

Regardless of the reasons a player has for returning home to play hockey, the island is better off for it. There is a depth of talent that hasn’t been evident in recent years, and the parity between both leagues, as well as within them, is obvious on almost a nightly basis.

You can never go home again? Ask the players and fans of Newfoundland senior hockey. I think they’ll respectfully disagree.

Welcome to the Dark Side
Finding inspiration in dark corners, airport tantrums and shrinking ice caps 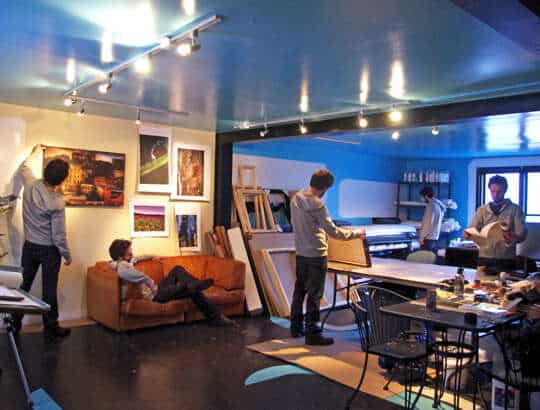