A son of Labrador in Kyoto

A Labradorian looks back on his home with mixed feelings, and reflects on what Japanese and Newfoundlanders/Labradorians can learn from each other

My name is Theodore Bonnah, but folks call me Ted. I was born in Goose Bay, but moved to St. John’s when I was ten and grew up there. I now live in Japan, and have done so on and off since my first trip here in 1996.

I’ll always be proud to be a Labradorian and Newfoundlander, but have made the transition from one cold Atlantic island home to a warmer Pacific one. I am as comfortable eating fish and chips at my gramps’ cabin in Brigus as I am dining on fresh caught raw squid with my in-laws in Karako, and as uncomfortable crammed into a Metrobus in St. John’s as I am driving on the left side of the road through crooked and crowded Kyoto streets.

Leaving home has never been a big issue for me, just as it probably wasn’t for my ancestors. On my mother’s side I am a Labrador Métis of mixed Orkney Scot and Labrador Inuit stock. (Incidentally, Labrador is the only place where Métis means mixed Inuit and European instead of Indian, and the Labrador Métis Association has just changed its name to the more native-sounding NunatuKavut.) I finished my BA in English at MUN in ‘96, then went to work for the Japanese government teaching English in a small southern fishing village, and returned again after my contract ended in 1999 to get a blackbelt in Shotokan karate. I returned to St. John’s in 2003 with Tomiko, the love of my life, and we stayed there for four years while I got a B Ed, then my MA, and finally some teaching experience at Ecole des Grands Vents. We returned to Japan to care for her mother in 2007, and since then I have been teaching Communication and Writing courses for the economics faculty of Ritsumeikan University on the Japanese mainland. Now my wife and I live 20 minutes outside of Kyoto, which with its beautiful summers, running waters, unique culture and shockingly cold winters, reminds me in many ways of St. John’s.

As much as I love St. John’s, I don’t subscribe to the idealized image of Newfoundland that so many expats do.

Needless to say, Newfoundland is generally unknown to most Japanese people. Labrador is just a clothing line here – everybody knows the dog that adorns the shirts, but they are shocked to hear it is a real place. A lot of foreigners who live here are changed by the experience, becoming a little colder or more reserved (either in response to, or in imitation of, the locals), but there is little difference between myself in Kyoto and me on the streets of St. John’s. I will always be a Newfoundlander, ready with a smile or joke for my co-workers or students in whatever language. Sometimes I catch a Japanese documentary about Newfoundland with titles like ‘St. John’s: Foggiest City in the World’ or ‘Iceberg Hunters of the Arctic’ and laugh at the gap between the rough yet warm speech of Newfies and the polite Japanese translation at the bottom of the screen.

As much as I love St. John’s, I don’t subscribe to the idealized image of Newfoundland that so many expats do. I will always recall breathlessly watching the dancing Northern Lights in my childhood, and eating the fresh salmon and caribou my uncle caught and grandmother cooked while surrounded by family. St. John’s will always be the magical city of my youth in the 90s, with all-night parties at Oxen Pond Road or near Bannerman Park, bonfires at Outer Cove, live shows at Bar None, and friendships from MUN that endure still, although we have spread across the globe like dandelion seeds. But equally to me, Newfoundland is the place that let tuberculosis burn unchecked through Labrador Inuit and Innu populations after Confederation until they got their act together in the mid 50s. It is the highschool where I was chided as a ‘skimo and ‘skapi during my teens, and the Health Sciences Center where my wife nearly bled out waiting in the Emergency Room. Just as I know how those few weeks of Newfie summer can be heavenly, I know full well how those grinding months of Newfie winter can be a certain type of hell.

I have adopted small Japanese customs…I feel these additions make me more like the ideal warm Newfoundlander we strive to be.

What I do miss above all else about Newfoundland is the people. I admire the hell out of all my friends and relatives who stayed in Newfoundland, paid their dues and carved a homeland out of a rock in the Atlantic, and my relatives who revel in the freedom and beauty of The Big Land. I miss the easy friendship of the Newfoundlanders I know, their taking care that everyone at the party was engaged and enjoying themselves equally, and the quirk that made each one special. The Japanese, especially those from Kyushu where my wife is from, with their shimakuni konjo (island spirit) and love of a good get-together with beer or sake and plate after plate of sashimi (raw fish) and agemono (friend foods), come passably close, but are sometimes bound a bit tightly by Japanese rules.

Kindred spirits, half a world apart

I choose to focus on the similarities between Japan and Newfoundland, not the differences, and enjoy thinking how they could learn from each other. Newfoundlanders could learn a lot about finding joy in work and giving their time to others from the Japanese, while the Japanese equally could learn from Newfies how to accept themselves and others and how to enjoy another’s company without pressure or concern about the details. I have adopted small Japanese customs like omiyage (giving souvenirs after a trip) and thank you cards. I feel these additions make me more like the ideal warm Newfoundlander we strive to be.

When the great Tohoku Earthquake struck on March 11th, Tomiko and I were visiting my grandparents in Goose Bay, where I hadn’t been in a quarter century. When they asked ‘Will you go back?’ I replied that Tomi’s family, my work, and my studies were all in Japan far enough from the disaster zone, and that our lives were there. I also felt that I would not abandon Japan for one simple reason – it had become the place I thought of as ‘home’.

As for Japanese people, the ones in the countryside especially are pure Newfies. Think about it – they live off the east coast, are traditionally fishers and farmers, and have their own music, art, and language. When I hear southern Japanese, it translates in my head with a Newfie accent. I have a few Japanese friends who live or have lived in St. John’s and even Goose Bay, and all relish the company of Newfoundlanders. That is why, although I will always remember fondly Labrador and Newfoundland, I will probably lead the rest of my life on these islands, far from the ones where I began it.

Breaking news: Ontario has good idea
Ontario publishes the salaries of its highest-paid public employees. Why don't we? 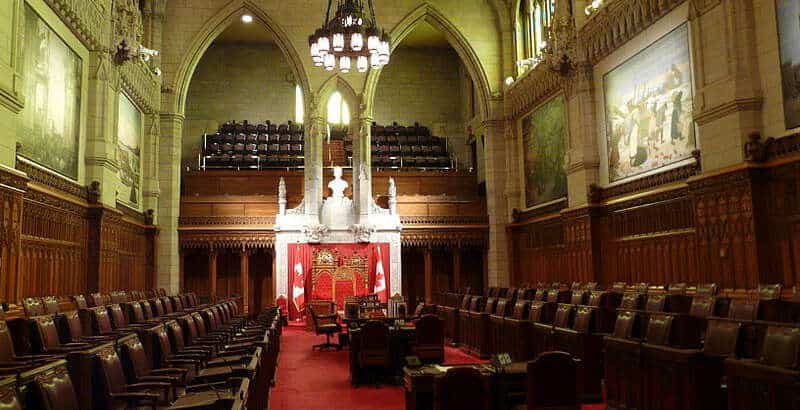 A Balancing Act (is coming)
In talking about Senate reform, people are missing the point. In fact, most of the points...