A short list of some of my favourite protected areas to visit on the Avalon Peninsula.

For my regular readers, I’m going to take a different approach with this column. In the past few months I’ve written about some of the most serious issues facing natural heritage conservation in this Province – cuts to parks and reserves, the anti-protected areas agenda and so on. In this column, I will take a break from the issues and instead make a few suggestions on where you can go to enjoy our unequalled natural areas.

My focus for this column is on the Avalon Peninsula. At first I was going to cover the entire Island, but I found I didn’t have the space to cover it all. Future columns will look at the equally wonderful natural opportunities in the rest of the province. There’s no rhyme or reason for the areas I suggest except that (1) they’re protected areas and (2) I’ve been there. This is not a “top ten” list, so fans of other areas please don’t be offended. Having said that, at the end of the column I’ll provide a link from National Geographic that provide a much more comprehensive list of our natural areas.

When I think of the Avalon Peninsula, I am invariably drawn to the coastline. Although there are many special areas and features inland, it’s the coastline that drew the early settlers so they could be near some of the richest fishing grounds in the world. We are not the only species to recognize this – seabirds found this out long before we did. In fact, we humans are the minority. Say there are 250,000 people on the Avalon. The summer seabird population outnumbers us by at least a 40 to 1.

The most convenient way to visit one of these seabird cities is to take a boat tour of the Witless Bay Ecological Reserve. The reserve consists of four islands stretching from Bay Bulls to Tors Cove. You can choose from large tour boat operations or, if you look a little harder, you can find a couple smaller operations that provide a more intimate experience. Some are as close as 20 minutes from St. John’s while you may have to drive an hour to reach the smaller ones.

More than a million seabirds nest on these islands during the summer. This reserve is most known for the Atlantic Puffin. And so it should be – about 7 out of 10 Atlantic Puffins in North America nest here. These stout seabirds are famous for their brightly coloured bills – one common name for them is the “Sea Parrot”. The tour boat guides are well informed about the reserve and the seabirds, but you’ll find that your experience is that much richer if you read a little before you go. For example, puffins burrow into the ground instead of building nests. That’s why you’ll see some of them standing sentinel on the grassy banks of the islands. Also, the puffin’s bill is ideal for carrying more than one capelin – if you look closely you may see a bird fly by your boat with a four or five capelin carried in its bill.

Since Atlantic Puffins dig burrows for their nests, the islands are honeycombed with thousands of metre long holes about the width of a pop can. Access to the islands is understandably restricted. I’ve been on Gull Island and it’s a real learned skill to walk over the burrows without collapsing them.

Other birds to look out for include the Common Murre, Black-legged Kittiwake, Black Guillemots and Razorbills. Knowing what these birds look like before you go will triple your experience. Guillemots and murres superficially look the same. Both have the “tuxedo” appearance with a white neck and belly and a black back. The guillemot’s coat is coal black and their feet and the inside of their mouths are a brilliant red – much more handsome than the murres. The murres (who always seemed a little dim to me) lay their eggs on the bare cliffs in large groups. Their coat is a more dusky black.

Witless Bay Ecological Reserve also sees hundreds of Humpback Whales each summer. Icebergs are often a feature, too. The best time to go is late June – July. The capelin are usually in which draws the whales and the seabirds are most active. This is the North Atlantic, however, so dress as if it’s March – bring a sweater and windbreaker.

A little more effort and you can visit Cape St. Mary’s Ecological Reserve. If Witless Bay Ecological Reserve is known for puffins, then “the Cape” is known for Northern Gannets. Cape St. Mary’s is on the southern tip of the Avalon Peninsula. There are a couple ways to drive there – the shorter route (with less traffic) starts at Salmonier Line while the longer but very scenic route starts just past Whitbourne. Again, warm clothing and hiking boots or rubbers are a good idea.

Gannets are spectacular birds – elegant princes of the seas and skies. They are big, stretching two metres from wingtip to wingtip. At first glance they may look like seagulls, but they are completely unrelated. They are mostly snow white, with black-tipped wings and pale yellow necks. If you get close enough to one (at and the Cape, you can) you’ll see they have brilliant blue eyes. These seabirds usually mate for life and return to the same nest site each year. They have beautiful bonding rituals. Sometimes a pair will face each other and gracefully extend their necks to each other – almost like they are kissing each other on the cheek. Other times, usually when the male returns with food, he’ll bite the female on the back of the neck (they don’t seem to mind).

I remember one time I rescued an adult gannet that was entangled in some rope. I would have just let him go, but the visitor I was guiding insisted that I bring the bigger-than-a-goose bird back to our humble guide residence. I wrapped the gannet in my raincoat and dutifully brought him back (I assume it was a him but it’s really hard to tell). Later that night I woke to find the gannet standing next to my bed staring directly into my eyes. Having watched these birds draw blood with their dagger-like bills, I was afraid he was going to poke my eyes out. Looking back on it, I think he was just asking to be let out like a good dog. Anyway, he flew away and, hopefully, was not too traumatized by the experience.

There are other world-class seabird colonies around the Avalon Peninsula, but they are largely off limits, either by regulation or inaccessibility. These seabirds have serious business to attend to and they don’t need us mucking around in every single one of their neighborhoods.

Butter Pot Provincial Park is a real treasure, just on our doorstep. It is huge – more than 28 square kilometres or half again as large as the City of Mt. Pearl. The developed areas, including campgrounds, roads, etc., accounts for less than 5% of the area of the park. The rest is wilderness. The six and a half kilometre hiking trail to the top of Butter Pot Hill is well worth it. The summit has one of the best views on the Avalon Peninsula. In my experience, there is little traffic on the trail, but you should wear something more than sandals or new sneakers. This is probably the busiest park in the Province, so if you’re planning more than a day trip, I suggest you book well in advance.

La Manche Provincial Park is not as large as Butter Pot but offers different features. There is a very nice sandy freshwater beach. A trail follows a river to an impressive 5 metre waterfall – be careful where you swim. A friend of mine got in a little trouble when she ducked under the falls – it’s more powerful than it looks. A short hike will also take you to the abandoned village of La Manche. The story goes that this little isolated village was devastated by the tsunami of 1929. Today, a few stone foundations remain. A spectacular suspension bridge (part of the outstanding East Coast Trail) has been built over a steep gorge. This is worth the trip alone.

These last two parks are relatively well known. Chance Cove Provincial Park, on the other hand, is a secret known only to a lucky few. This park is not for the casual camper – there are no staff on hand nor are they any designated campsites. However, camping is free and the wildlife viewing opportunities are second to none. At more than 20 square kilometres, this protected area is quite large. A short hike will take you to the beautiful coastline and, if you know where to look, you can observe a seal rookery (Harbour Seals, I believe).

I challenge you to visit one of these areas this summer. As they say, a bad day in a park is better than a good day in the City. For more information on these and many, many other areas, check out the new and outstanding on-line map guide of the Avalon provided by National Geographic (in cooperation with the Canadian Parks and Wilderness Society and the Government of Newfoundland and Labrador).

OK – so I lied. I am compelled to update you on a couple developments related to my earlier columns. With respect to the fracking proposal on the west coast, there has been a startling development. Never in my life have I seen the like. On May 22nd, Shoal Point Energy announced that they had received approval to proceed from the Canada-Newfoundland Offshore Petroleum Board. I can imagine (with some amusement) the reaction of opponents, supporters and CNLOPB managers – “What!?”

Many people are closely watching the story of this proposal and it is well known that approvals are no where near complete (e.g. Shoal Point has yet to submit their proposal to the Provincial Government). Later that day, Shoal Point Energy issued an apology stating that “Statements in the (first) release…were based upon Shoal Point Energy Ltd’s understanding of the situation based on public discourse and information communicated publicly.” The company’s hearing must be selective, because I am hearing a lot of opposition. In any event, their announcement was premature, to say the least. I am not going to delve into this further right now since I believe more information will come out in the wash. All I will say is that I find it hard to believe this was a simple mistake.

And, on another positive note, 24 Wildlife Officers have been rehired (sorry – the government says that the laid off officers are simply filling empty positions). Besides reinforcing my view of the current administration’s ability to plan their way out of a wet paper bag, this is a very positive thing. Hiring these people back doesn’t address the loss of biological and interpretive staff in the Department of Environment and Conservation, but it does bring enforcement levels back to the realm of responsibility. Did my little column have anything to do with this reversal? Of course not. Does this decision make me happy? Yes, with a warm summer smile.

Beyond Istanbul
Turkey's protest movement is sweeping other cities and towns across the country. The international media's just not there to capture most of it. 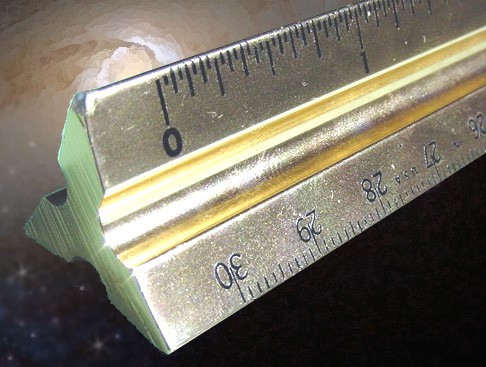 A ruler for all
Measuring the smallest and largest forces in the universe.