I have decided to submit a request to the Office of the Auditor General for a performance audit of the WAER Program because I’m beginning to believe only a voice of that stature and perceived independence will get the attention of the Provincial Government. All other efforts – and I can attest that there have been many – have failed. So, here is my open letter to Terry Paddon, Auditor General for Newfoundland and Labrador.

The Wilderness and Ecological Reserves Program (WAER) is the primary mechanism the Government of Newfoundland and Labrador has available to establish true protected areas. Wilderness Reserves are large areas intended to protect intact wilderness while Ecological Reserves are generally smaller and are used to protect specific natural features such as a seabird colony or rare plant site. With only one new, fully established reserve created in the last 10 years, the provincial government has failed to meet national commitments. That’s the first reason for this letter. The second is that the Wilderness and Ecological Reserves Advisory Council has been inactive because no members have been appointed, contrary to the WAER Act.

Newfoundland and Labrador benefits from a prosperous natural resource sector. The revenue and employment associated with the mineral and oil industries has enhanced the lives of all the province’s residents. Resource extraction, however, must be balanced with a science-based system of protected areas. These areas are essential to understanding the impact of our resource extraction activities. For example, in order to mitigate the effects of our resource extraction activities, we must have areas of wilderness for scientists to study as models for restoration or rehabilitation.

This need for a system of protected areas was recognized by the United Nations in the report “Our Common Future”, published in 1987. This report stated that the world’s governments needed to accelerate the establishment of protected areas through science-based planning. Provincial and federal authorities gathered in Quebec to discuss this need and, consequently, the Statement of Commitment to complete Canada’s Network of Protected Areas was signed by federal, provincial and territorial environment ministers – including Newfoundland and Labrador – in 1992. Soon after both levels of government began their respective planning efforts, usually called a protected areas strategy. Watched closely by the environmental non-government organizations, all provinces committed to releasing their strategies by the year 2000, including candidate protected areas for public review and comment. Twenty-two years after the initial commitment, Newfoundland and Labrador has yet to release this strategy. Every other province has done so and several, including British Columbia and Alberta, have largely finished implementing their plans.

I request that a performance audit be conducted on the progress of our province’s protected areas strategy as administered by the Wilderness and Ecological Reserves Program.

The second aspect of the WAER Program that I believe should receive a performance audit is the Wilderness and Ecological Reserves Advisory Council. Section 7.(1) of the Wilderness and Ecological Reserves Act states that, “The Lieutenant-Governor in Council shall appoint up to 11 members to the advisory council with at least 6 of the 11 to represent the public.” At various times during the 34 year history of the WAER Act, the Council has become inactive because the terms of the members have expired and no new members were appointed. These lapses rarely lasted for long. Since 2006, however, no new council members have been appointed and, consequently, the council has not met for some time. The council has duties under the Act that must be completed before a new reserve can be established, as in Section 12.(1). This section requires the council to share information on areas deemed suitable for protection with government departments, boards, et cetera. In the absence of a council, the reserve establishment process cannot proceed.

The provision for the council is one reason why the WAER Act has received such high accolades. Numerous national reviews, including academic assessments, have lauded the WAER Act. Besides the council, the WAER Act also requires public consultations before any reserve is established, as well as before any boundary changes of established reserves can be made. Additionally, the Act provides interim protection for sites while these consultations are being carried out. In the words of one report, “These public participation provisions are the best in Canada.”

The best tools are simply paper weights unless they are used properly. The failure to release a protected areas strategy, the dissolution of the Wilderness and Ecological Reserves Advisory Council and the lack of new reserves all point to a program that is not being administered as intended. Only a performance audit conducted by your respected office can throw open the shutters and shine light on the WAER Program – a light that will enable proper public discourse and involvement for one of the most important programs administered by the provincial government.

Breaking the myth of the ‘Perfect Mother’
For many of us, Mother's Day is anything but simple 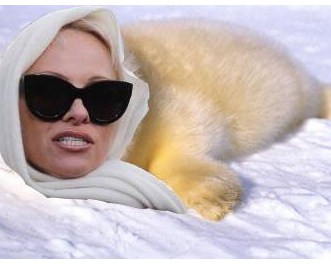 Ouate de Phoque
The seal hunt's on my mind. But not for the reason you might think.