As Spring grudgingly spreads across the province, she’s leaving an unprecedented number of potholes in her wake. In my 23 years or so in St. John’s I’ve never seen it so bad – they are everywhere. One reporter dropped a banana down a pothole because it was so deep, he couldn’t see the bottom of it. Spring is also the beginning of the “resource access” road construction season. As much as we hate potholes, we seem to love building new roads into our forests and other wild areas.

Resource roads are those that are built to “provide access to Crown land”. By 2006, the Department of Natural Resources alone constructed 3,100 kilometres of access roads on the Island of Newfoundland. That’s almost enough to drive to Winnipeg or Dublin. Indeed, between 1996 and 2001, 799 km of access roads were constructed. These roads, primarily built to provide industry with access to timber, were (and are) paid for by the taxpayer. Between 2003 and 2007, more than $100 million of taxpayers’ money was spent on access road construction. Thankfully, since 2007 the investment into access road construction has dropped to less than $5 million a year, down from the peak of nearly $30 million. This is only right – with only one major mill operating on the island, we should not need to build these roads at the same pace as we did when we had three major mills. Also, we must keep in mind that the 3,100-plus kilometres of roads built with taxpayers’ money are not the sum total. Hundreds of kilometres of “woods roads” were built by the pulp and paper companies and others.

Basically, woods roads have been built wherever there is timber to harvest. The most heavily impacted areas in rural Newfoundland are those with merchantable timber. The areas dominated by barrens or bogs are much less disturbed.

I’m not arguing that we should not have built these roads; we needed to access the merchantable timber. What I am saying is, now that the frenzy of woods roads construction is over, we should take a careful look at any new road construction into wilderness. Because we know two things for certain – roads destroy wilderness and our wilderness preservation efforts have not kept pace.

The World Bank—no doubt rife with tree huggers and left wing hippies—released a handbook on assessing the environmental impacts of road construction. In it, the impact of road construction on wilderness is made abundantly clear: “In human terms, this may mean that generations must function in a debilitated environment and suffer many possible socio-economic hardships and financial losses.” These and other effects have been researched and confirmed in literally thousands of studies. In summary, roads result in direct mortality to plants and animals through construction and collisions (e.g. road kills), they affect wildlife behaviour and movement and they can permanently affect habitats, ecosystems and watersheds.

That’s why we designate certain areas as Wilderness and Ecological Reserves. These areas are meant to protect intact ecosystems unaltered by roads or industrial development. But, as we’ve repeatedly seen in this column, Newfoundland and Labrador has fallen 20 years behind in our wildlands preservation. In fact, as we recently saw in the provincial budget, the Government of Newfoundland and Labrador considers road construction and cottage developments as “Preservation of the Environment” (their words, not mine). My regular readers (thank you, by the way) are probably tired of hearing me say this over and over again, so I’ll let someone else’s research speak to the issue.

In 2012, Dr. Erin Kelly published a paper titled, “Pathways and challenges to reinventing forestry in Newfoundland”. In this excellent piece of work, Dr. Kelly presents the single best review of the status of forestry in the province that I have read. Her assessment is frank and challenging. She states that policy-makers in the provincial government have a tendency “…to maintain (an) insufficient protected areas network…” I believe there is active opposition to the establishment of any new Wilderness and Ecological Reserves. To the policy maker’s credit, they have been astonishingly successful. We have only fully protected a few acres since 2001 while we spent well over $100 million on new forest access roads.

But, we are now in a time of change. There is no doubt that the forest industry is going through its most challenging period in its history. Yet, as Gen. Rick Hillier taught me in his book on leadership, a crisis is also an opportunity. With only one active mill in the province, now is the time to look at balancing the scales and establishing a system of protected areas. The first step to do this is by releasing the long-awaited and much-anticipated Natural Areas Plan. Government must move now, while we still have the opportunity to protect some roadless wilderness.

Without such a plan, the scales will be tilted completely towards new access road construction and the subsequent loss of wilderness. Recent concerns have been expressed about proposed road construction on the Avalon Peninsula for mineral exploration. Whatever the merits of such exploration, they will continue to be challenged as long as we ignore our responsibility to protect an adequate amount of roadless, wilderness areas. 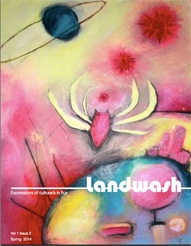 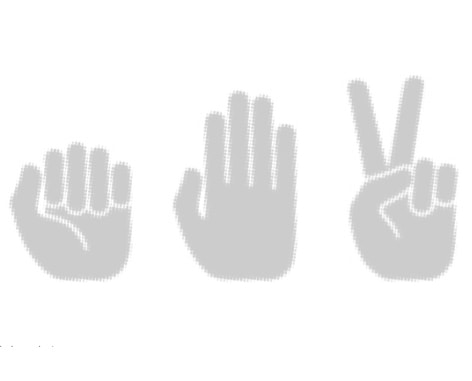